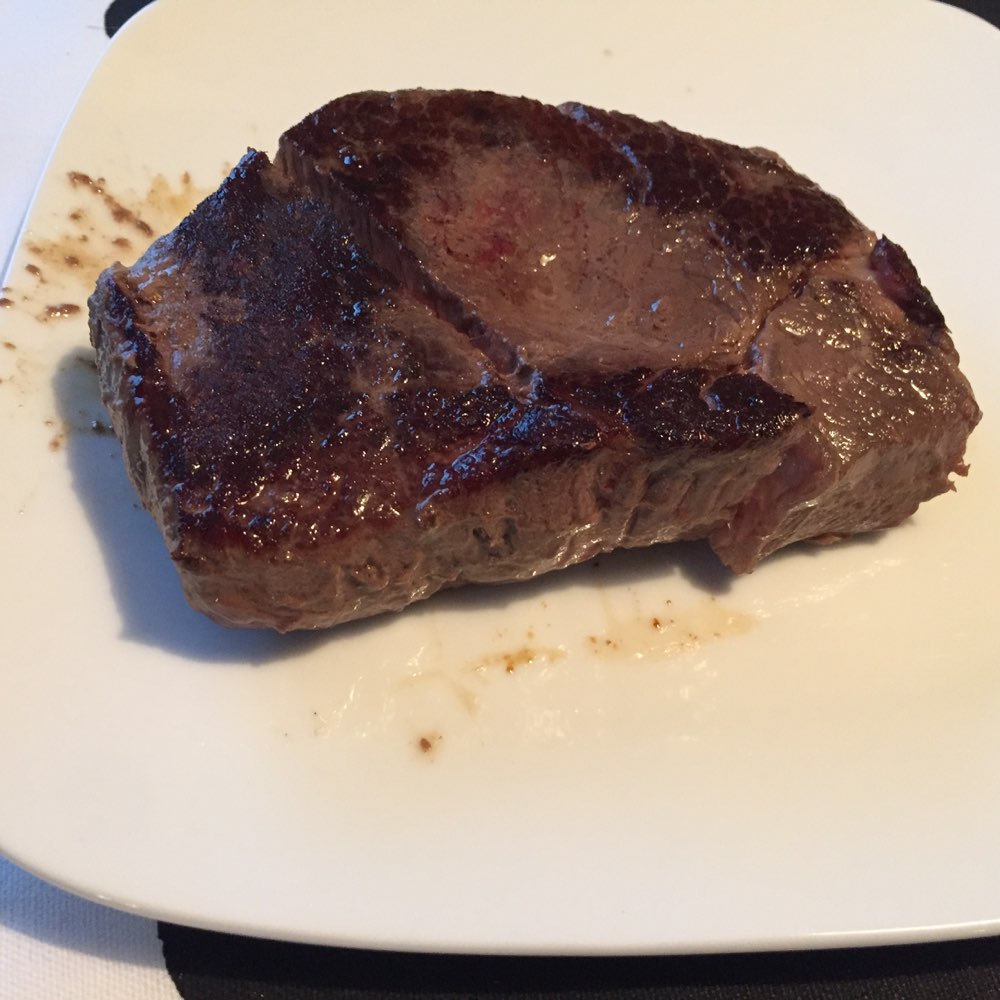 The original plan was to do something of a Meredith meal with some sous-vide steak too but we ended up not being very hungry so we just had the steak.

We went with a sirlion. Our favorite of sous-vide steaks was the tenderloin, our least favorite was the Delmonico. This one seemed pretty lean and was also a good price.

It was pretty good. The problem was it needed salt. I forgot it until the steak was already in the bag. I tried to add some salt but since it was in the bag, only some got salted. Those were the better parts. I do not know the pros and cons of salting before or after cooking, but either way, it could have used more.