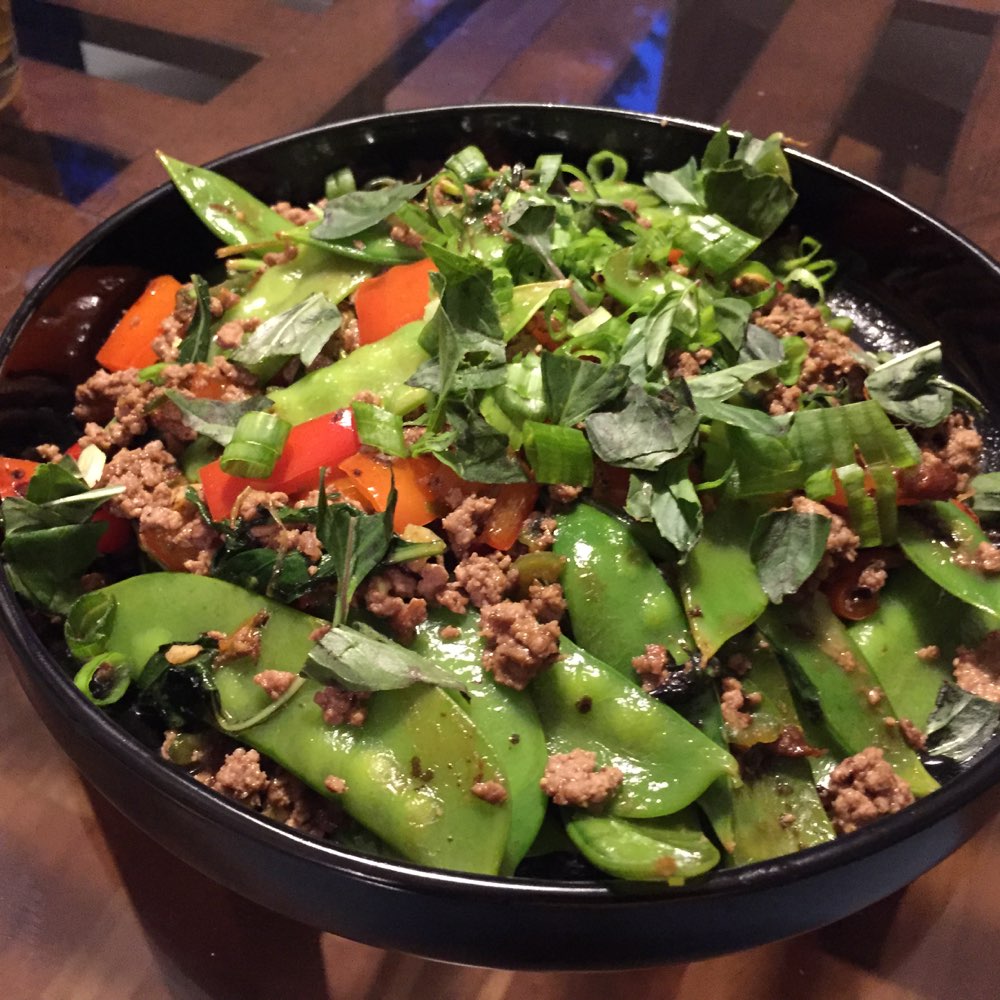 We made Thai Basil with Beef from the Shutterbean Recipe (Local 1). We followed the general idea for the beef (didn't do the slaw) and also added snow-peans and chopped bell pepper. Also, one semi-major change in how we cooked it was that I stir-fried it. This meant that beef cooked in about 2 minutes rather than the 10 or so and everything else just happened faster. Also, we used 2/3 of a pound of beef since we only planned 2 servings.

Since we didn't do the slaw, we just added the dressing at the very end with the heat off. The idea being that it would mix more easily. And then we still topped it with extra thai basil and scallions (we also added some scallions to the stir-fry)

We both thought it was pretty good. However, it was super lacking in spice! Next time, we will do a bunch of thai chili peppers instead of a jalapeno. I thought the sauce was good but maybe could have been a bit more pungent (read: a bit more fish sauce). It was hard enough to get Meredith to make the sauce with the specified amount, let alone add more!