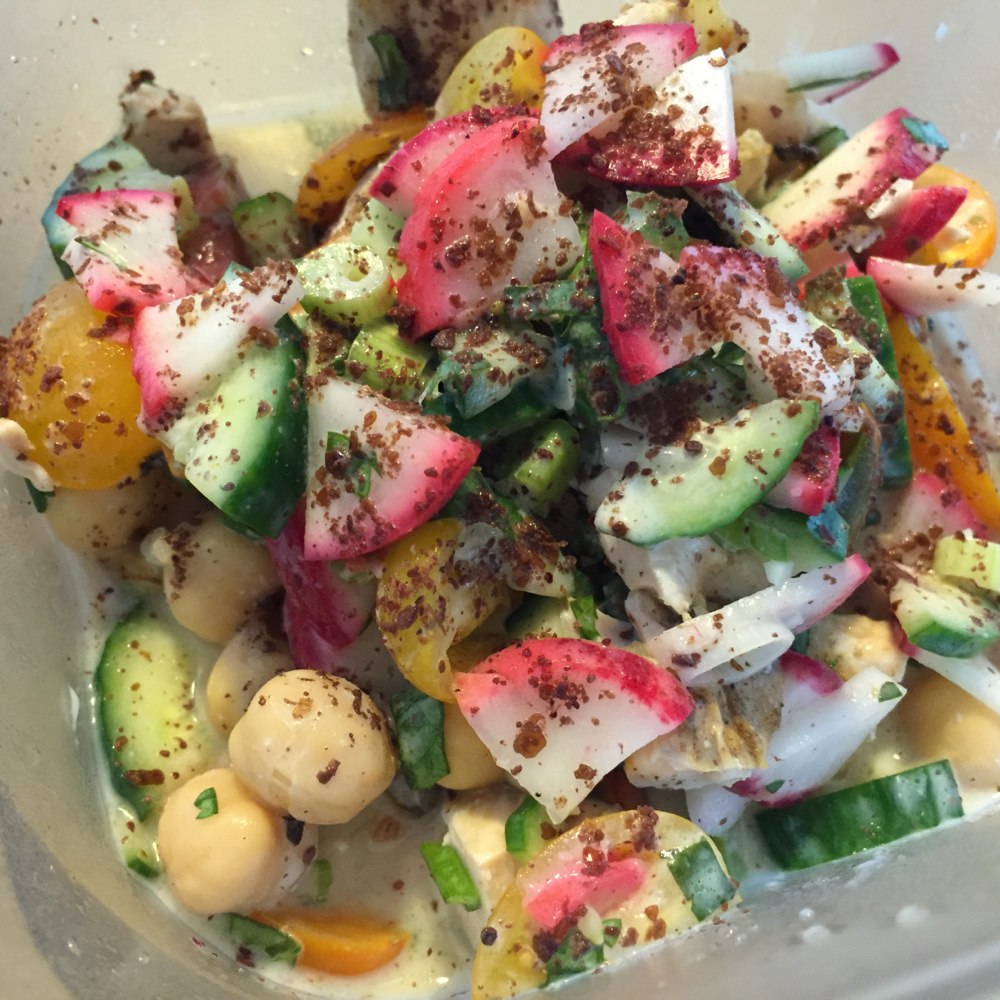 Meredith made Fattoush for lunches using the linked recipe. She followed the recipe pretty much except no mint or parsly.

I grilled up a bunch of chicken tenders to cut up and go in as well. I just topped them with salt and za'atar. After grilling it, I chopped it up but it wasn't a ton of meat so we also added a can of chick-peas to it as well.

For the bread, we used Trader Joe's Whole Wheat Middle Eastern Flatbread. We toasted it in the morning and then put it in for lunch. It actually didn't end up too soggy so that worked well. 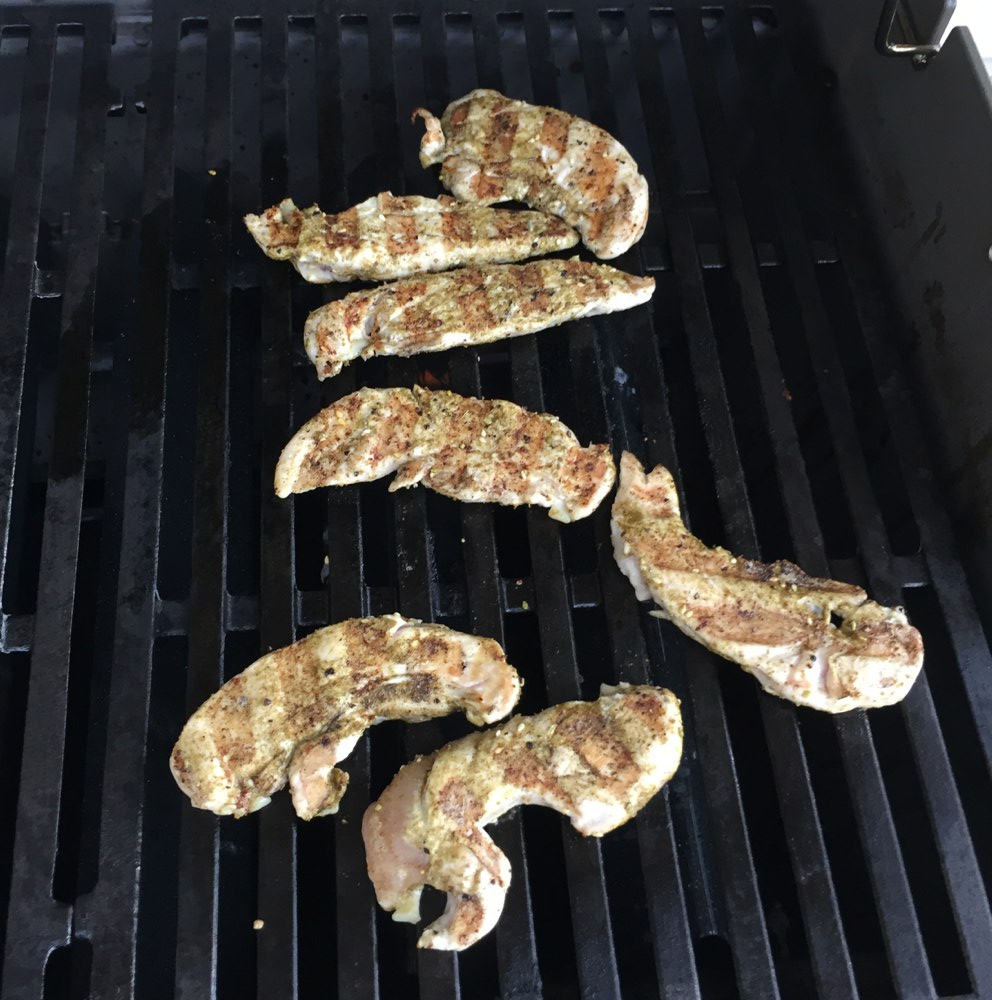 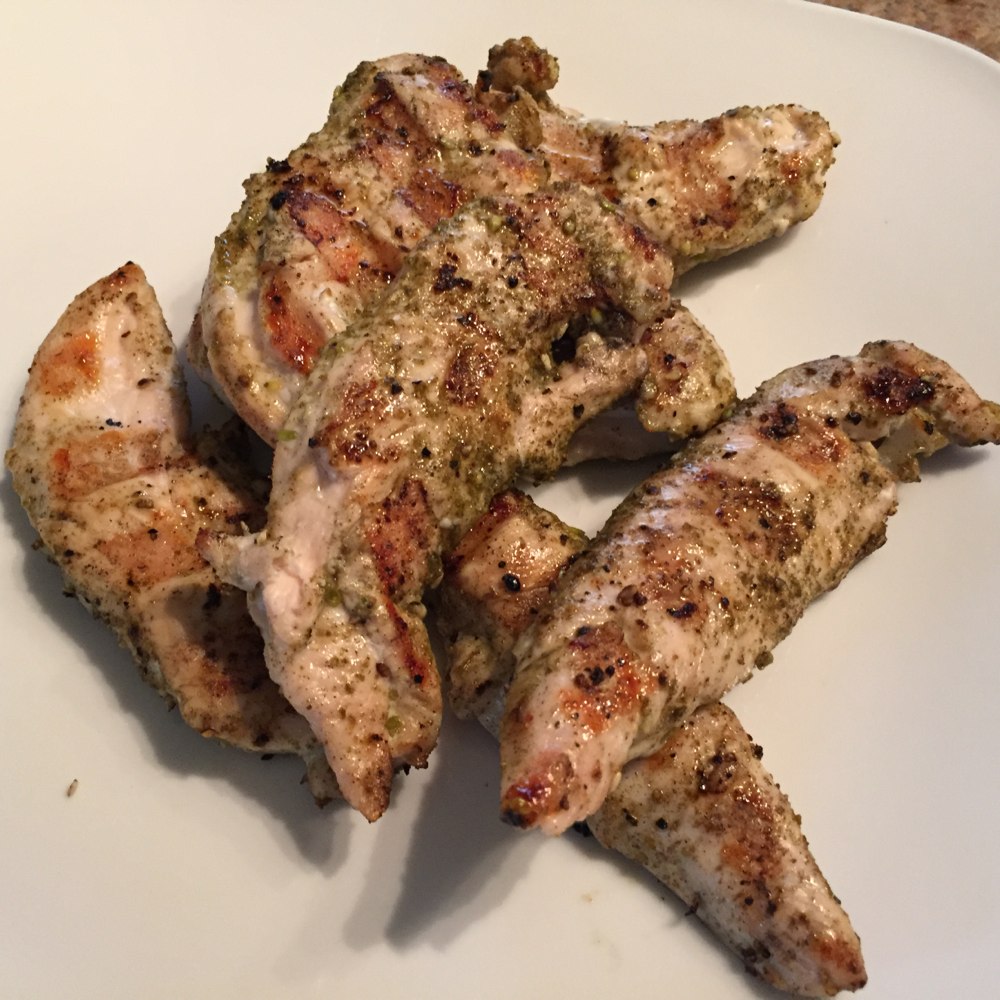