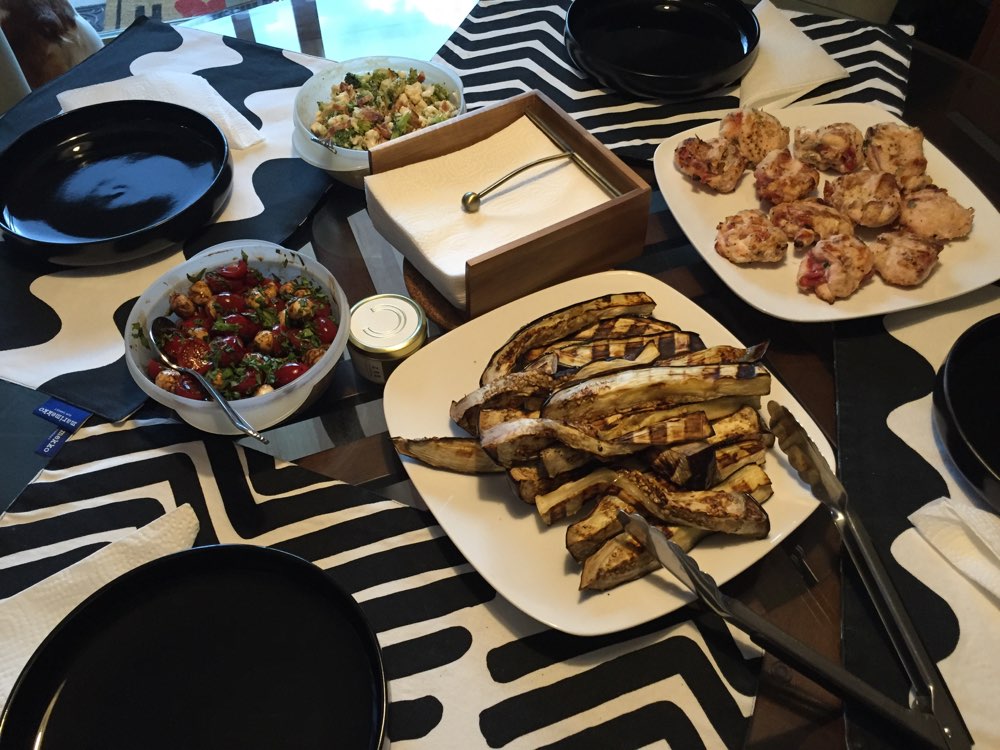 We had friends over and wanted to make a nice meal. They were bringing sides so we focused on dinner and dessert (and eggplant).

We made Chicken Saltimbocca. All of the chicken breasts at the store were too big so we went with chicken tenders. I pounded them out a bit and then made a marinade of:

I let it marinate for a few hours. I then dried them off and laid down a layer of prosciutto and some fresh sage. I closed it up in half, put a toothpick through (the long way from the front to the fold), and dredged it with some flour (with a bit of salt and pepper).

I grilled them for about 6 minuted per side. They worked out pretty well. I think I a toothpick of two1. But other than that, they were good. I do not know if I really got the wine though.

We also grilled some eggplant. Our friends brought a caprese salad and some cauliflower-broccoli salad. I really liked them both. We didn't make it, but they told us they reduced the balsamic first. I think I would try that in the future! It coated the stuff better and had a nice sweetness.

Meredith had seen this Joy The Baker recipe (Local 2). We made the pound cake but made High Altitude Changes. The altitude changes were:

We also added a bunch of chopped lemon thyme from Meredith's garden and the usual heavy on the vanilla.

We planned to reduce the time. I do not know if the oven wasn't hot enough or I forgot convection (really not sure). But it took a lot longer. I eventually had to cover the top to not burn it and let the rest cook through.

That did work well enough though.

After it was cool, I off four slices (8 total). I grilled them with the heat really low and coasted with melted butter (instead of oil). After I flipped them, I turned on the other burners on low and turn off the direct one while Meredith finished the strawberries. She macerated them with some additional lemon thyme and also lemon zest (and just a Tbsp of sugar). We did less sugar for the whipped cream (and a more soft-peak).

I forgot to take the final picture, but it was pretty good. The cake had a bit of crisp. It wasn't as heavy as a normal pound cake but I liked it a lot still. And the lines looked really fancy (even though it didn't make much difference).

It was also nicely moist (a concern for Albuquerque) but pound cake is pretty forgiving. 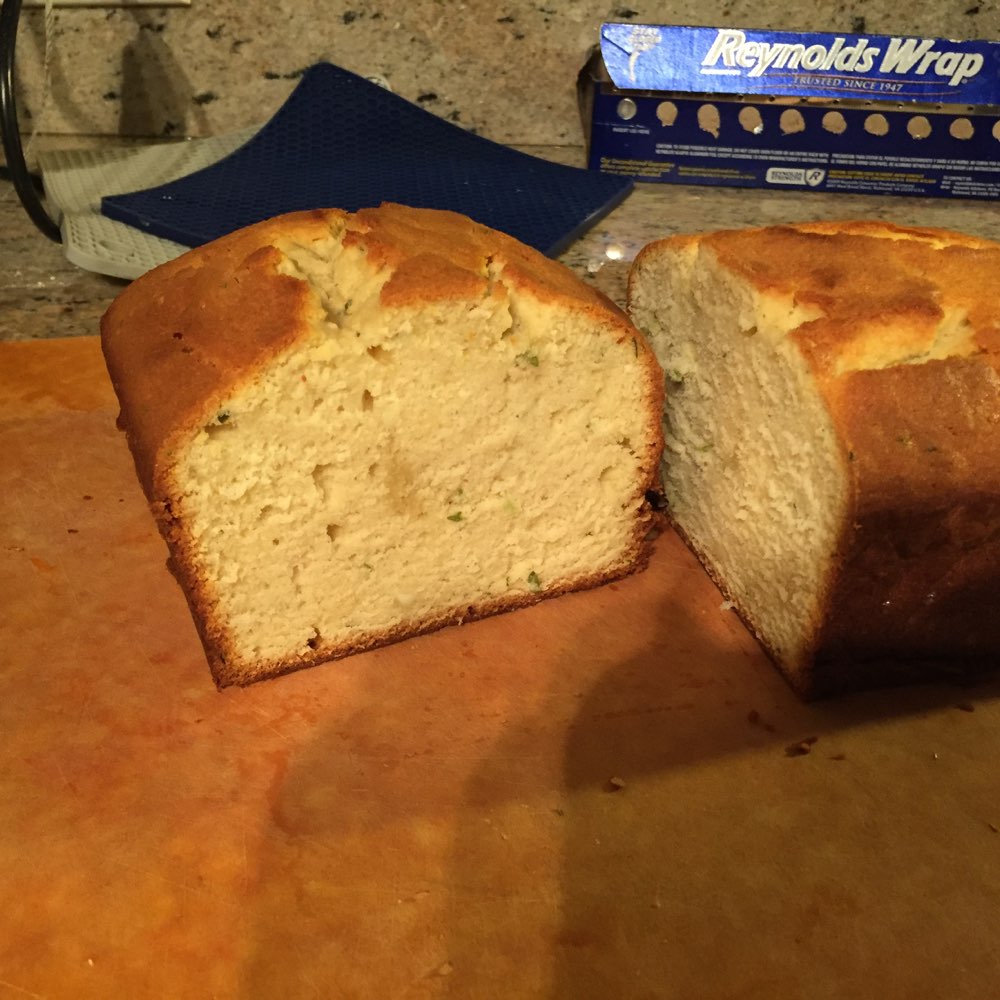 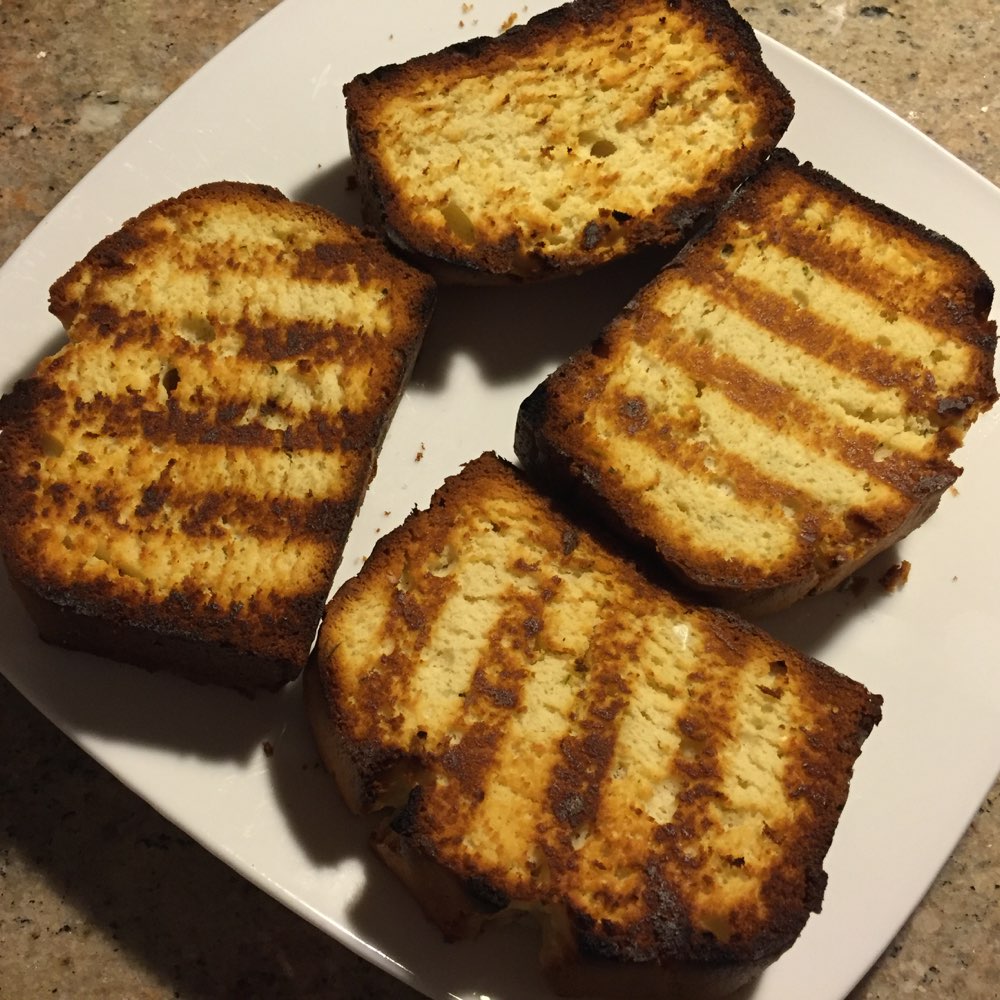