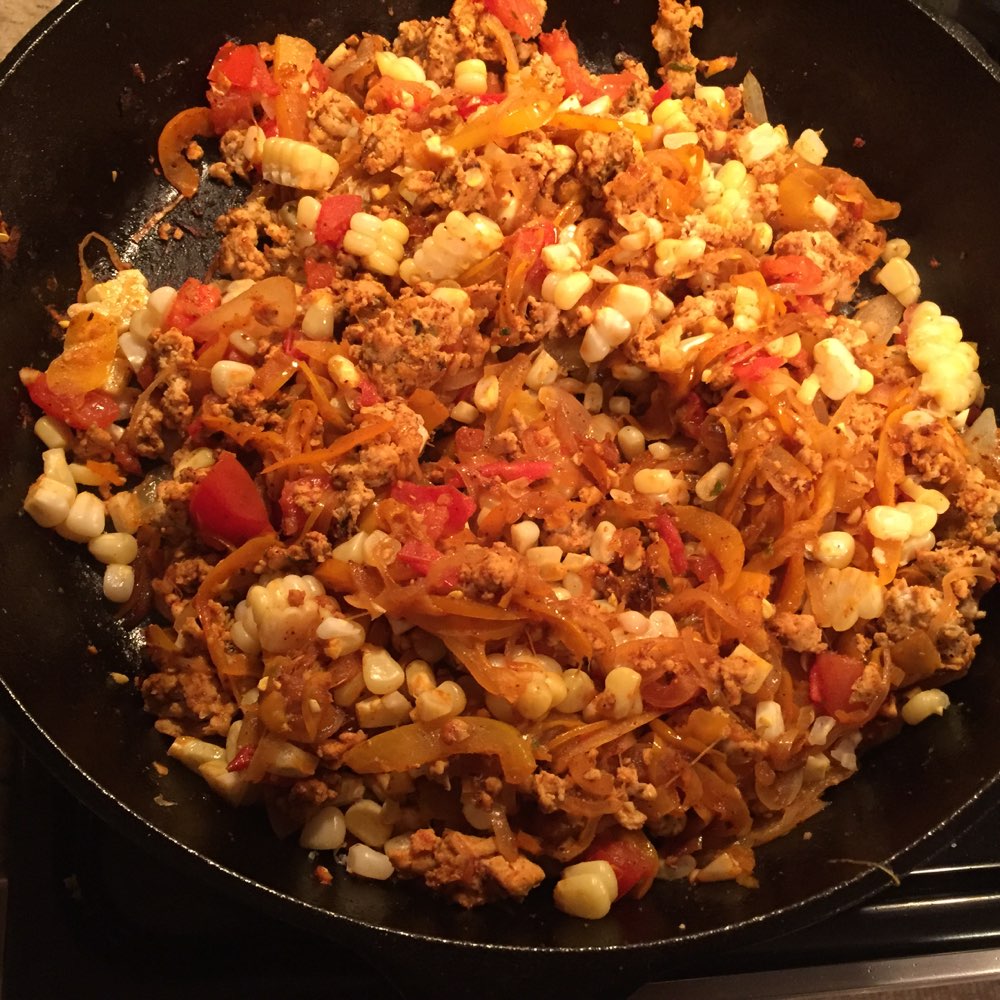 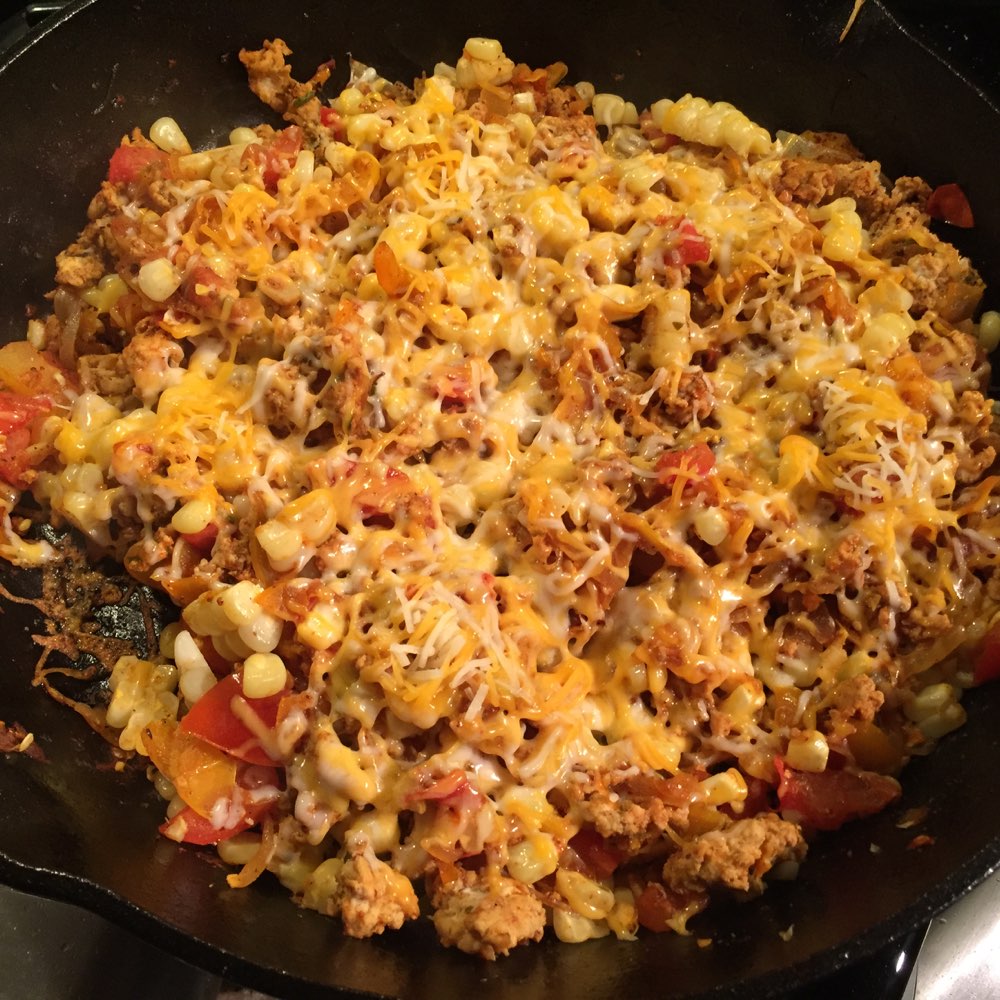 Meredith and I made the Bell Pepper Taco Skillet from Inspiralized (Local 1). This was our first time spiralizing the peppers. Despite what the video showed, we found it best to core it and then use enough pressure on the balde to get the edges through. This way, we got the strips but didn't have to go through the needlessly hard center.

Anyway, the only real change we made was to double it and use turkey. I think Meredith also replaced some paprika with chipotles and tumeric. And we just microwaved the corn.

I do not know if it was that we did a double batch so it was crowded or if it was the super-thin pepper, but there was a lot of liquid. We ended up separating the batches and trying to get some of the liquid off.

I think they were pretty good. There was certainly a nice kick but also flavorful. I do think I prefer peppers non-spiralized and slightly bigger but this was different. It also made a lot of food!