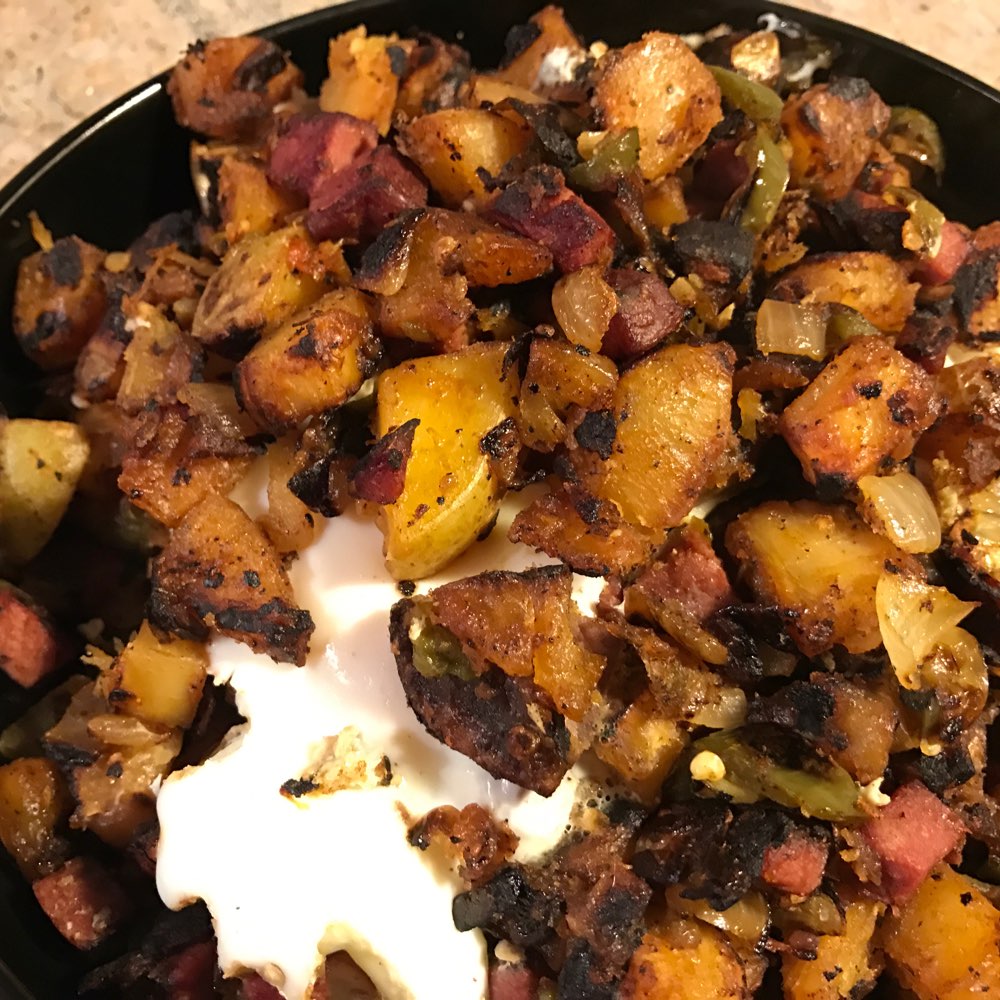 This was a really cool meal! I made corned beef hash but I made a few major changes:

Those were really the main changes but I also went heavy on the ketchup and Sriracha (using about 1.5x and using half and half). I followed the recipe's instructions including pressing it down to get the nice crispy pieces (which really worked). I used 2 x 1/4 in. cuts of deli corned beef.

This came out really good. A bit spicy from all of the pepper and the yuca was kind of hidden by the rest of the stuff. But I really liked it!

I should make corned beef hash more often since this was pretty good! And really not too much work 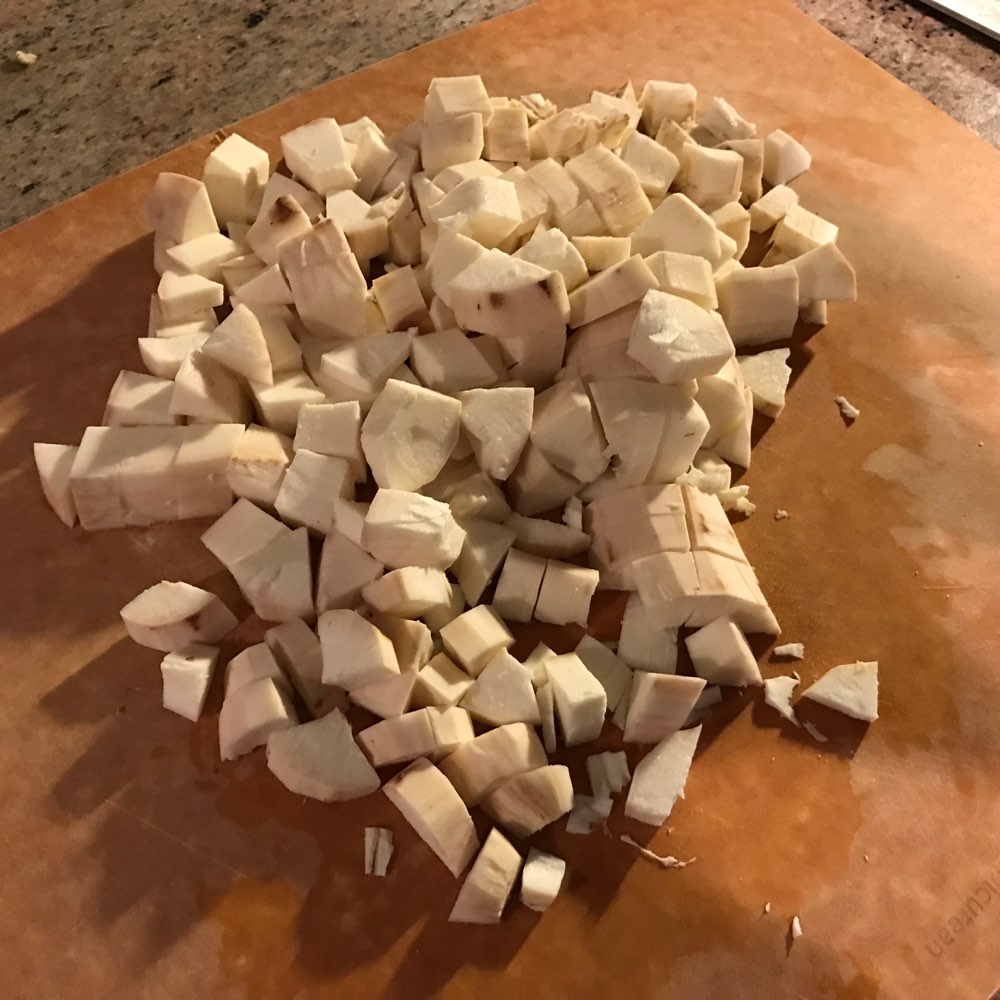 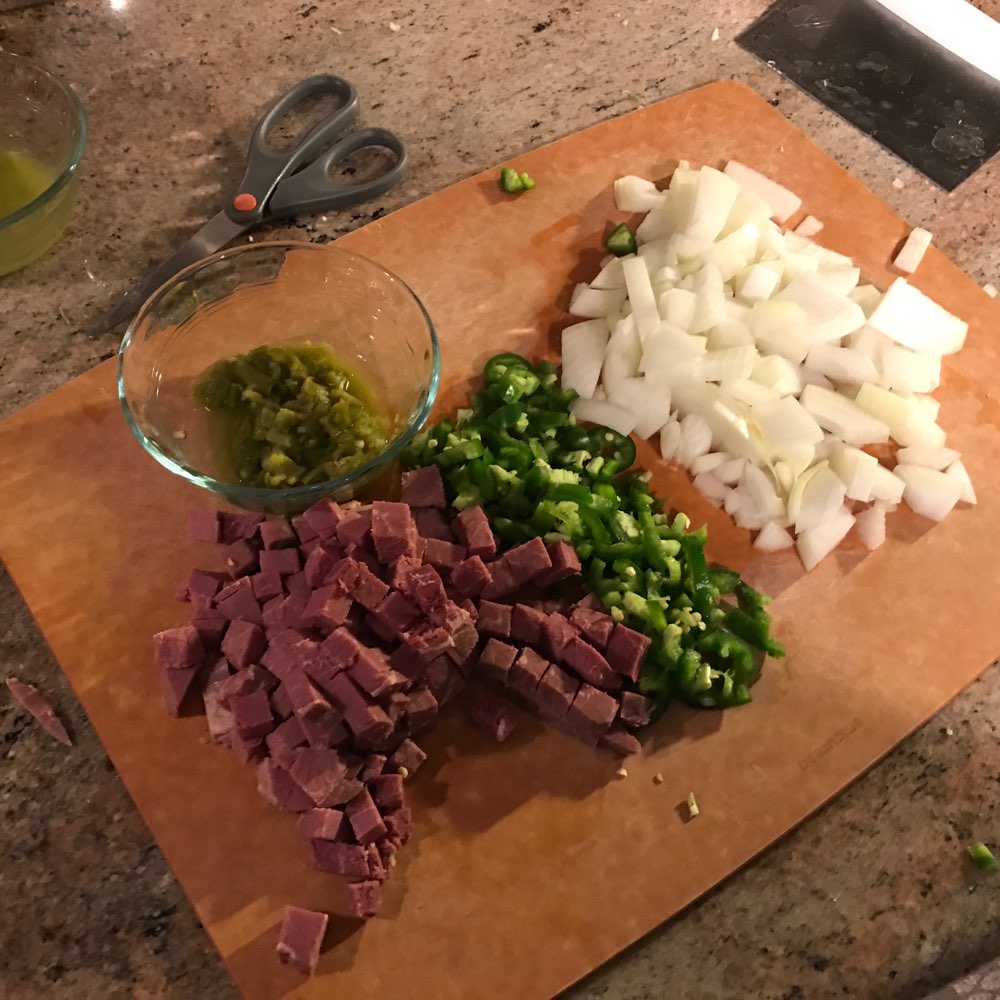 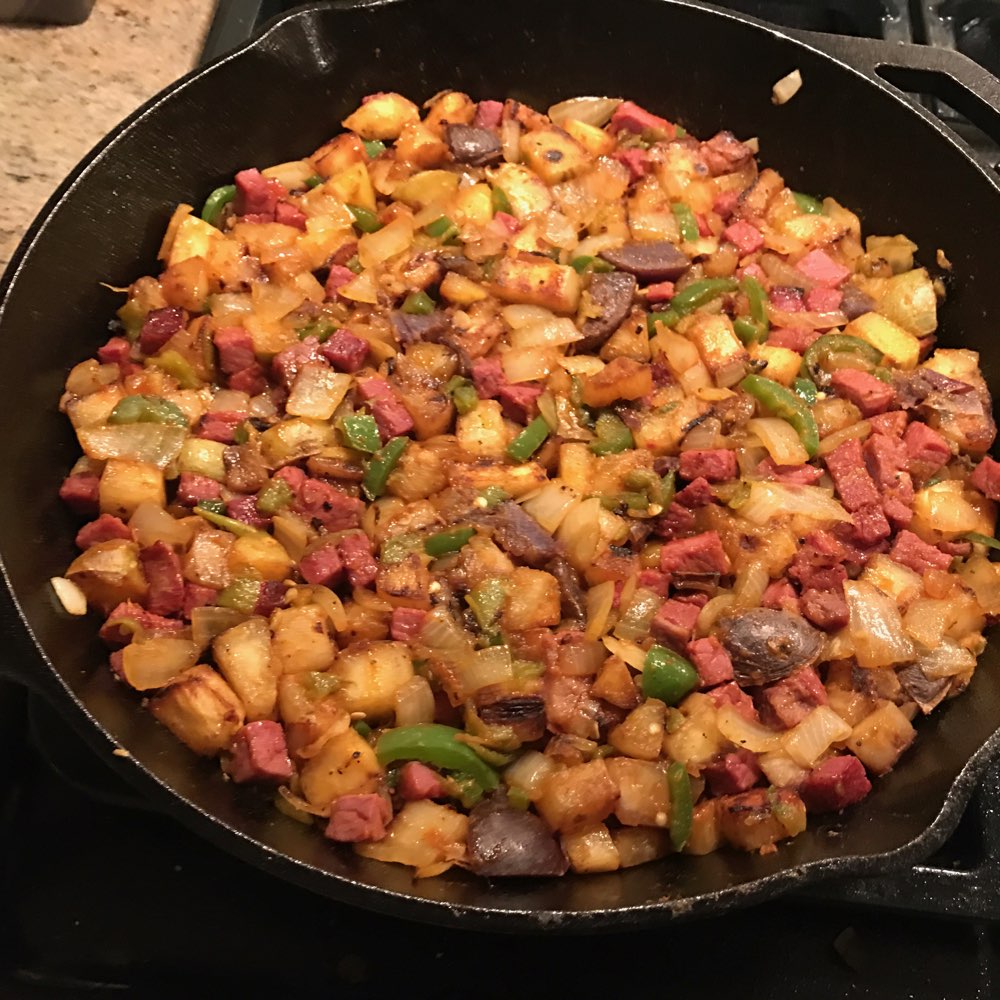 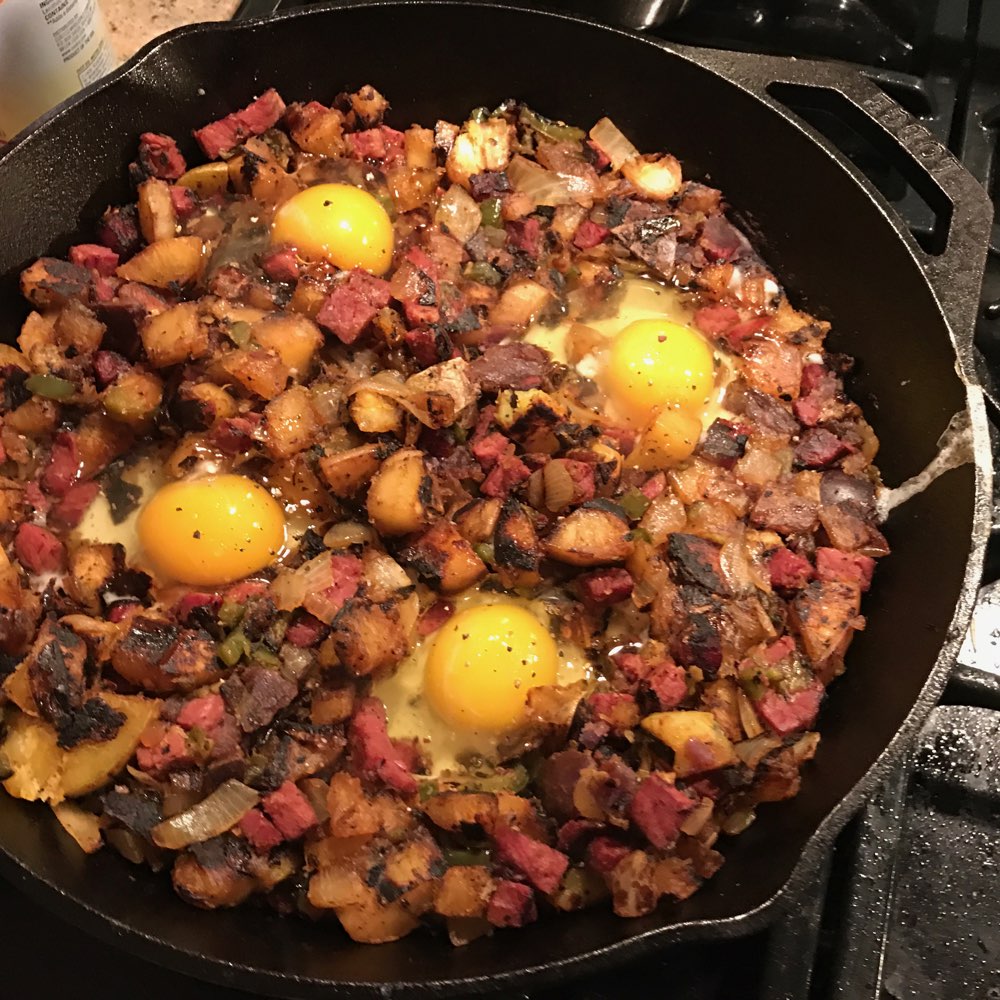 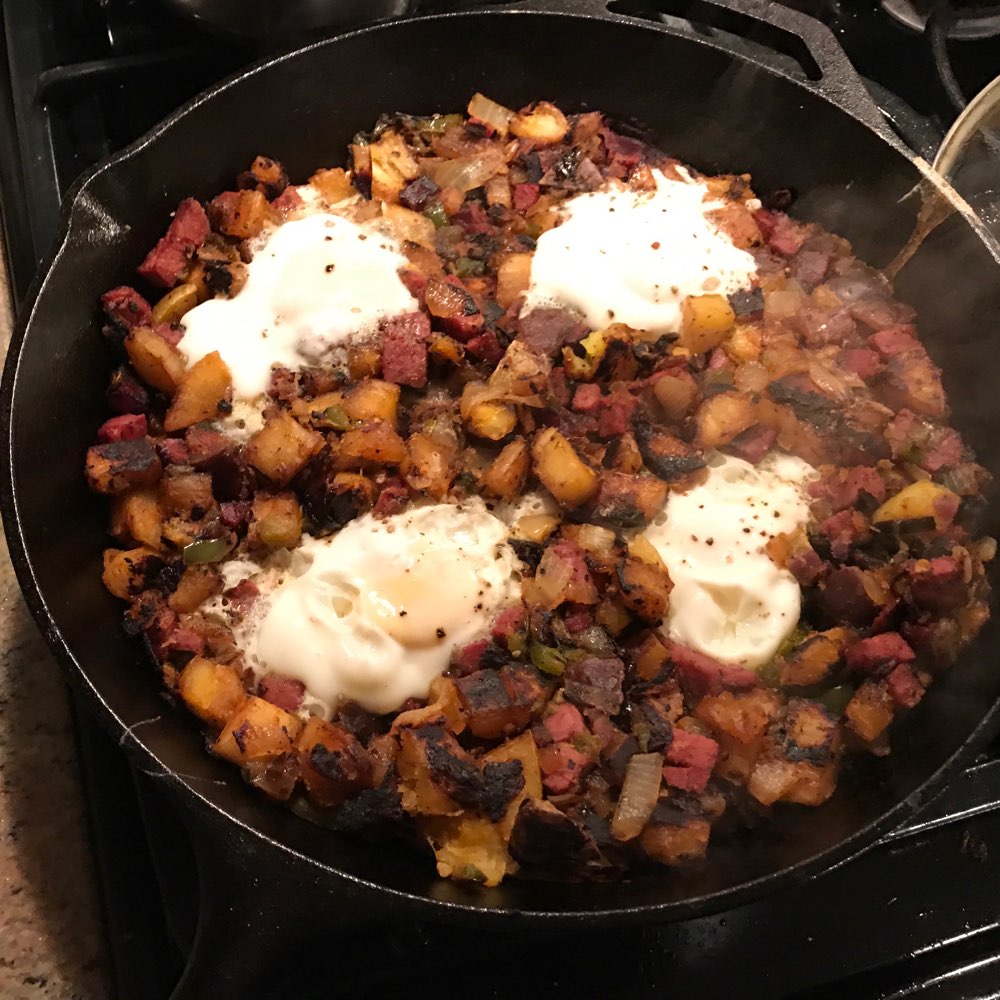