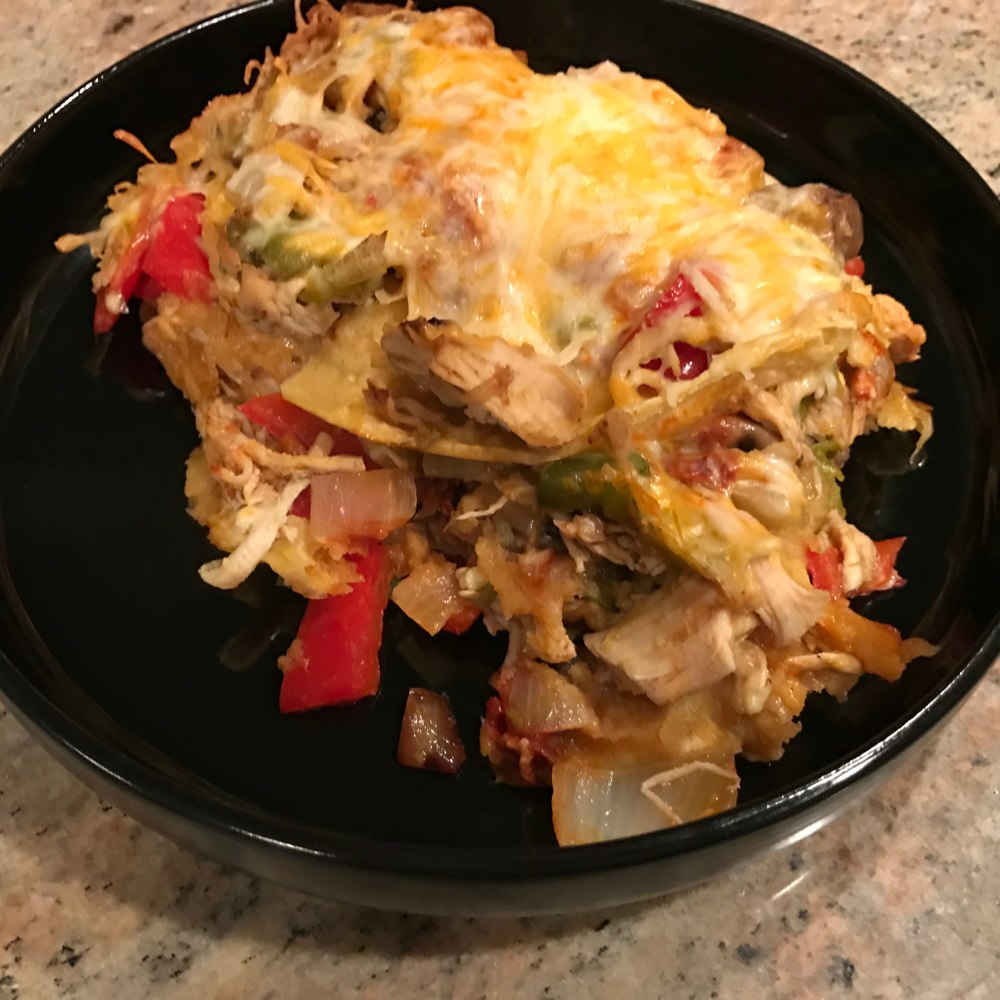 I made Christmas (New Mexican for green and red chiles) enchilada casserole. I didn't really follow a recipe or anything since none of them sounded like what I wanted. Furthermore, my original plan was just green chile but the green chile sauce we had went bad so I had to improvise (and we did have some red).

So, I made the chicken part with frozen green chile and I used the remaining red sauce. I made the filling with an onion, a red pepper, a jalapeño, and some diced onions. In the mean time, I poached chicken breasts with some salt, pepper, and garlic powder. I then shredded them in the mixer. I combined it all, added some salt and pepper (plus what I used as I went along).

I decided to go lasagna style. I put some corn tortillas on the bottom and then layered the chicken mixture, red sauce, and (low-fat) cheese. I baked it at 350 for 15 minutes. I would have like to go longer but the low-fat cheese can dry out easily.

It was much less cheesy than, say, a restaurant style (good) but also less saucy (bad). And it did have a kick; probably from the frozen chiles. But I did still like it a lot! It also made pretty big portions! (I could have cut them down...).

I still want to do fully-green chile enchiladas sometime, but these were good too! 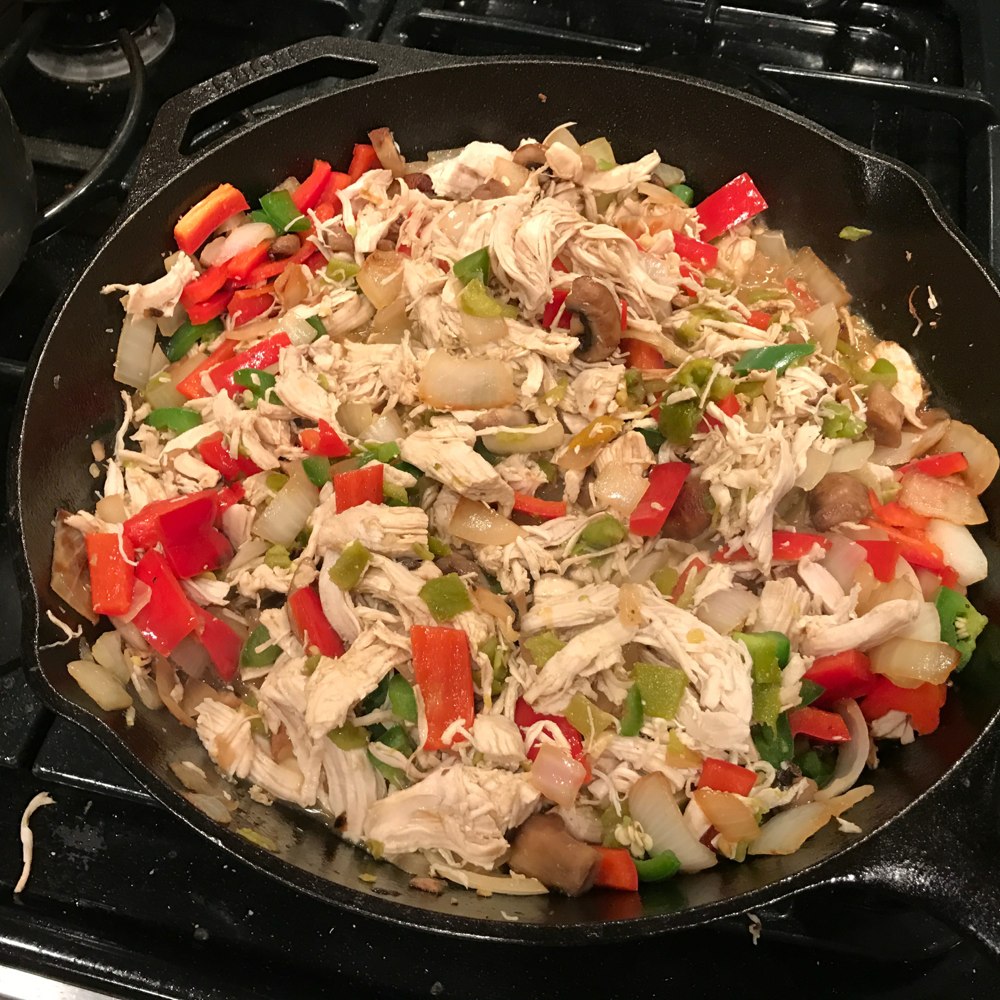 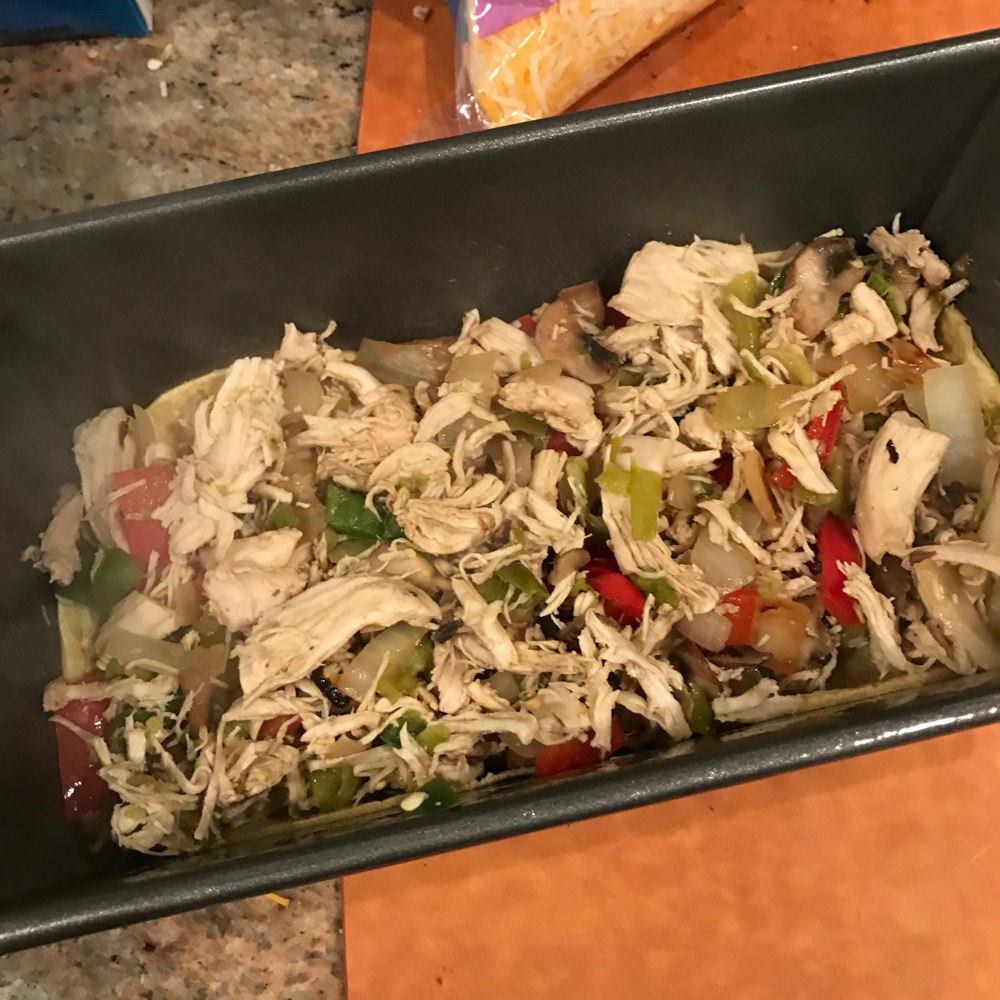 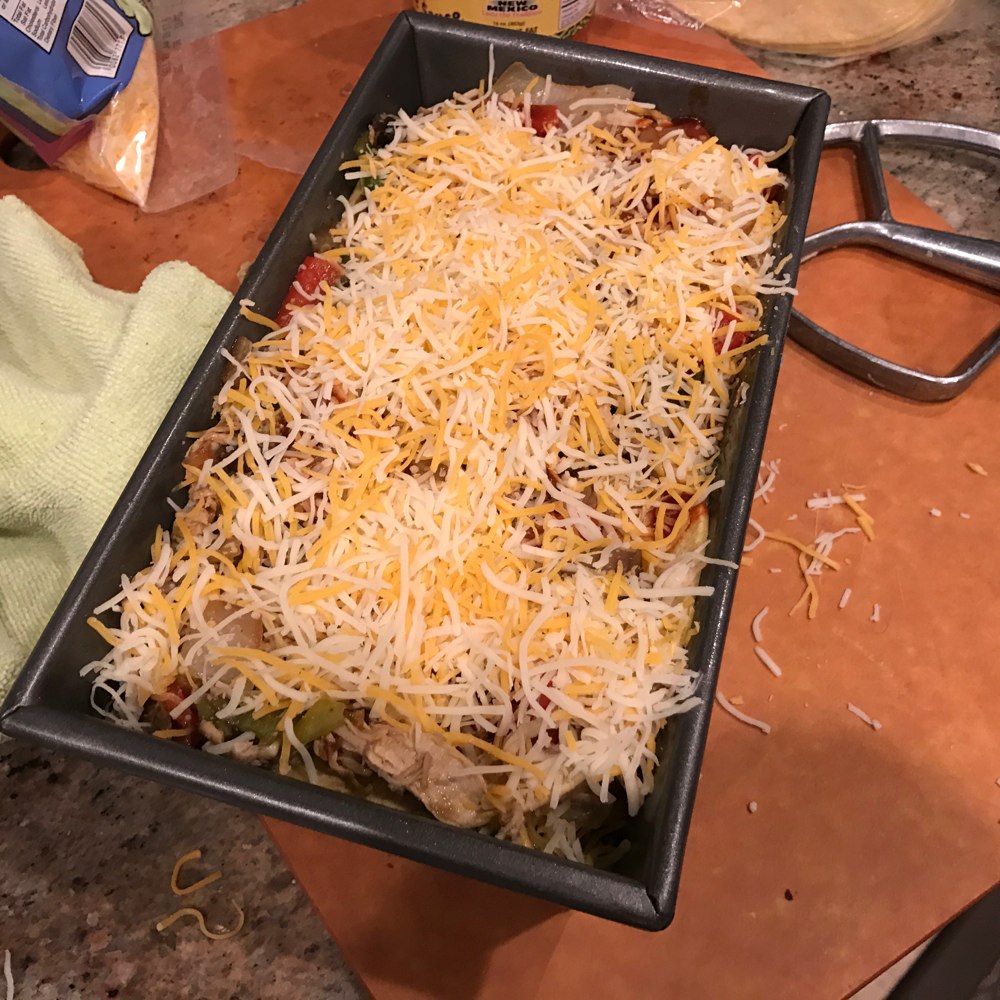 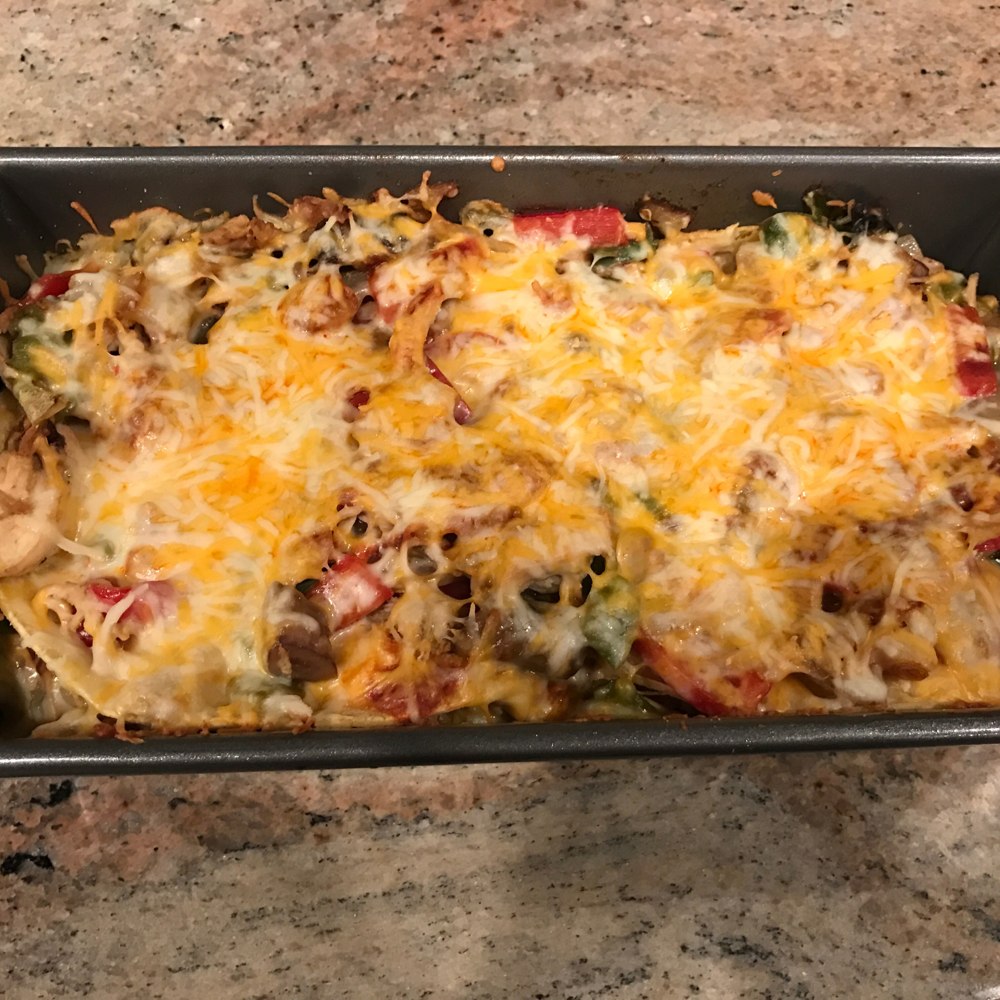