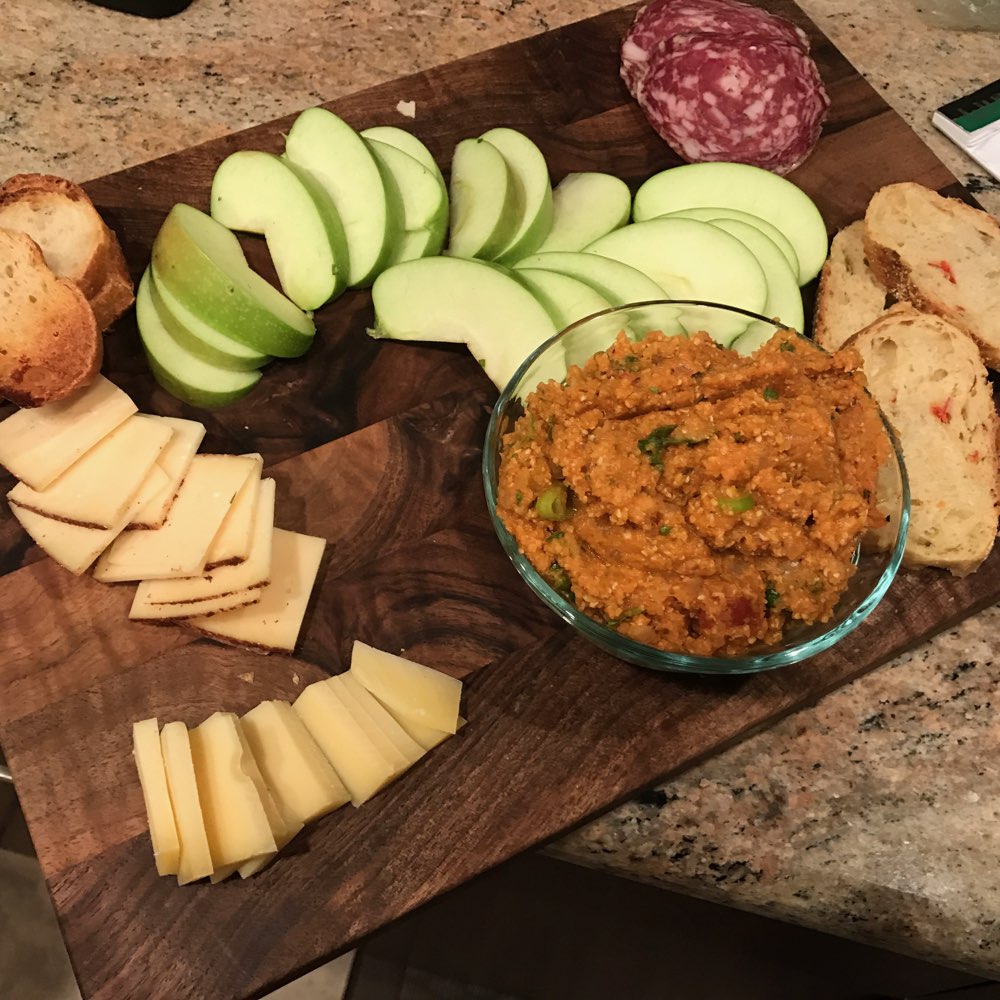 We had a lite Meredith meal. The main focus was the spicy lentil dip, and other than that, everything was pretty standard (except they no longer have bresaola at Whole Foods).

The cheese was Cinnamon Toscano and a Parmasean-Gouda. We had a mix of a fresh green chile bread and some leftover little rolls from a restaurant, cut up. Finally, there was green apples and sopressata.

But the main hit was the Spicy Lentil Dip. We used the same recipe as when we made it a while ago on 2013-03-18. We followed the recipe pretty closely using the lite-vodka sauce for the tomato sauce. And I suspect Meredith went heavy on the cumin. I went a bit heavy on the Sriracha, but 3 Tbps is a lot already. And I think Meredith used either grits of polenta instead of cornmeal. Oh, and we used fresh-from-the-garden basil instead of parsley.

I liked it a lot! Spicy, but interesting and flavorful. It was still a bit gritty (from using grits instead of cornmeal?) but not too bad and well worth it. Intricate flavors of the lentils worked well with the spice. We will add this to our dips rotation! (and maybe [??] put it in our recipe book?)