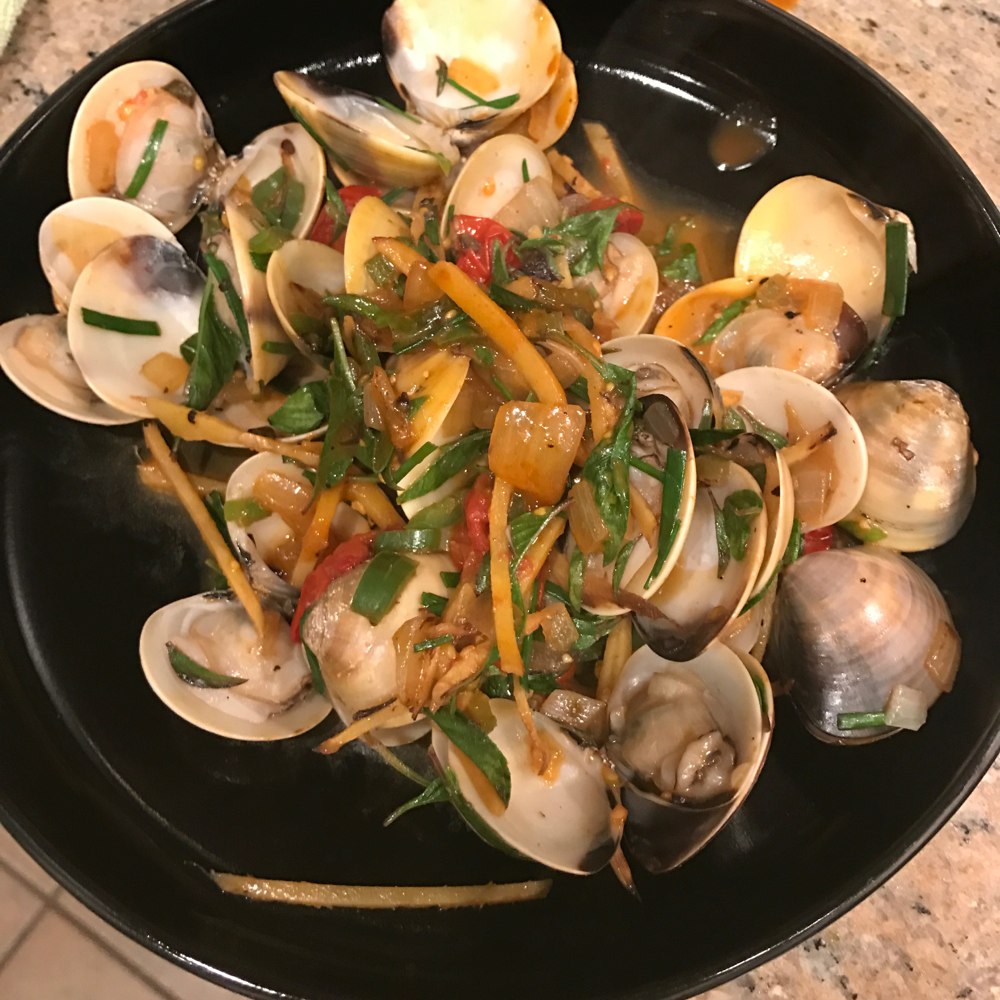 Meredith and I made Beer house clams like we did before. We had to use frozen clams because its Albuquerque. We've used them before for mussels and they were fine, but these weren't as good. Some didn't open, some were sandy, some were fishy, but most were fine. I would (hesitantly) try the clams again. We steamed them a bit just to heat them up from frozen. This way we could still use the liquid later in the recipe.

We followed the general idea of the recipe except we didn't have green onions. We used a quarter of an onion for the white parts and some chopped up chives for the greens. And the Thai Basil was 100% home-grown (from seed). And we skipped the garlic. And we used serrano peppers (which filled the room with cough-inducing smoke).

The soup was the standard Roasted Broccoli Soup. There was a lot of broccoli so I used a lot of water...maybe too much. We again added a bit of soy sauce and worcestershire. I kept adding some more seasonings, but it was just a bit bland today, though a little bit of salt when we served it, it was fine. 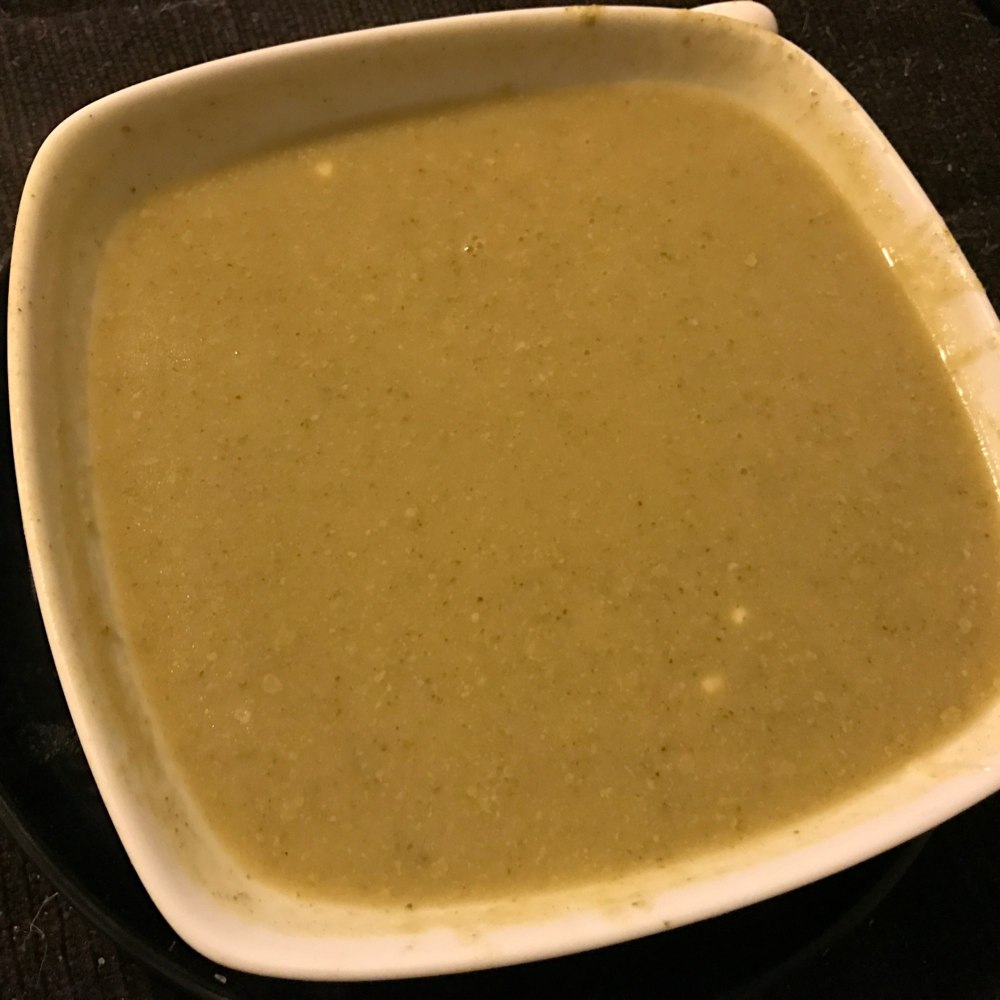 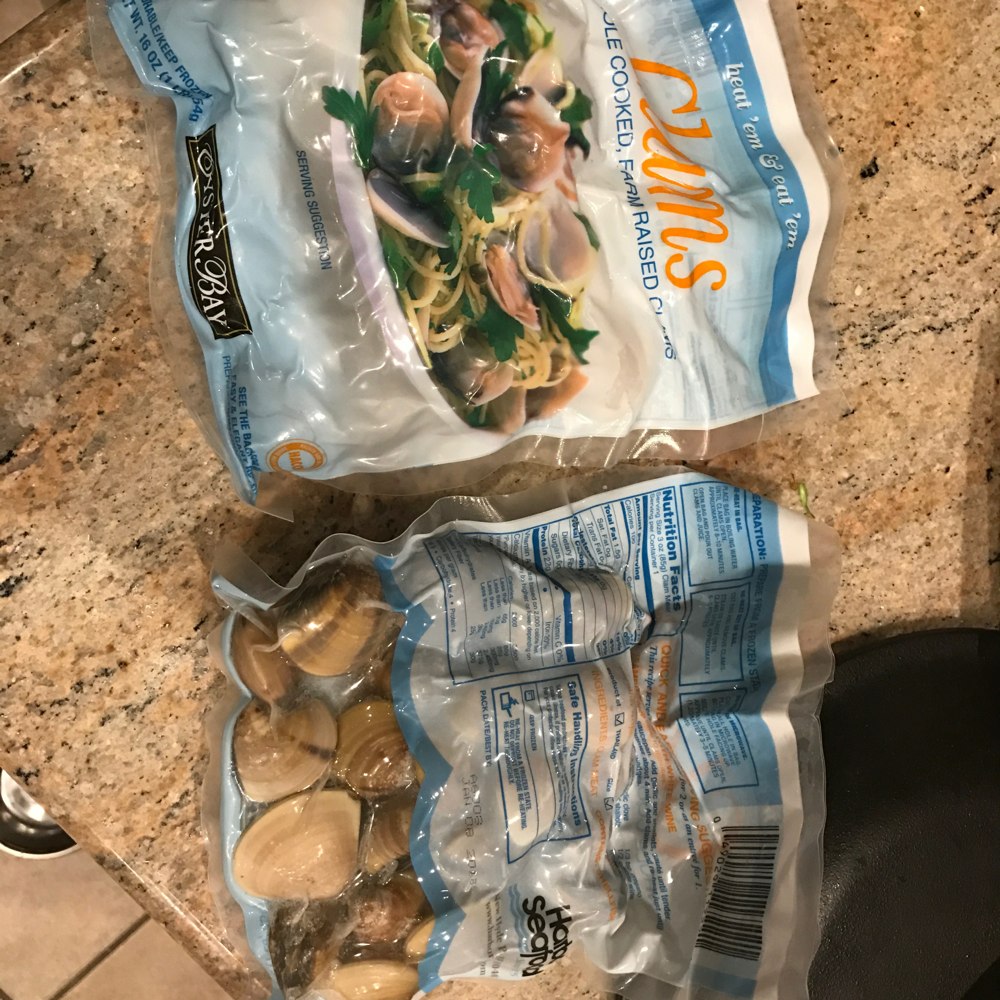