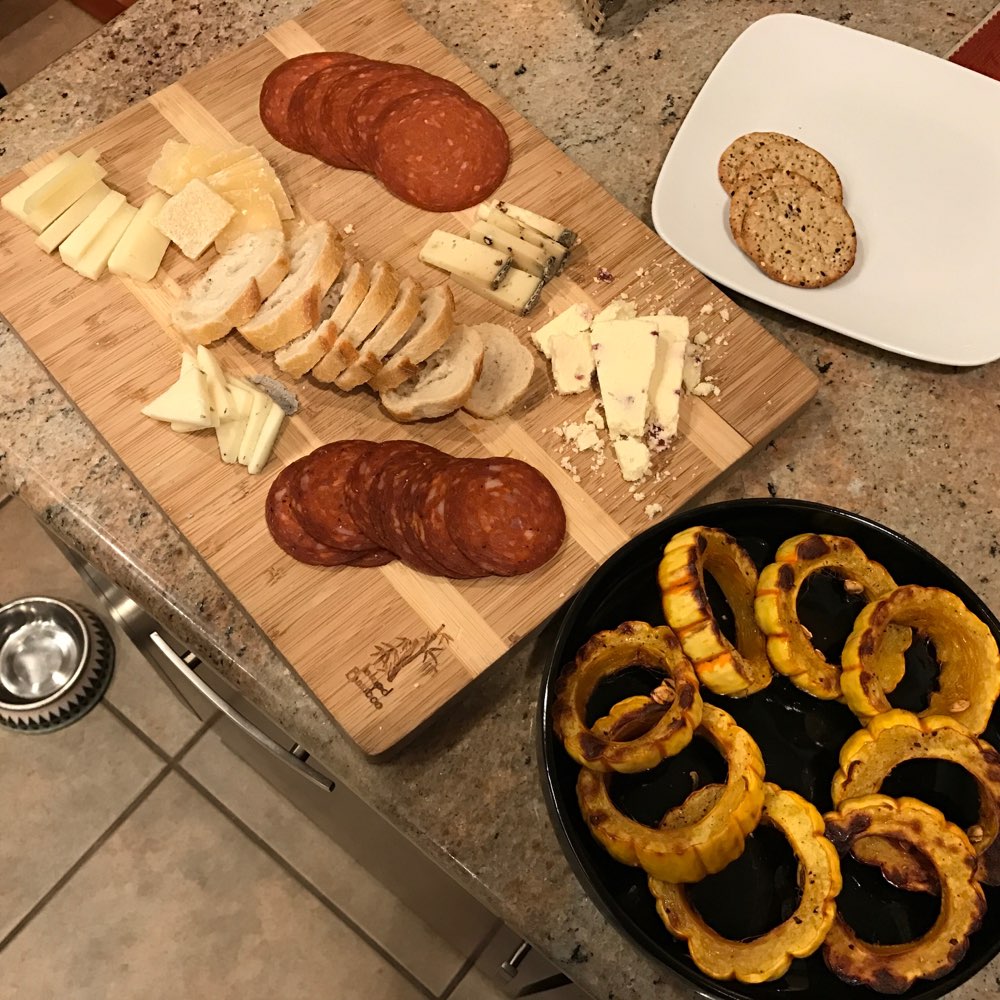 Another of our typical Meredith Meals that we like to do on some Fridays.

Not pictured above is that Meredith also made guacamole. It wasn't her usual one with being really heavy on green onion and jalapeno and no lime or tomato. Still, it was pretty good.

On the tray, we had:

Lots of cheese! Pretty good and a fun snack-style meal.