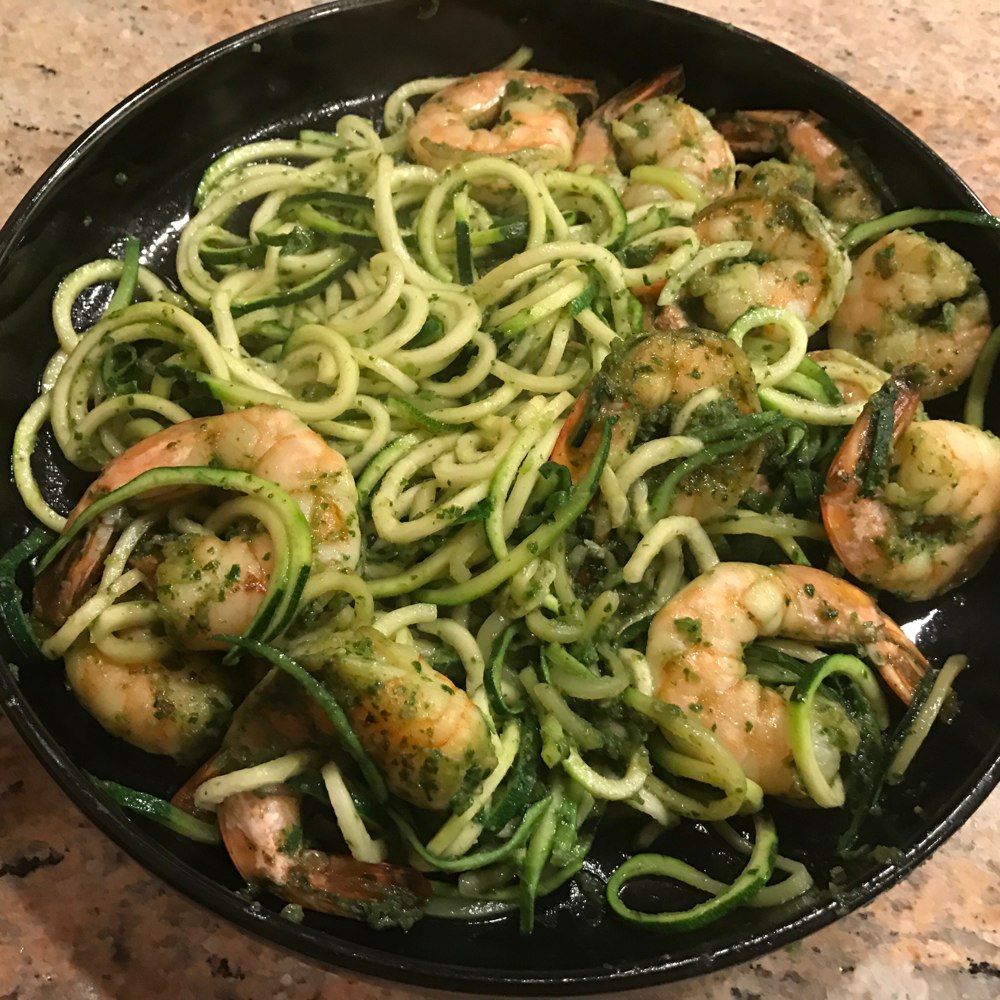 We made shrimp with cilantro sauce/dip. We've done this before, but I think this is the first time we did it this with zucchini noodles.

It was really easy, especially since we prepped a bit ahead. Meredith made te sauce on Sunday and we defrosted the shrimp that night. Over Monday night, we marinated the shrimp until today.

I cooked it in something of a mix of stir-fry and sauté. I heated the cast iron pan on medium high and then did the shrimp while tossing it. I added some more chili sauce as it was cooking. Then, as it was almost done, I added the zucchini noodles, more chili sauce, some salt, and finally a bit of chicken broth. I think the broth really helped it since it have the sauce something to mix and stick to the zucchini to.

This was super simple. I think it took all of 10 minutes once we started today. It was pretty darn good, especially for how extremely simple it was.

It was also pretty darn healthy for a good amount of food. I think we would do this again.