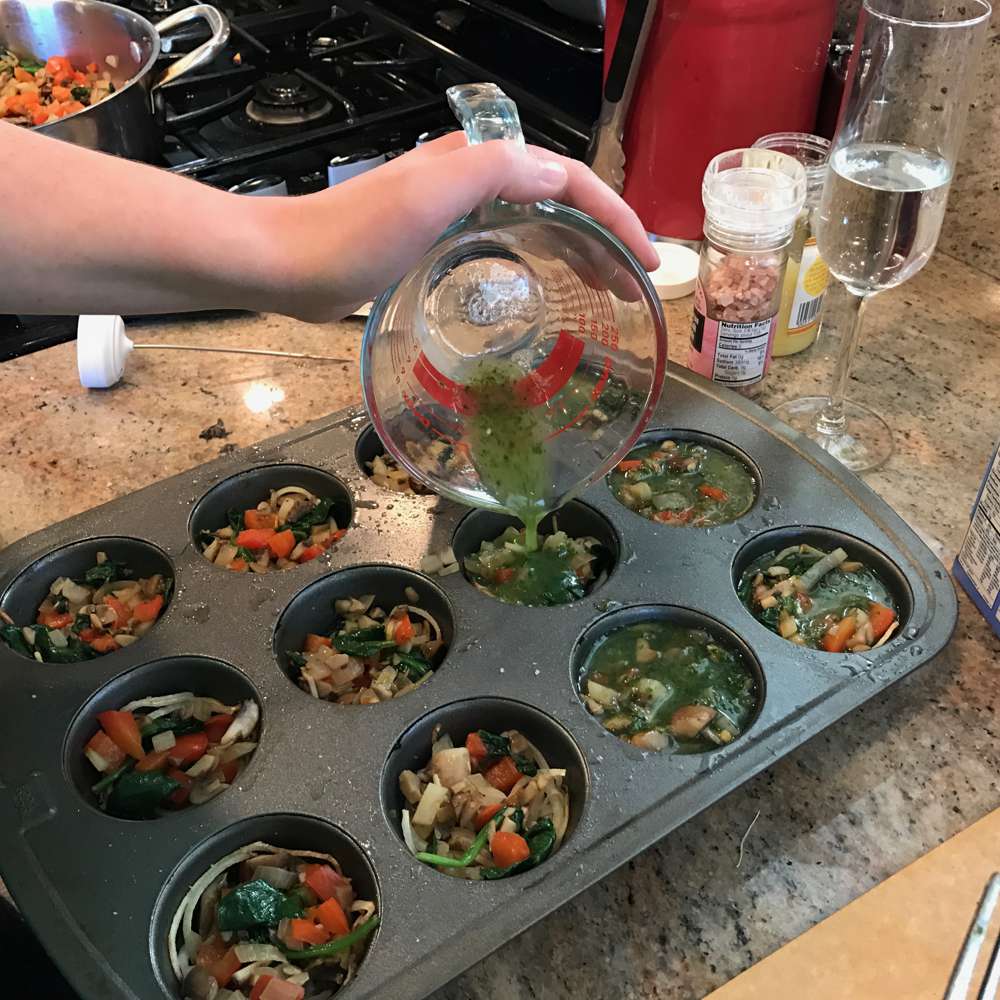 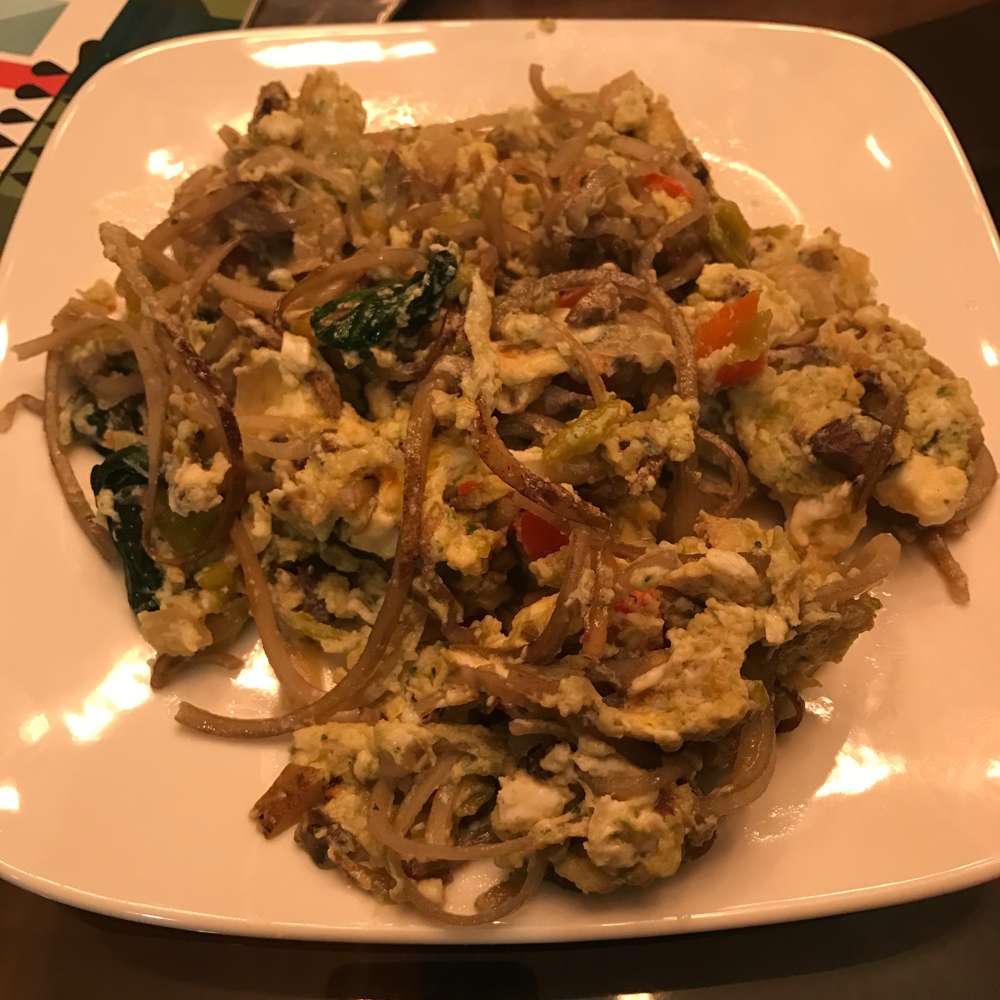 Meredith had originally planned to make breakfast egg muffins. She spiralized a russet potato and put them at the bottom of a muffin tin and baked it to crisp it a bit. She sautéed:

then added egg beaters with green sauce. After baking it for ~30 min at 400°F.

Sadly, they stuck so badly. We could barely get them out!

There was still tons of leftover potato and veggies so this morning, I started by laying out a bunch of the potato spirals and letting them crips. I then added some real eggs, some egg beaters, more green sauce, and green chile. It worked surprisingly well! The potatoes added a nice texture and everything else tasted good. Green chile and green sauce go really well in eggs.