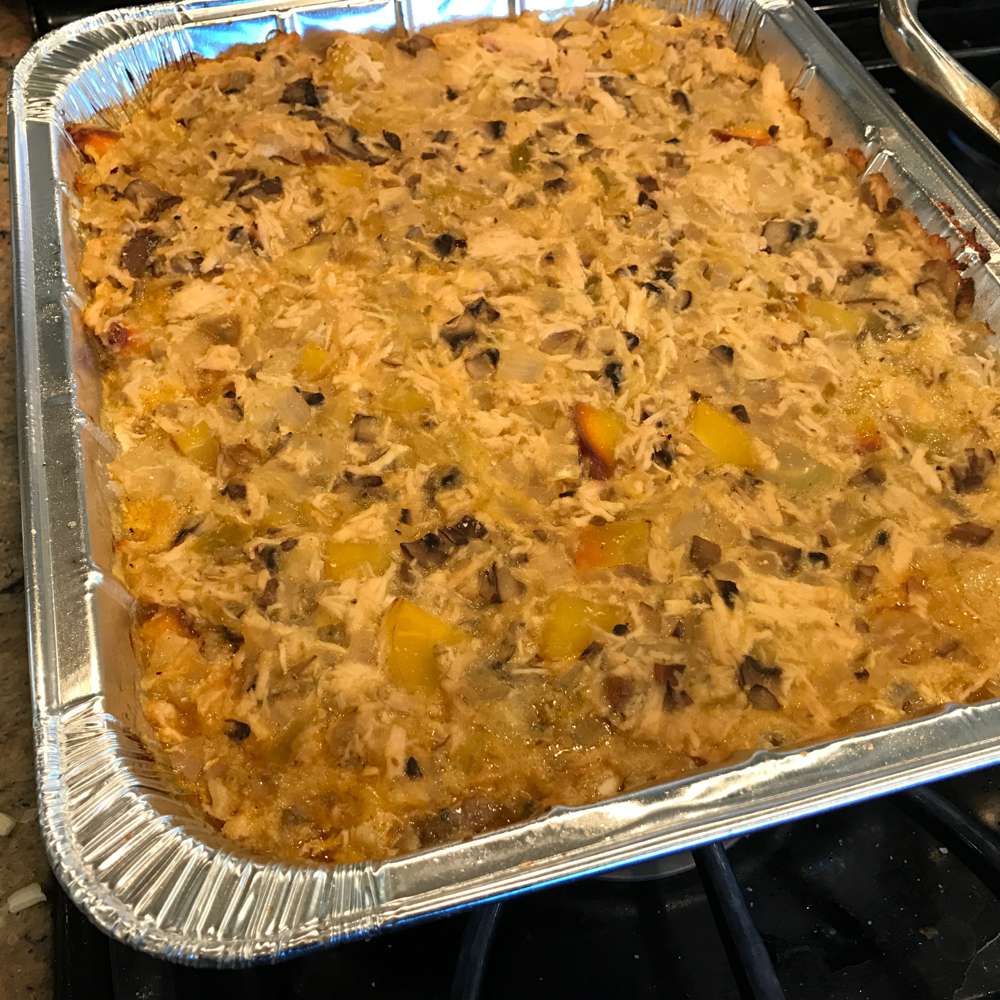 We tried to make a Whole30 version of our Chicken Pot Pie. We also wanted to make a larger thing of it to have lunch.

To bulk it up, we also added half of a spaghetti squash. And since we couldn't have Better Than Bouillon, we used chicken broth for some of the milk and for any extra liquid. We also used coconut flour. We obviously skipped the peas. Also, the carrots were from Meredith's garden.

Finally, I forgot the thyme. And I added a bit of green chile.

Actually, Meredith did all of the chopping for the dish as seen below: 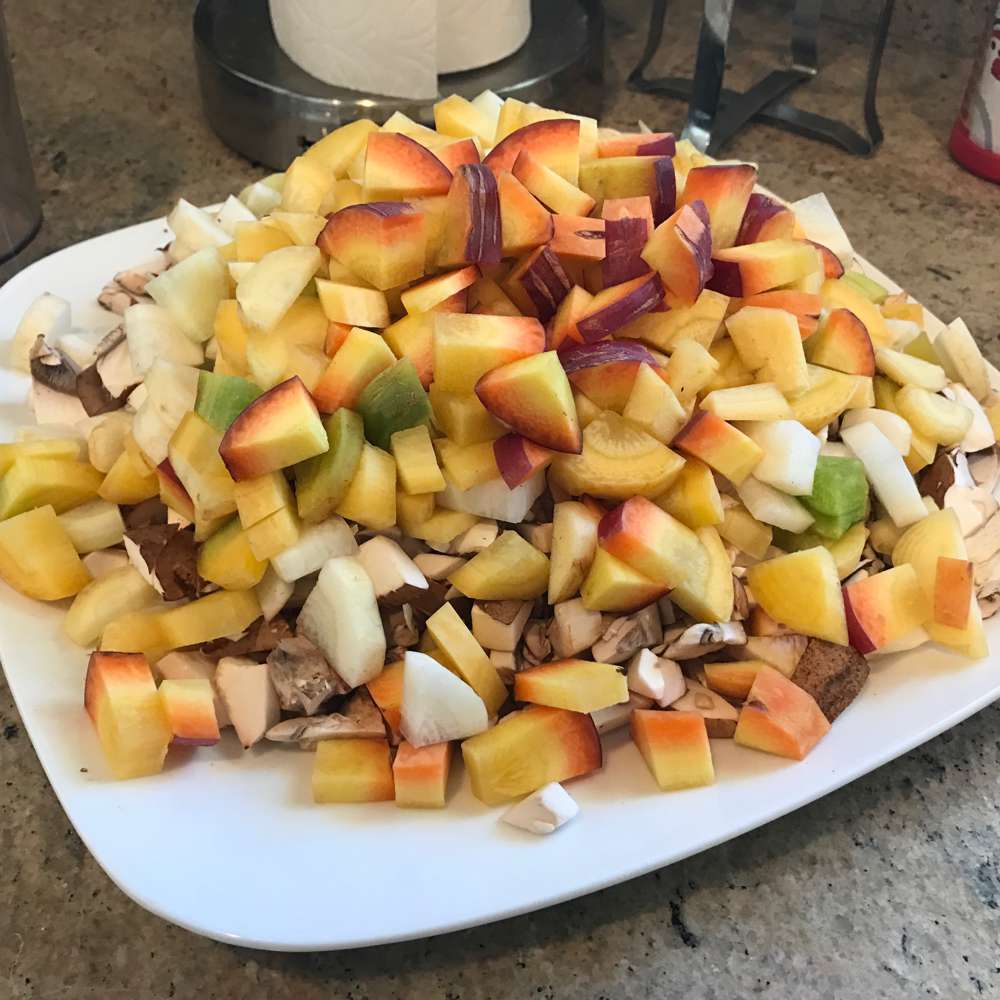 Overall, it was not amazing. I am not really sure why. I suspect it was the spaghetti squash or the flour, but I really not sure.

It did make a ton of food!