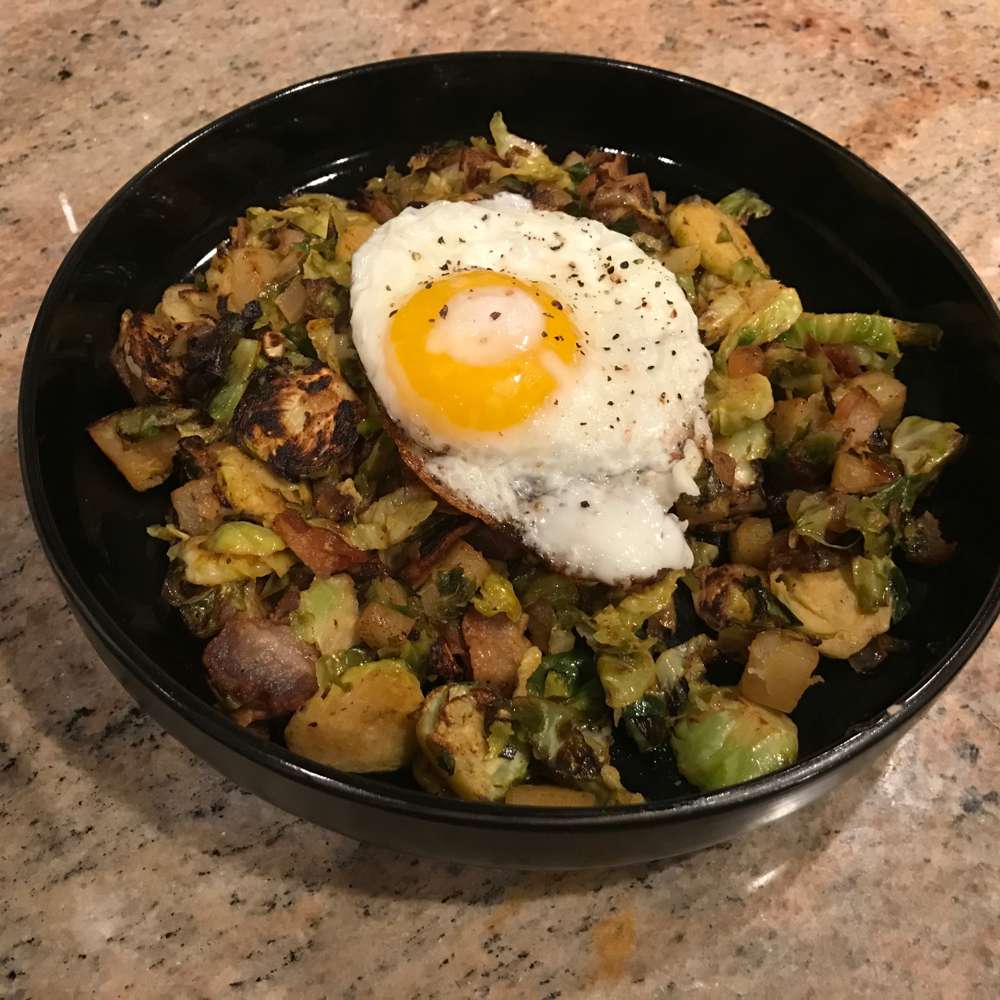 We made a Whole30 version of the brussel sprout hash we made before. The differences were that we used regular (French's) mustard since Dijon is not Whole30 and we deglazed with broth. Of course, we had to find sugar free bacon:

Other than that, we followed the steps and idea as last time 1.

It came out really good. You could tell it was a different mustard but not in a bad way. I would say this is a quick-ish meal and pretty good and easy!