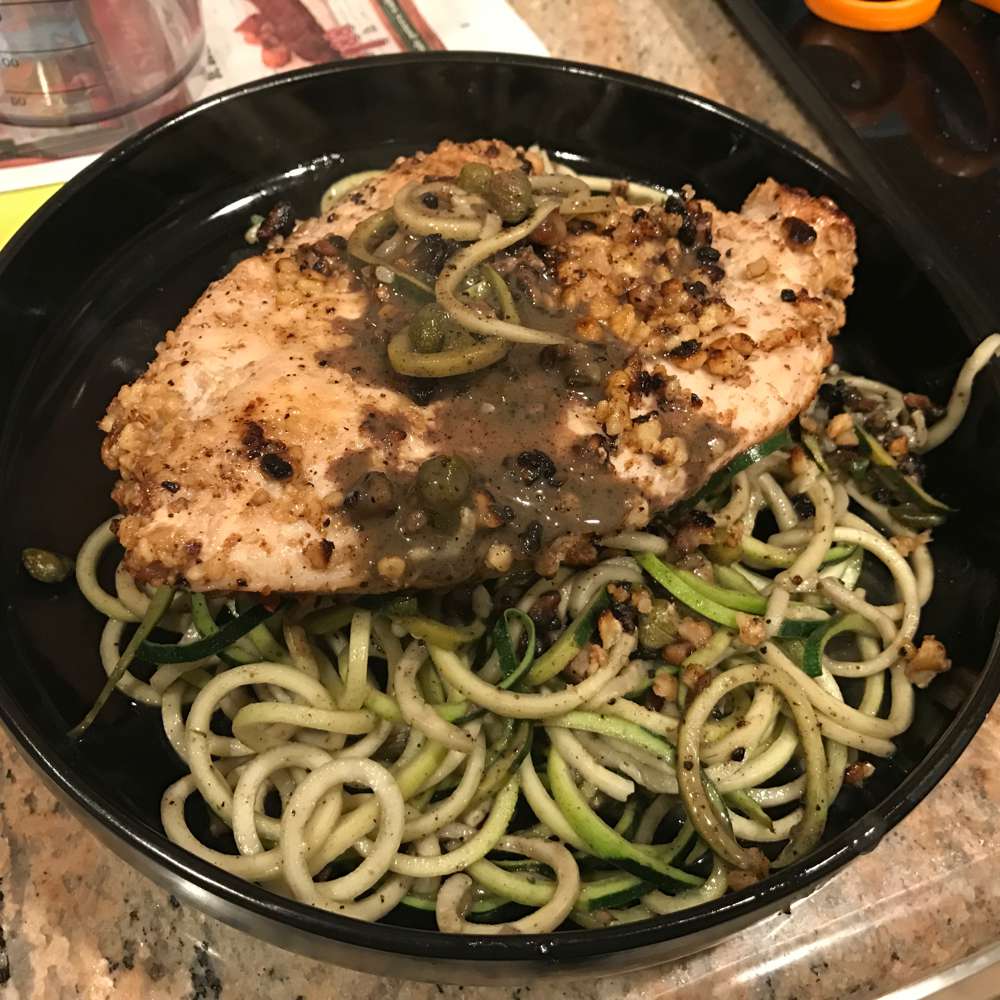 We made Chicken Piccata using the same recipe as the first time. Last time we had to pan a bit too hot but it came out okay. This time, it was more of a train wreck. The walnuts didn't stick. Maybe they were too large pieces or because they were frozen. But they didn't work well.

Then they started to burn a bit more so we had to pull it off and get it in the oven. Also, when making the sauce, it was (a) burned and (b) a bit sour because of getting a bit too much caper juice.

I think this gave it a bad taste. I would certainly make it again since it was so good before, but this was not a good example of the recipe.