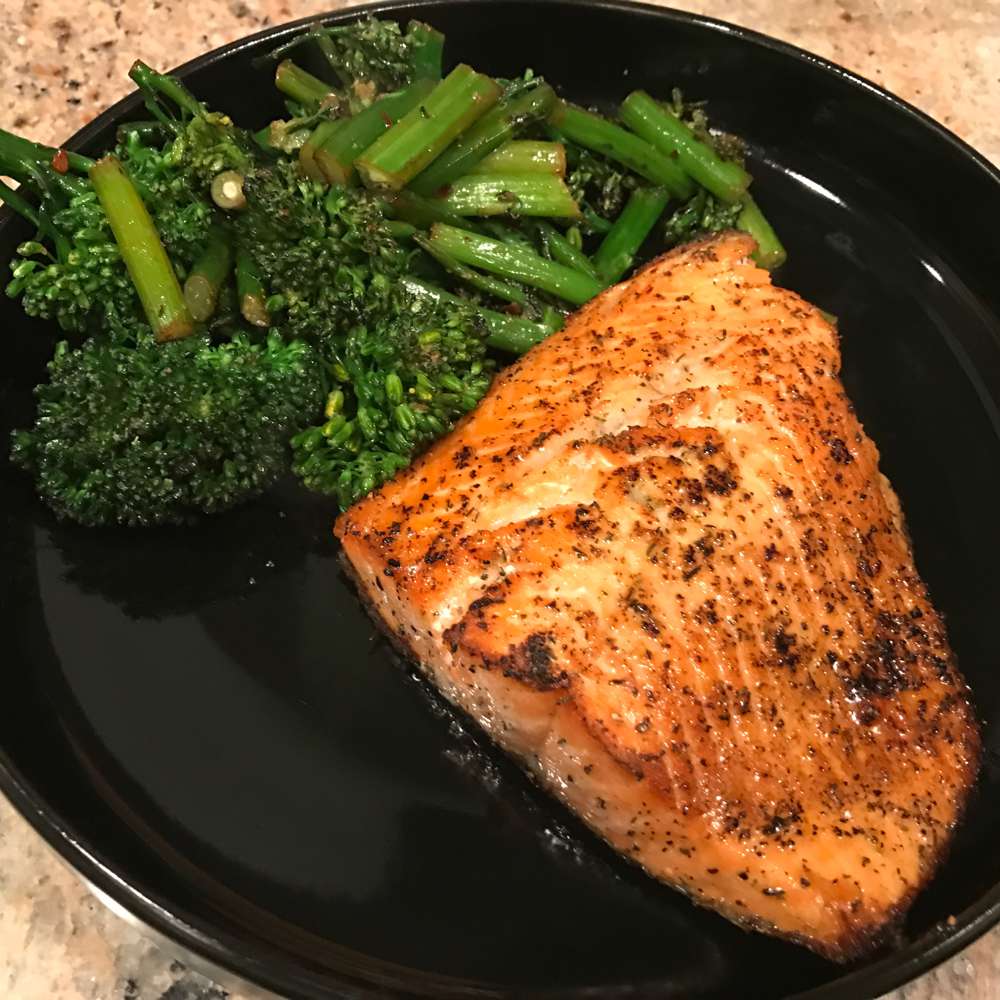 This was both our last Whole30 dinner and Valentines, but we went pretty easy. I did my usual seared salmon with some Mural of Flavor (described on 2017-01-25). I also used ghee for the oil but I brushed it on first which worked well. The salmon was very good. I was afraid I overcooked it but it came out fine. Note that the higher temp was better.

Meredith also made the broccolini like she did on Sunday and that was, again, very good.

Overall, a very fast and quick meal that was pretty tasty!