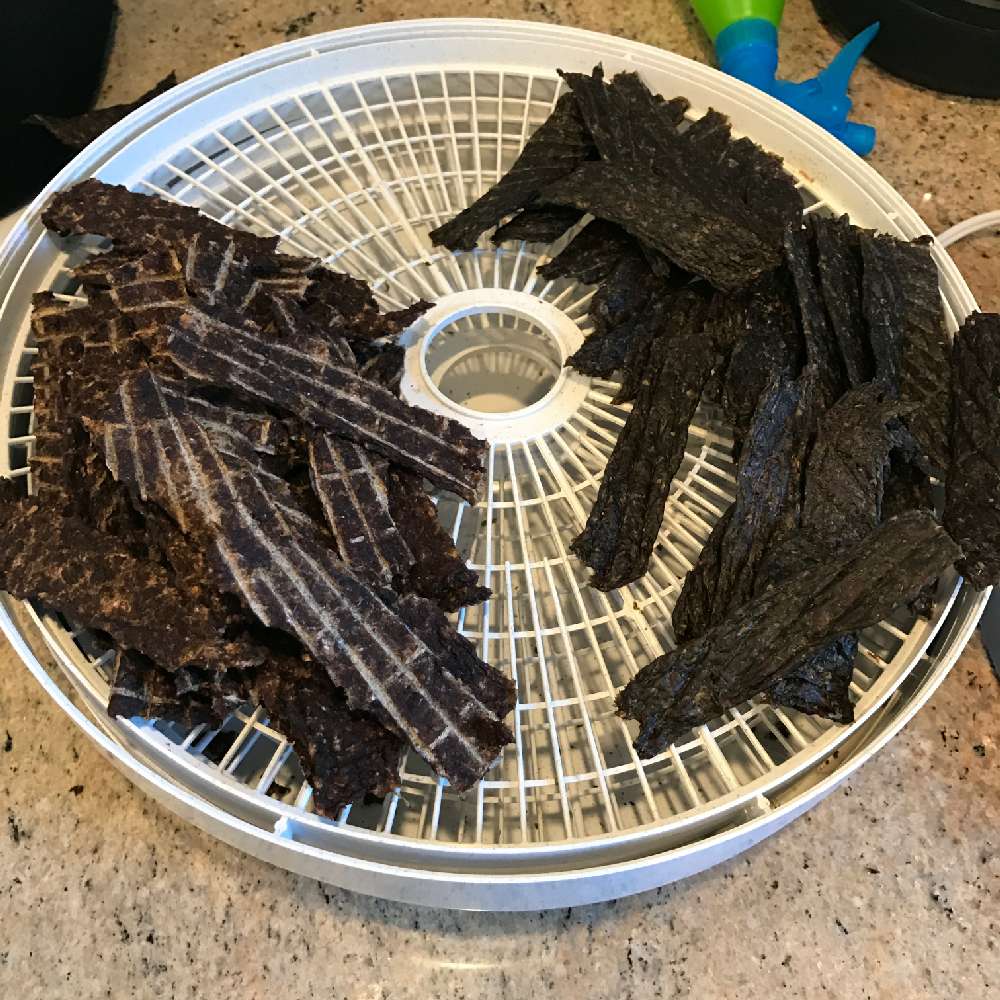 Left: Kangaroo (not sure why it was so white at the lines), Right: Beef

This was part one of what we made for a Mad Science Party. I made green chile kangaroo jerky. Yes, kangaroo! We had bought frozen kangaroo at the supermarket a while ago and used it for this.

I made green chile flavor with:

I did it in the food processor (better for not a lot of liquids). The only problem was that I aimed for about 2300 mg of sodium from the salt, but forgot about salt in the chile.

It started off very wet but oddly seemed to dry faster. I think the wetter the start, the dryer the finish. And in less time. (5 hours @ 160°F)

This came out pretty good. A bit salty and had some kick from the chile. A bit gamey but that is to be expected (I'm told).

I think I would try green chile like this again. Maybe also paint some on later. 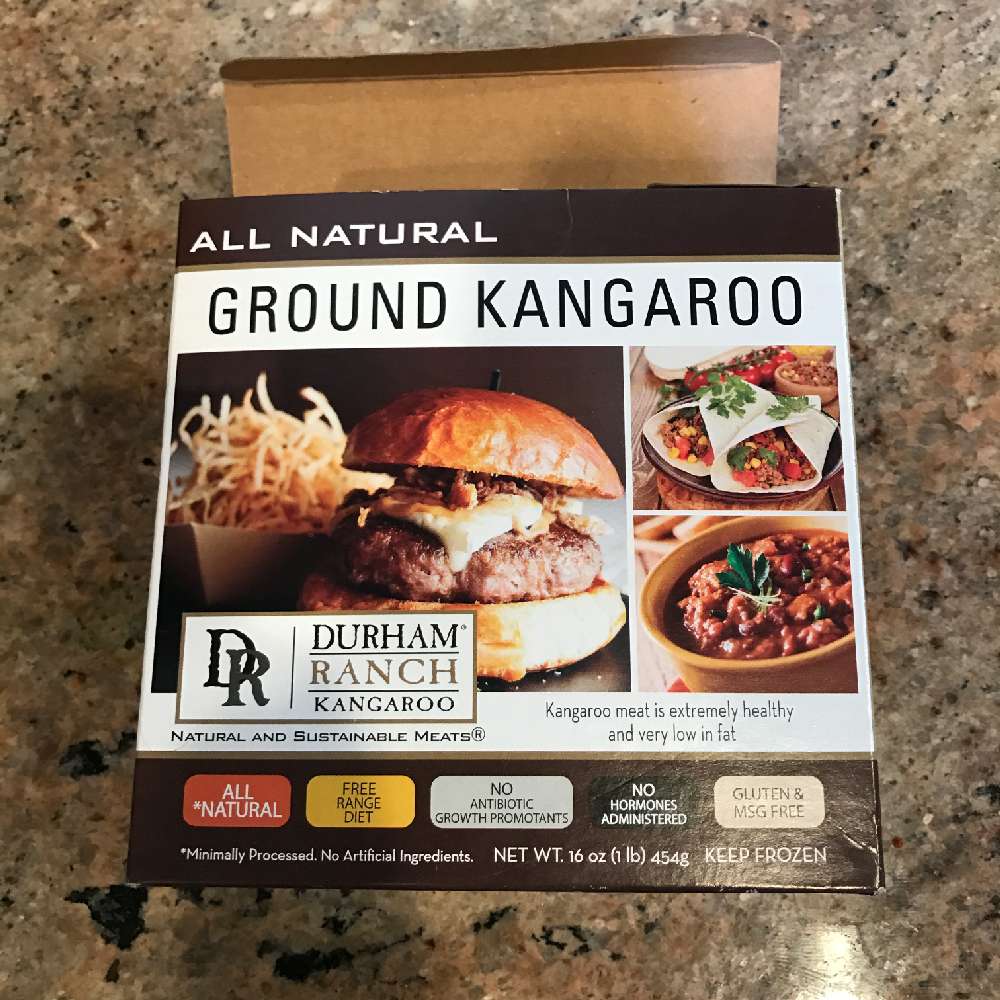 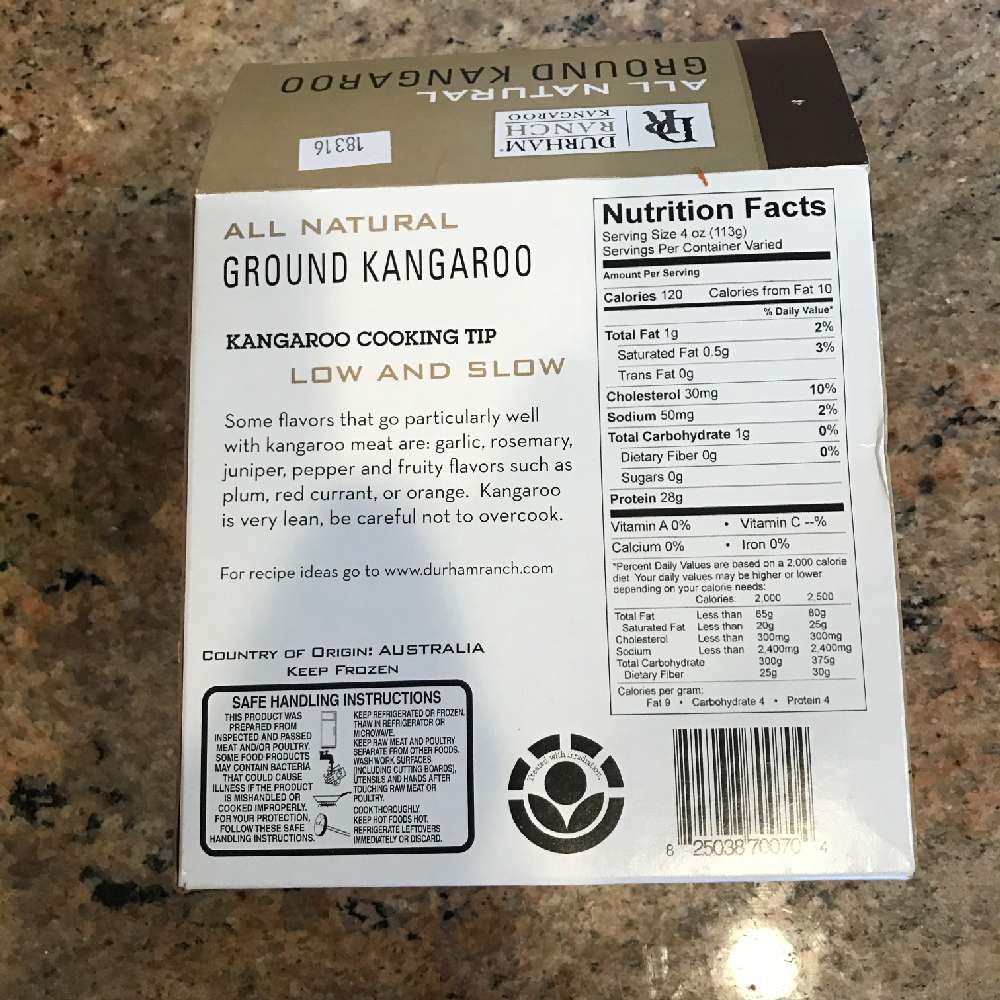 We use our cilantro-chile dip on everything so why not also in jerky? I was a bit hesitant because it has some oil, but I have it a shot. All I did 5 Tbsp of the green chile dip and 3/4 tsp salt. It was about as easy as it can get.

It needed more time than the green chile (6.5 hours @ 160°F). It came out pretty good. Tasted strongly of a dip. Maybe a bit too much so next time I would use less so you also taste the beef. But easy!