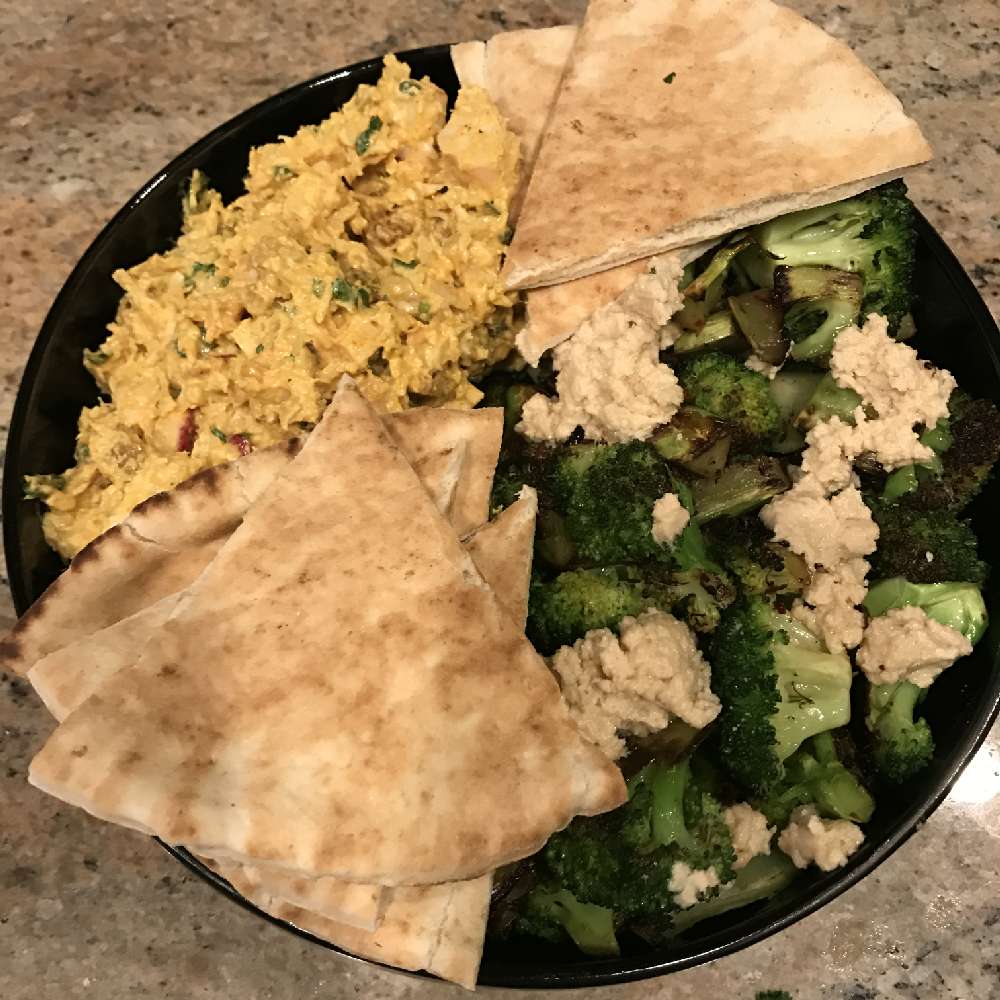 Meredith made a big batch of curry chicken salad with rotisserie chicken and made it about 6x the amount it calls for.

She followed the recipe pretty generally but accidentally used too much turmeric. It still worked pretty well. It had some spice from the cayenne and she used walnuts instead of cashews. Also, as usual used non-fat Greek Yogurt for the mayo.

Not too much else, but it was good as usual. And we have a ton of food for lunch for the next few days!

We also made broccoli with leftover tahini sauce from 2017-02-26. The broccoli was a bit overcooked and the sauce was old but it was fine.