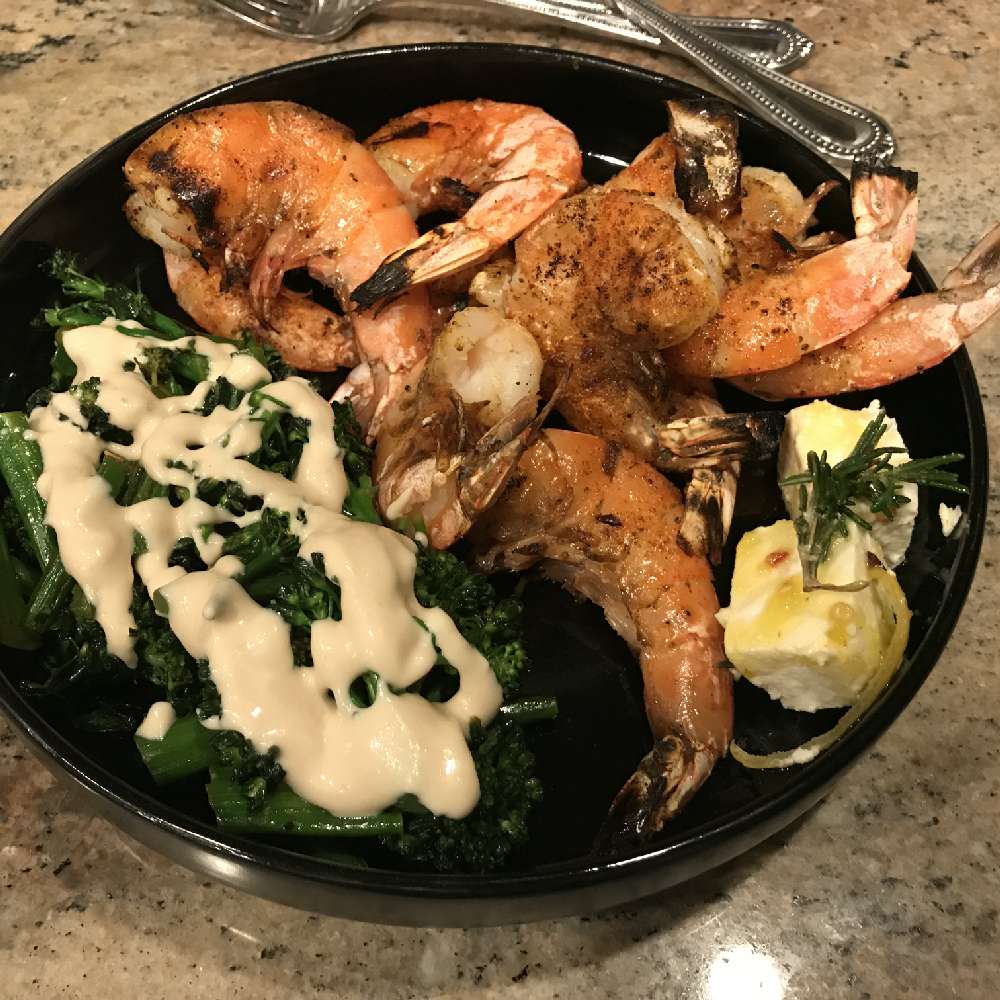 This was a super easy and simple meal. We bought large shrimp at Costco (shell on but deveined) and skewered and grilled it. I used some Old-Bay which gave it some flavor, though most was lost on the shell. I did it on high for 2 minutes on the one side and just one on the other.

Meredith made broccolini like our anniversary (the broccolini) and with tahini sauce like 2017-02-26. She used the recipe from that page but added a bit extra water, lemon, and salt to help thin it.

And was a bit of leftover feta.

It was really good and super easy! We would do it again.