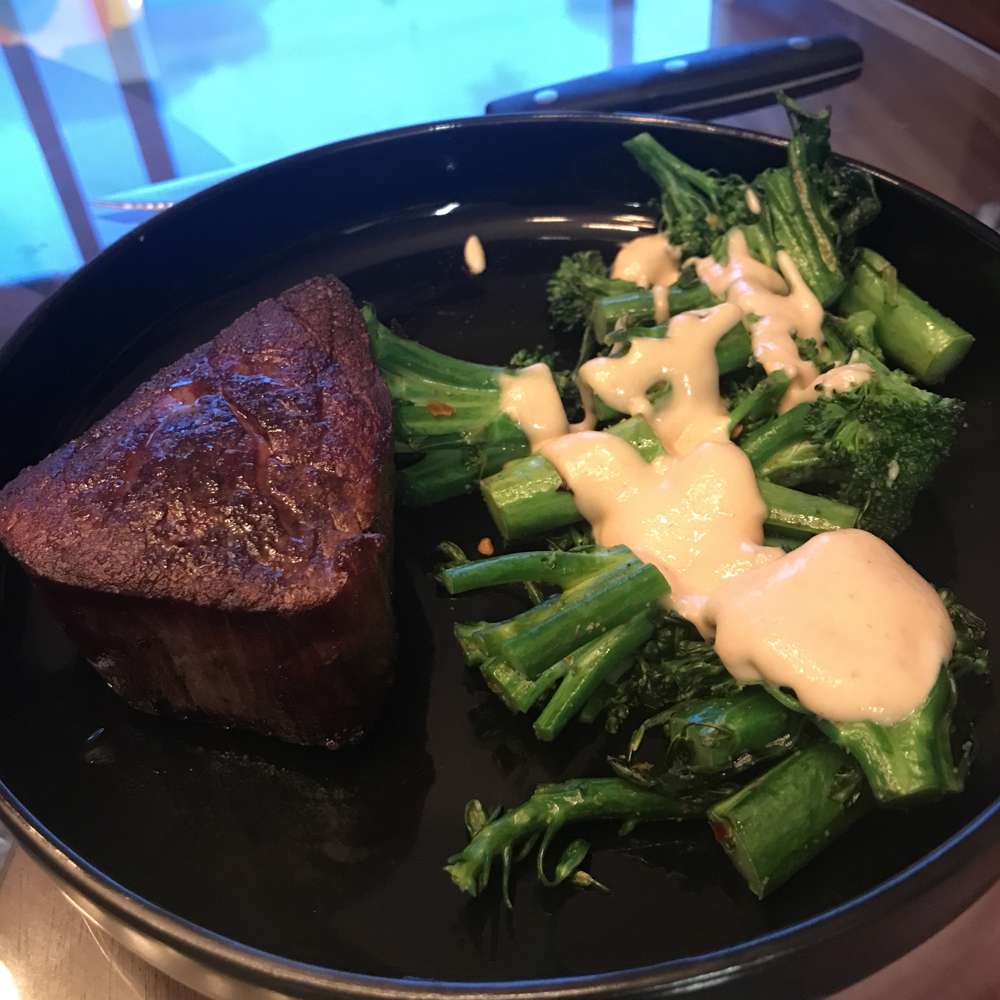 I made sous vide tenderloin using the same temps (and roughly the same times) as our anniversary -- 133.5°F for about 2-3 hours.

The only real chane I made was to heat the cast iron on the grill to keep the mess out there! It worked well, though left a sticky residue but that may have happened either way.

Meredith also made brocolinni with tahini sauce. Good as usual