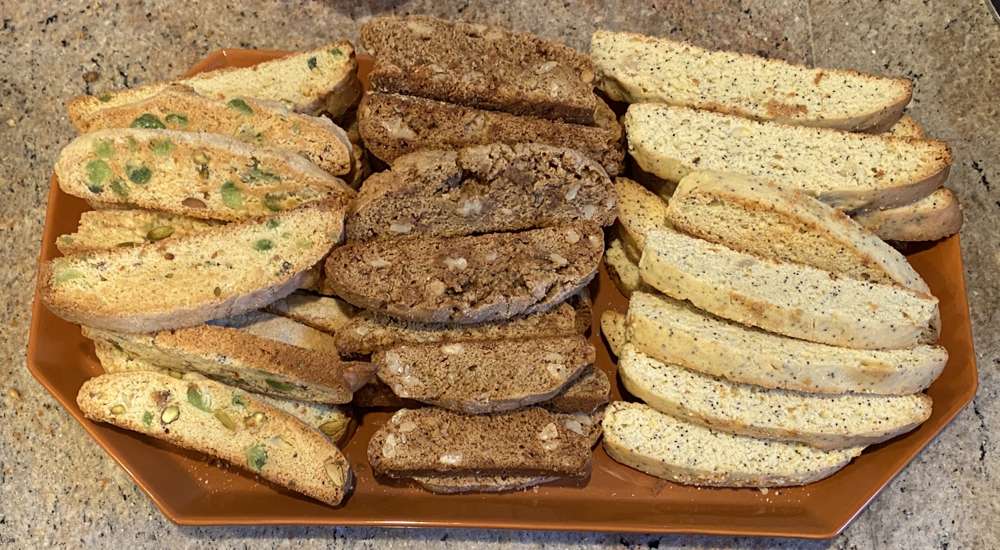 I made three types of biscotti (yes, it was a bit crazy). I made:

For the traditional, I could only ever find green cherries. Not sure why but we couldn't get the red ones anywhere! So they were less Christmas than we would have liked.

On the lemon ones, I did double the zest but I added it with some sugar after mashing it with a mortar and pestle. I also (accidentally) quadrupled the lemon juice and had to add more flour to get the consistency right.

Finally, for the Coffee Toffee, I followed the suggestions on the recipe but also added walnuts

I did a few minor things differently than the recipe. First, I basically went up 25°F on al temps since I was waiting so long for them to cook. And I gave them much more time to cool before cutting. I think that really made my life easier as they stuck together better and were much easier to work with!

In order to do all of the batches, I baked in the top oven and toasted in the bottom. I still ended up backlogged since it didn't take long to whip up a new batch and the overall cook time for these is pretty long!