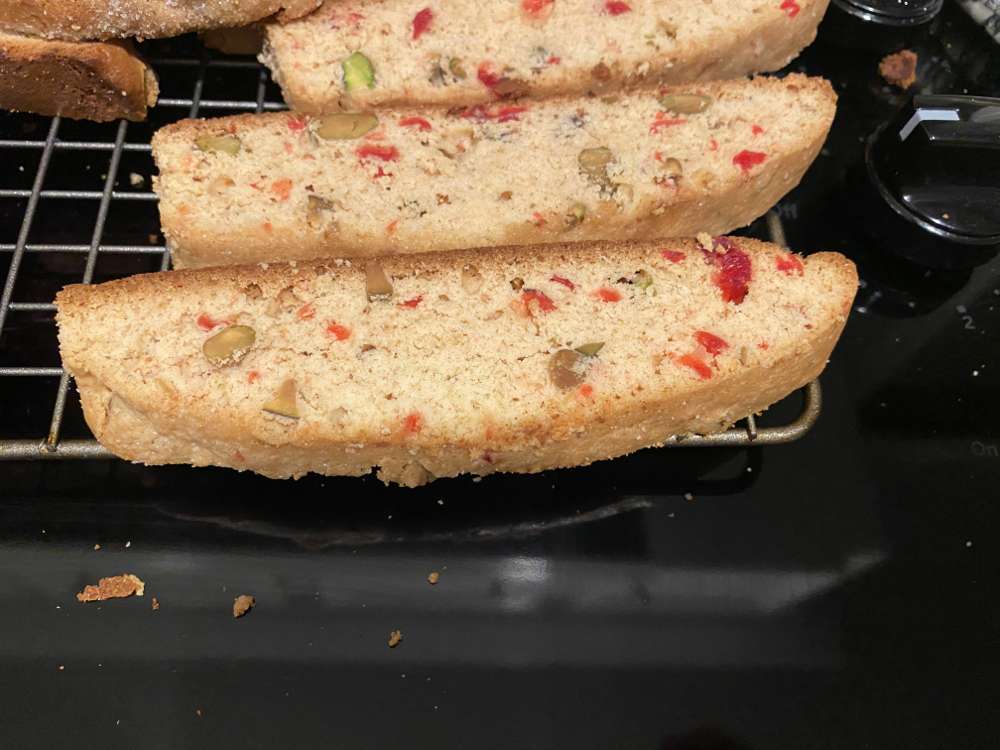 I made (and demonstrated) making biscotti for Meredith's mom. We couldn't find cherries anywhere so we again had to make the cherries ourselves using the King Arthur Flour Recipe.

In making the dough, we didn't have a scale so I used the volume measurements but I used 4.5 cups of flour. The weights and volumes on the recipe do not agree so I went heavy. I actually probably could have used more still.

The big issues we had were related to baking. I didn't realize the problem this would cause at the time and some of it is conjecture, but we overcooked the initial bake and then super-burned only the lower tray of the toast step. See, the oven is slightly smaller than a typical oven but standard 1/4 sheet trays fit in if you slide them into where the oven racks hold on the edges.

I think what this did was eliminate air-flow in the oven and, even worse, completely separated it into two (for the initial bake) and three (for the toast with two trays) sections. Making it worse is most ovens have the temperature probe at the top and the heat at the bottom. So the heating element stayed on for a long time to get some the top of the oven warm.

For the initial bake, I think it was okay though the bottoms were a bit browner and it expanded more. But for the toast step, it super burned the bottom tray!

The top ones tasted fine (though could have cooked a bit more) and the bottom ones were a mess! 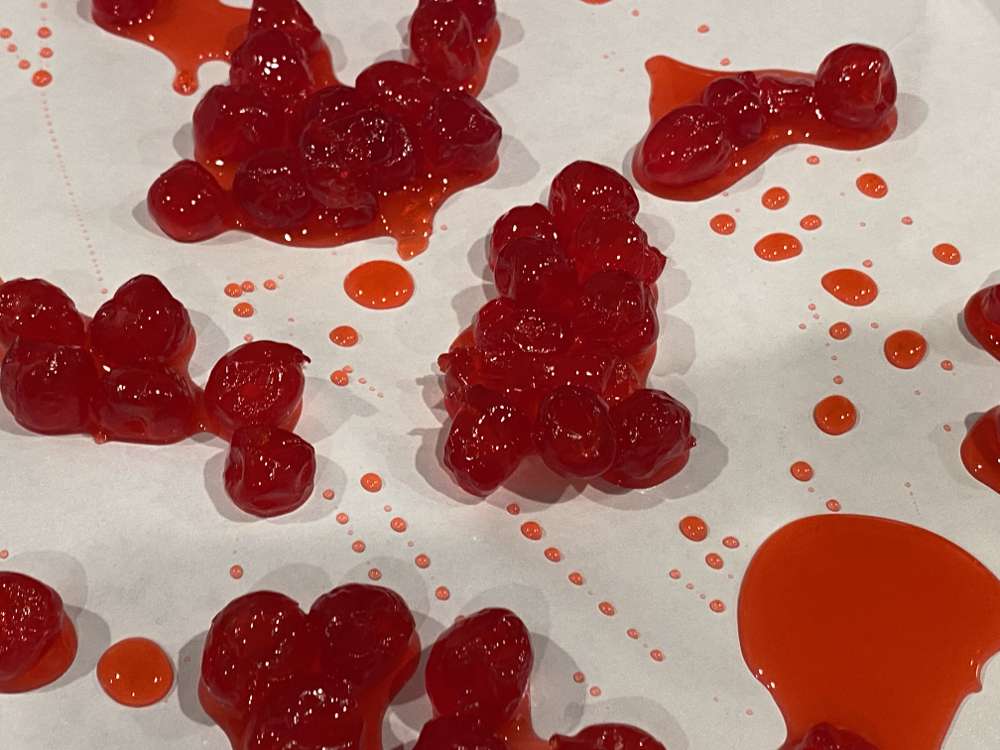 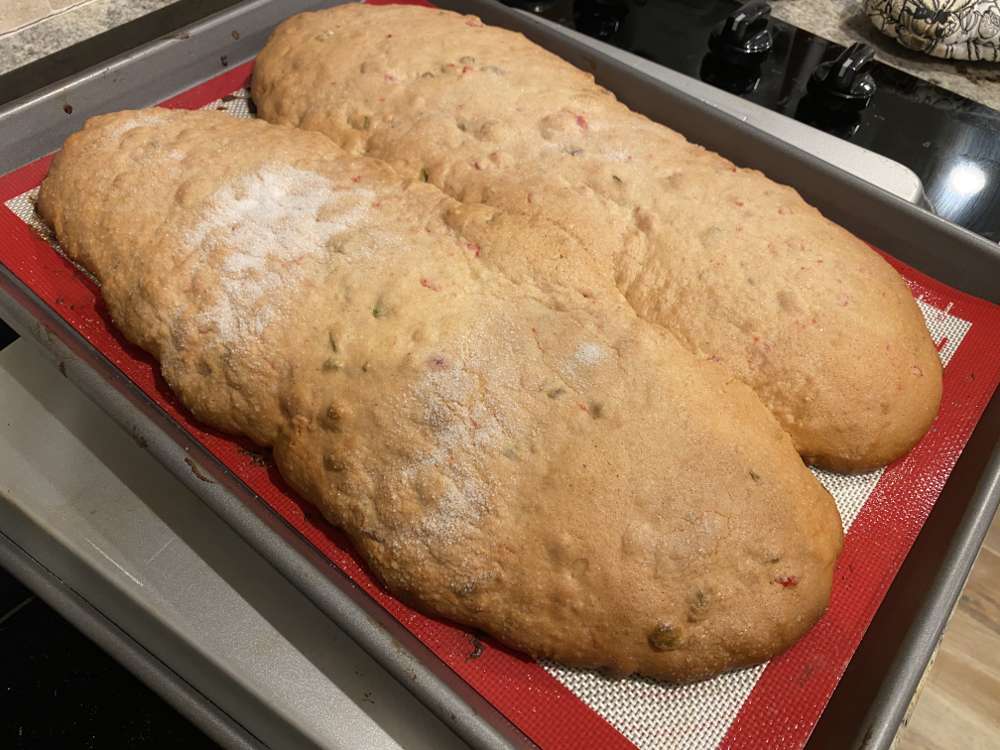 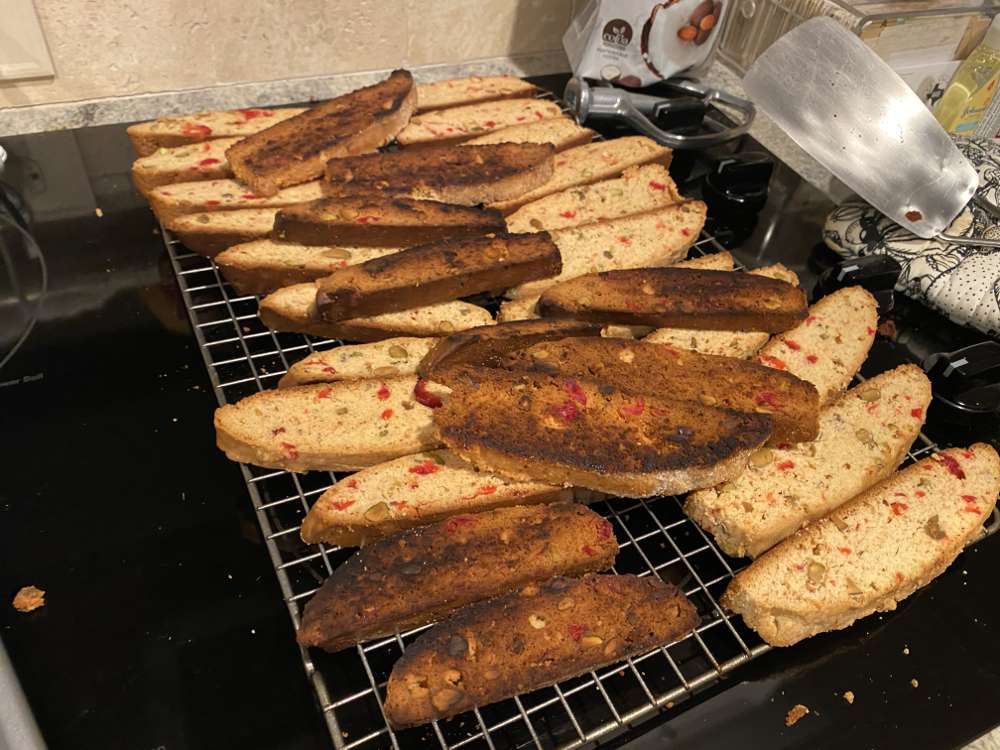