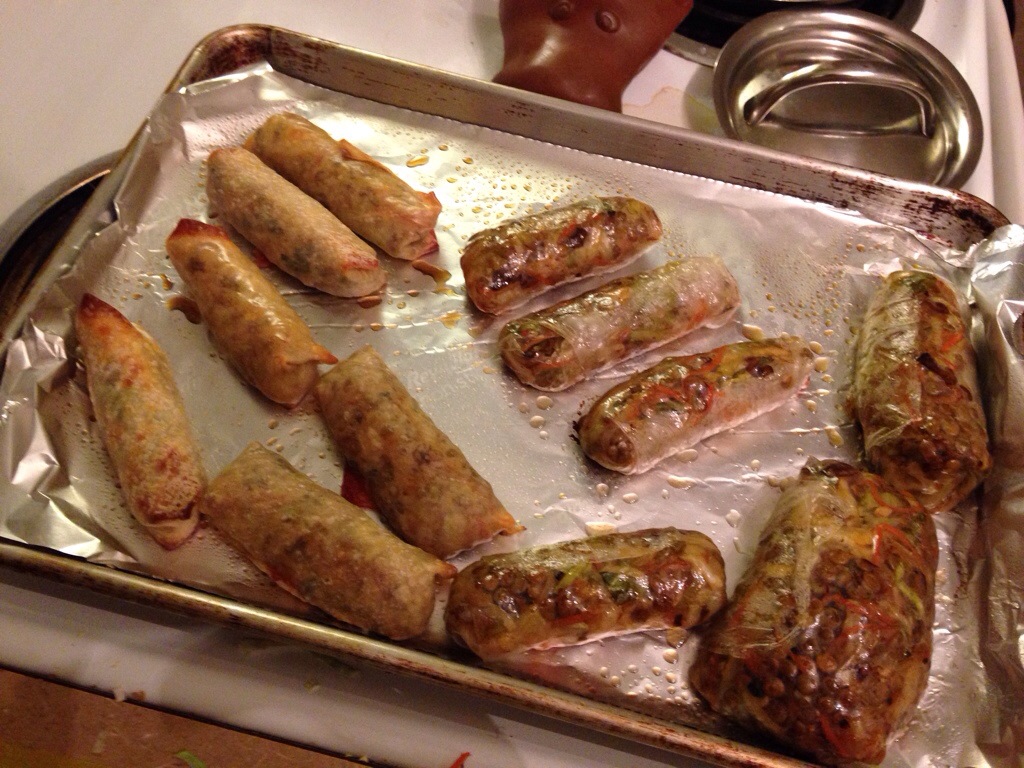 I made lentil egg rolls and spring rolls. I used the recipe on the back of the egg-roll wrappers (see photo from last time) with a few modifications. First of all, I used lentils instead of meat. I cooked 3/4 cup lentils in 1.5 cups water for 10 minutes and drained. Meanwhile, I finely chopped and sauted mushrooms which gave the whole dish a lot of flavor. The only other changes were to go heavy on the ginger (also like last time), heavy on the oyster sauce, and add some soy sauce, sriracha and a bit of rice vinegar. I used half of a small head of cabbage while last time, it was a quarter of a large head.

The recipe doesn't say much about after adding the sauce. I kept it going until it all cooked down nicely. I also didn't let it cool before filling.

I decided to cook it hotter at 425°F for 15 minutes. As you can see from the photos, I did 6 egg rolls and 6 spring rolls. Two of the spring rolls were the large ones and they were too big. I had to eat it with a fork and knife. Also, the eggs rolls really were much better when it comes to heating/warming the rolls. But, the wrappers are a lot less healthy compared to the rice paper.

The rolls were very, very good! They tasted like regular egg rolls but fresher and less greasy inside. I will certainly do these again. They are "almost vegetarian" but I used real oyster sauce. If I want to do them fully vegetarian, I could use the vegan oyster sauce from 2013-06-17(the wrappers have egg in them so they won't be vegan).

Also, while i was cutting the carrot, it was a strange shape so I used my hands with the pan to go to the finger guard as I got closer. It would have been a fine plan had my hand not slipped. I took off a nice chuck of my thumb. Oops! 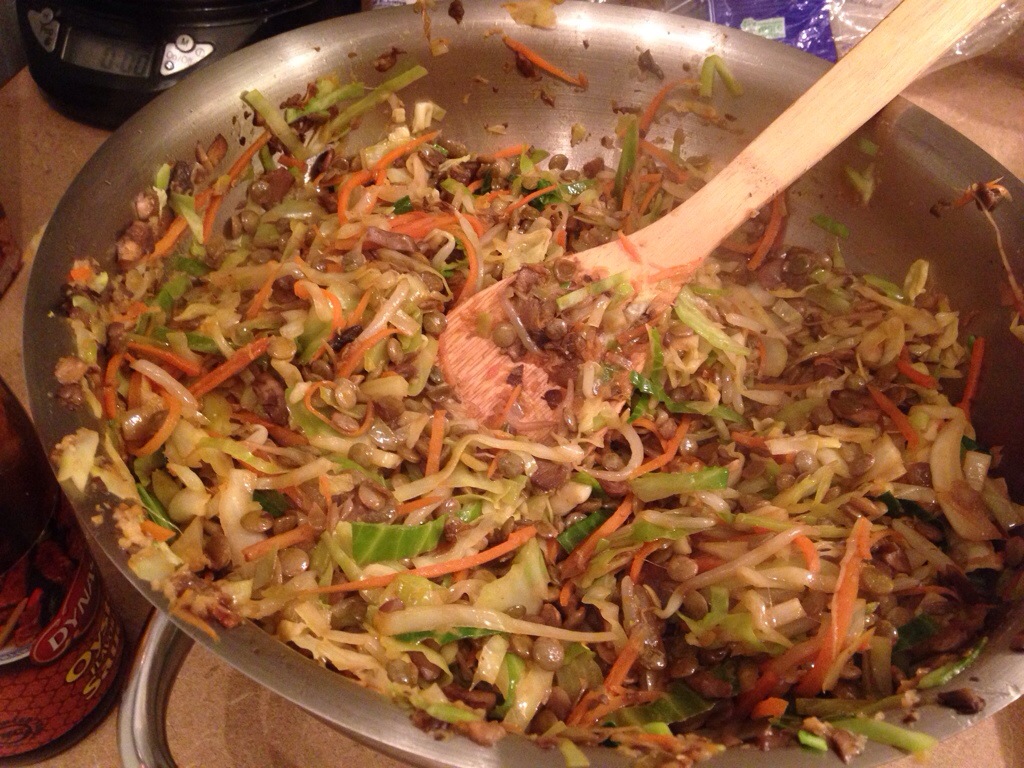 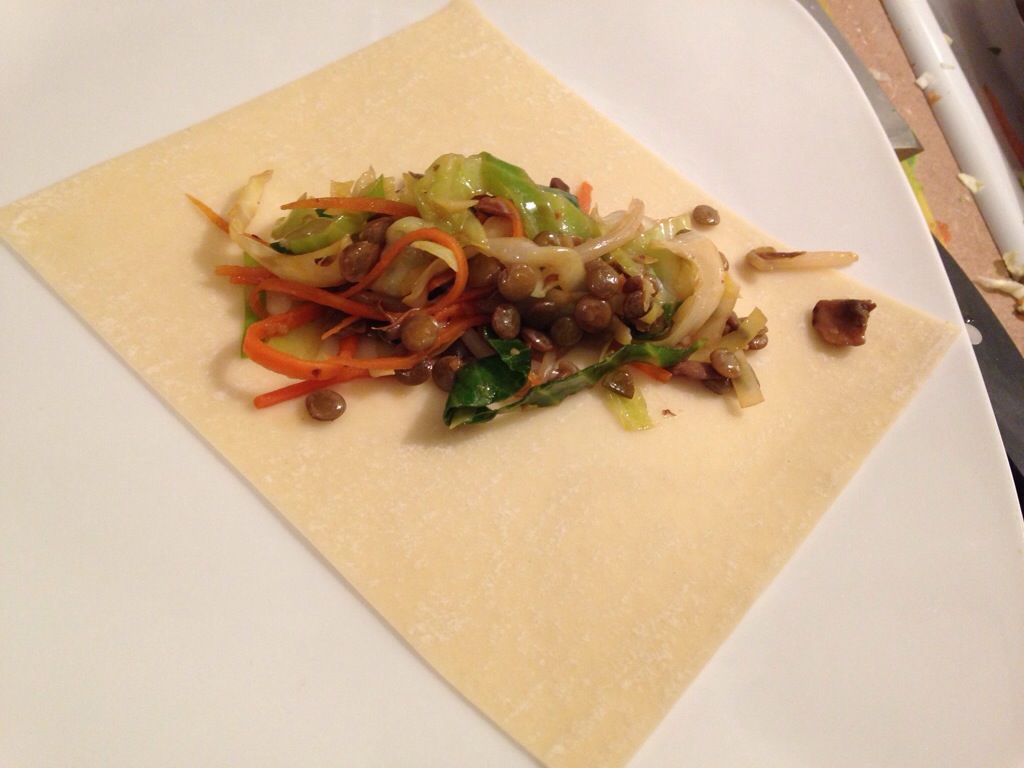 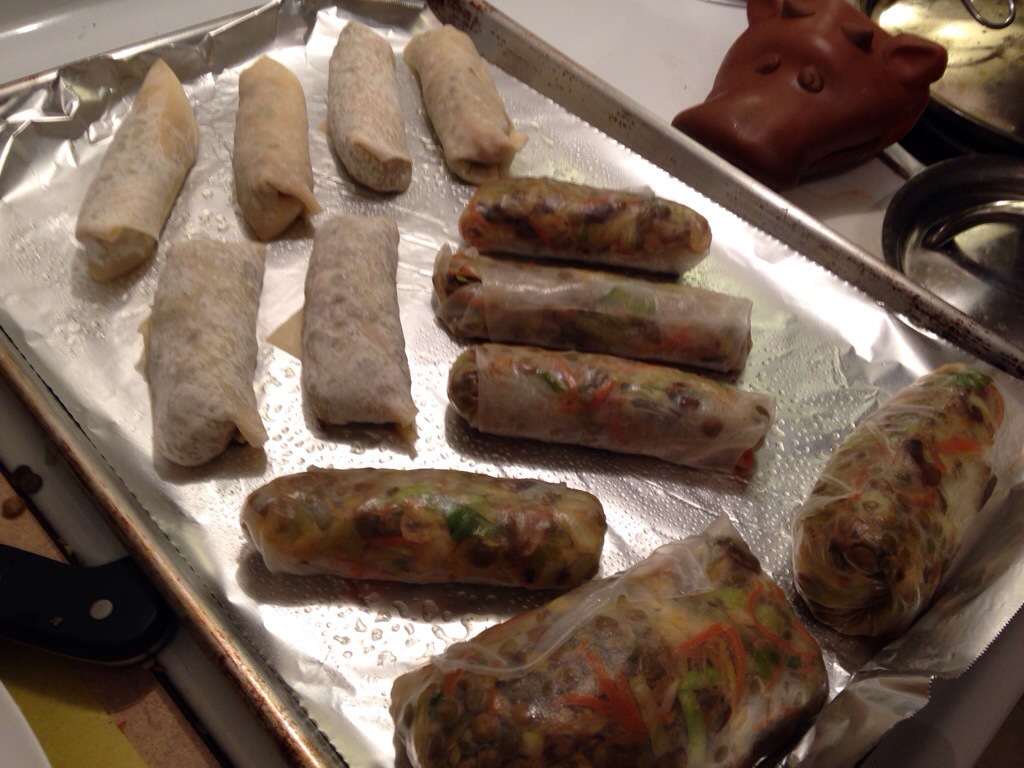