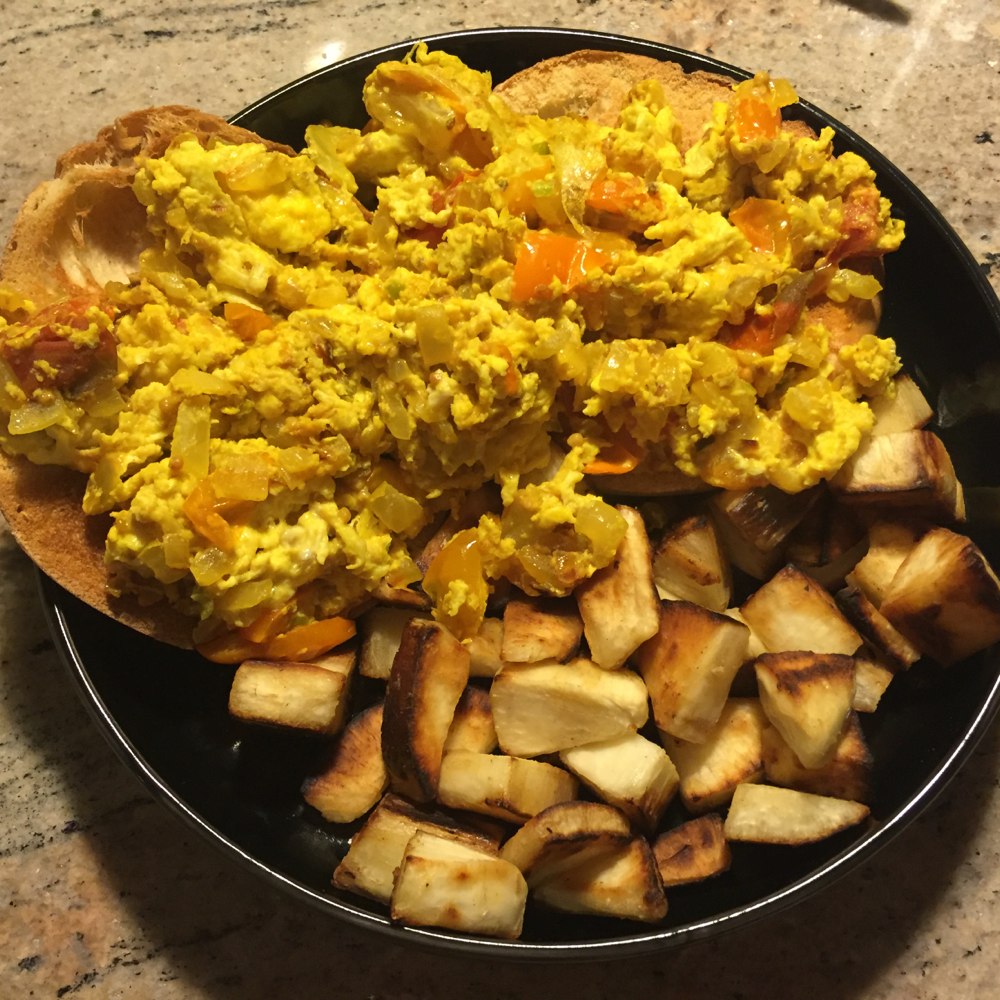 We made a pretty simple though oddly eclectic meal. Meredith made Indian Scrambled Eggs (Egg Bhurji) like we did before on 2016-04-13. I think she followed the recipe pretty closely. We used 3 chile peppers instead of one and it still wasn't too spicy. We also threw some (full-fat) yogurt (bought for a later meal) into the eggs kind of like cream. We also skipped the cilantro and added cumin. Meredith said she also went heavy (~2x) on the turmeric.

I also made yuca home fries. I had to peel the wax and then cube it. I cooked it in the cast iron with some oil and then later butter. I also threw some salt and pepper in too. I liked the flavor a lot but it was also pretty and kind of dry. I think that it may just be that yuca is a bit dry. I would still do this again. 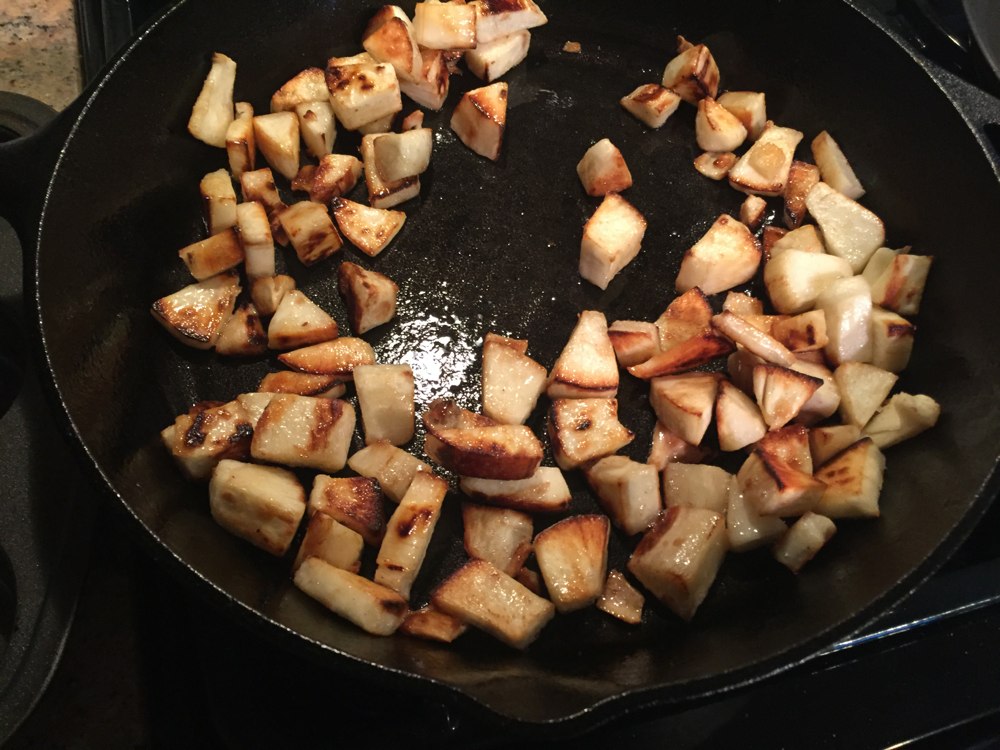 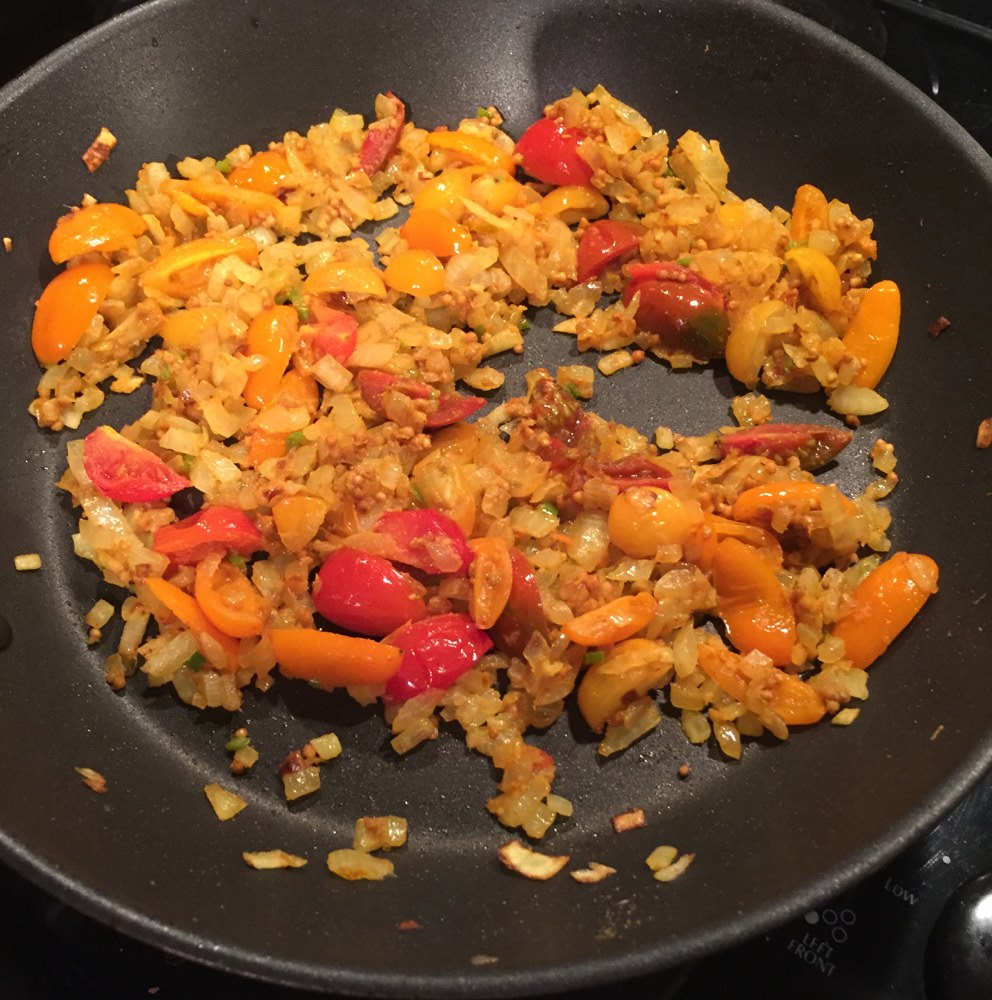