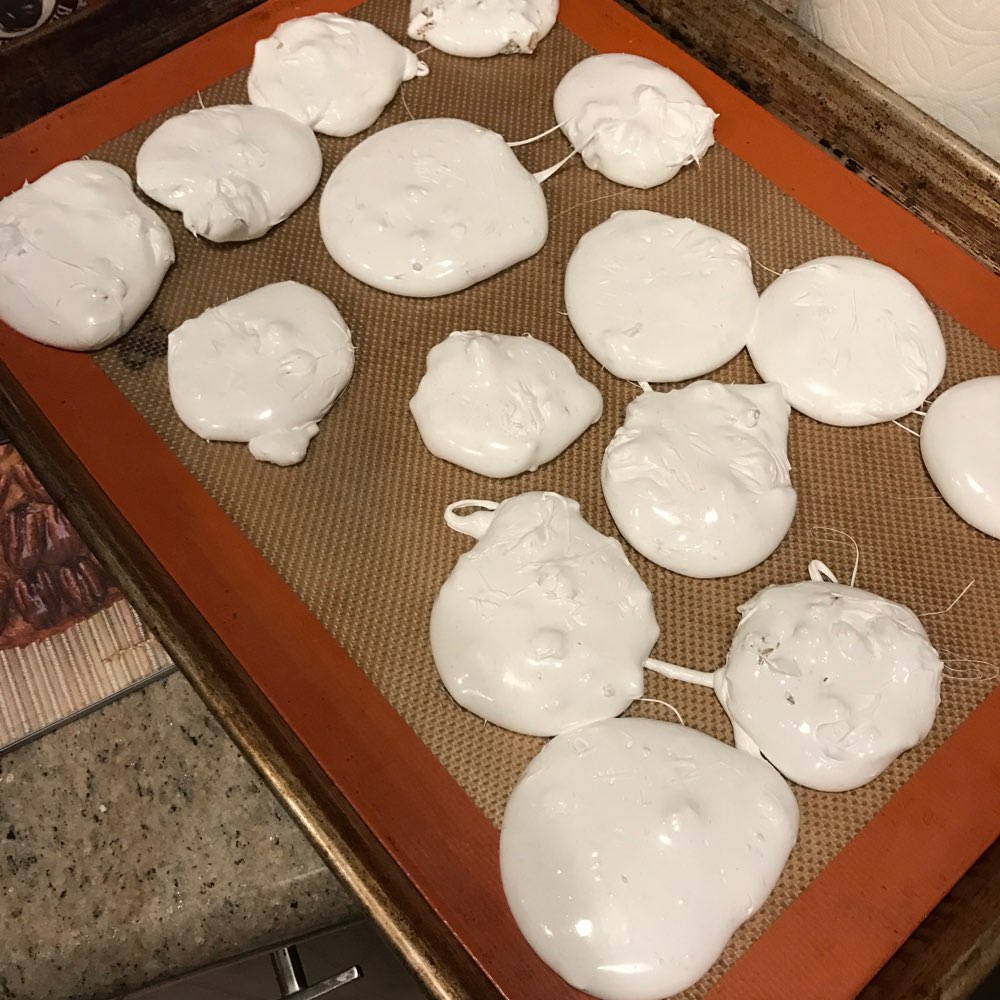 Meredith and I decided at the last minute to make Divinity. Ok, so last year I said I didn't want to use this recipe again, but since it was so last minute and a lot of the other recipes seemed similar or were "cheater" recipes (e.g. uses marshmallow fluff), so we went with it.

But, I did listen to my last-year self and used silpats. That made all the difference! They were sticky and annoying but they also easy enough for us to take them off the tray.

While, we haven't tried them after sitting (I'll come back and update if I have to) but we liked them a lot. The vanilla flavor was missed but I still thought these were (a) the easiest and (b) still pretty good.

Note that we let it go a full five minutes from the time we finished adding the sugar. The mixer seemed to really struggle but it made it through.

By the way, we had tried some store-bought Divinity and it had the texture of some of our other batches that we thought was bad. Maybe that is the correct texture?

Again, we will see how they hold up over time. 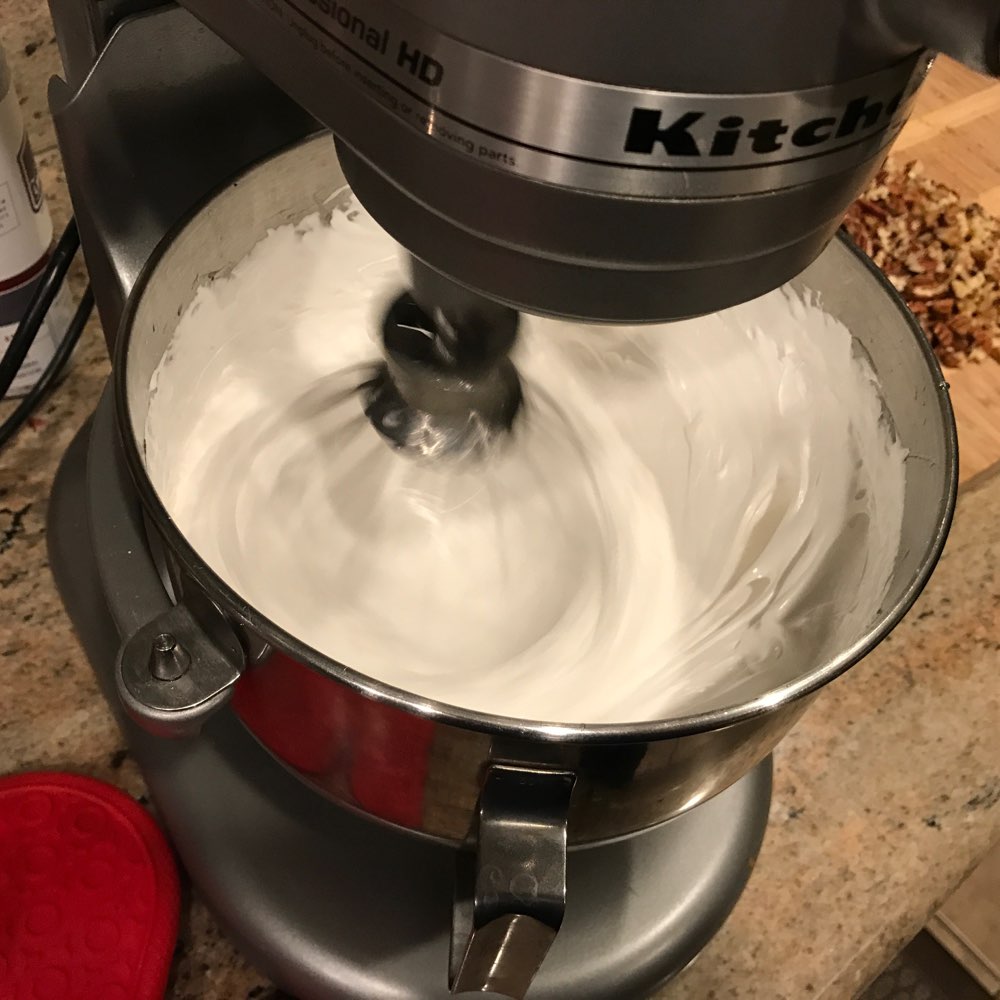 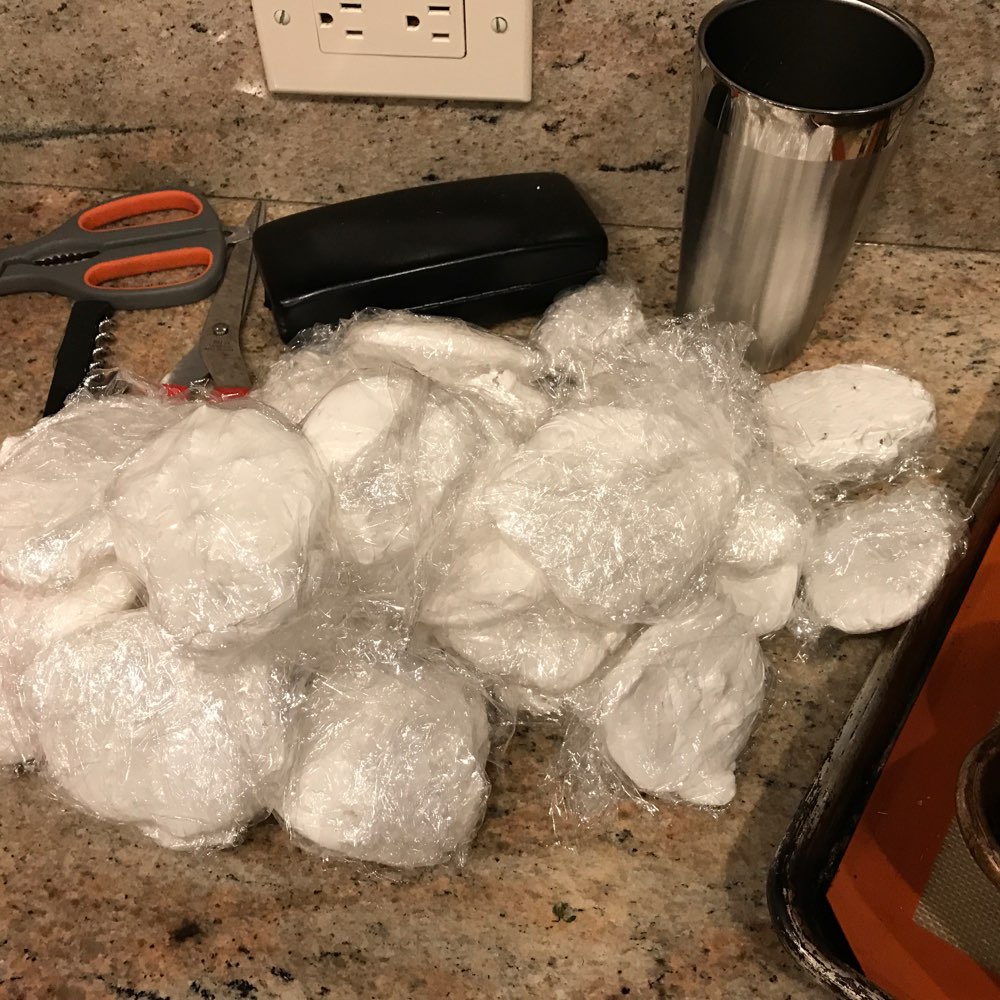