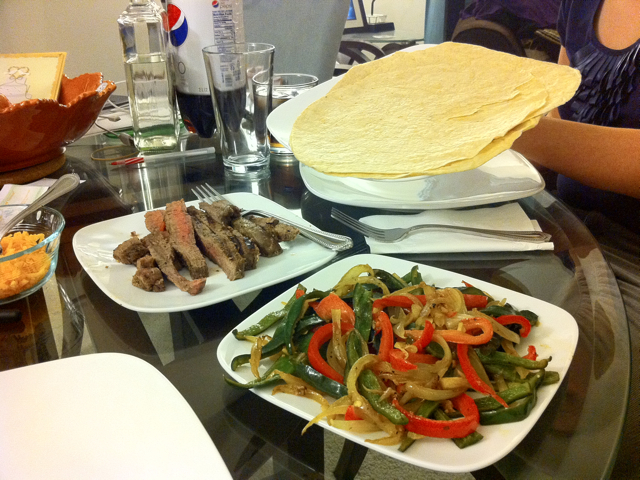 I made the carne asada marinade roughly following this recipe including the kiwi. I did not have cilatro and I used lime juice. I also used splenda. I added too much lime and it was noticable but not too bad. I forget the cut of meat, but it was very lean. One nice thing is that it maridaded for over 24 hours so it did have the flavor (even if it was too much lime). I cooked it on the griddler with the thermometer method (so easy!)

The pepper are red bell and poblanos. Poblanos are more flavorful and spicier than green bell peppers. The onion was a vidalia onion. I mixed in a bit of fajita seasoning to give it all flavor.

The steak was 10 for the meat and probably some for whatever oil stayed from the marinade. The wraps were 1 each (La Tortilla Factory).