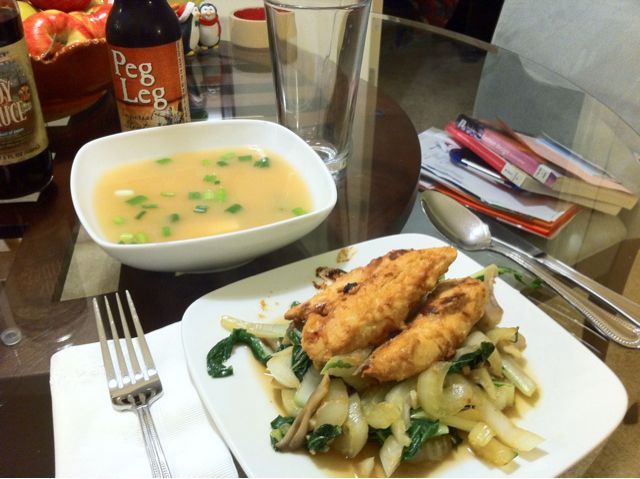 The Miso chicken was roughly based off of this recipe except that I cooked it in the pan. It marinaded for about 8 hours which was really nice. Becuase the marinade was so salty, it was like brining the meat so it was also very moist. This was the best part of the meal but it was salty. It was served over garlic bok-choy based off of this. The bok choy was okay. Again, salty.

To add the salt fest that was this meal, we had miso soup. That was based off of this. It wasn't great. We may have used too much dashi or something, but either way, it was very fishy and very salty. I guess the saltiness was to be expected, but it was a bit much. We may try to find better recipes for all of the things in the future (if we decide to try them again).

Points were low (but not healthy with all the salt)