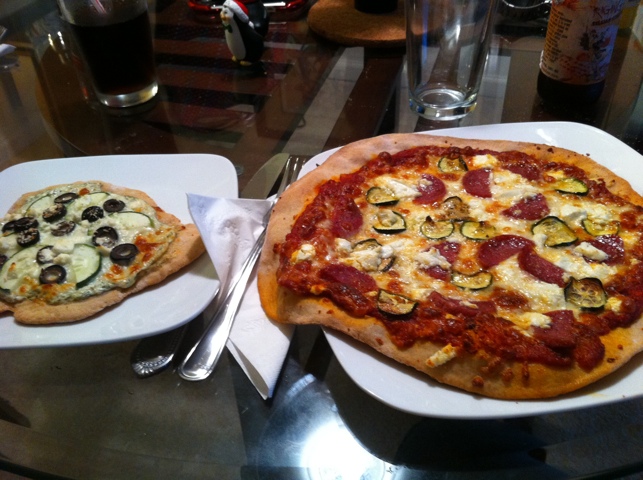 We made pizza again. We used the same dough recipe (1/2, normal swap) though I had some issues. I made it the night before, let it rise once, then punched it down and refrigerated it overnight. I took it out the next morning and despite being out for a while, I didn't think it really "came alive" very much at all. Maybe it was the cold or maybe it was just bad yeast (though the first rise was normal). I do not know. Either way, it made for harder to spread pizza (I always use a rolling pin but Meredith is usually able to avoid it) and more a cracker crust. The crust was still good.

Today's sauce was really good. I did basically the normal of onions but I added one habanero pepper (chopped really, really finely). I sautéd them, then added blended tomatoes and tomato paste. I added some salt and pepper then let it cook away much of the water. It was very flavorful.

My two pizzas (one small, one big) were pretty similar. They were both sauce, part skim mozzarella, and soppressata. My first one (top photo right) also had zucchini and some goat cheese which gave it a really nice bite...or if you ask Meredith, made it inedible. My second one (very bottom photo) had cut cherry tomatoes and some dried rosemary on top.

Meredith's were much more interesting. Hopefully I get it right. Her first (top left) was a greek pizza. She made a fat free tzatziki instead of sauce and then used olives and cucumbers. I do not know if there was feta. Her second (below) was a mexican pizza. She mixed the tomato sauce and Pace hot salsa. Then she topped it with pieces of avocado with sprinkled cumin, as well as corn, some soppressata and I think something else but I do not remember. Hers was VERY GOOD! I liked it more than when she just uses salsa 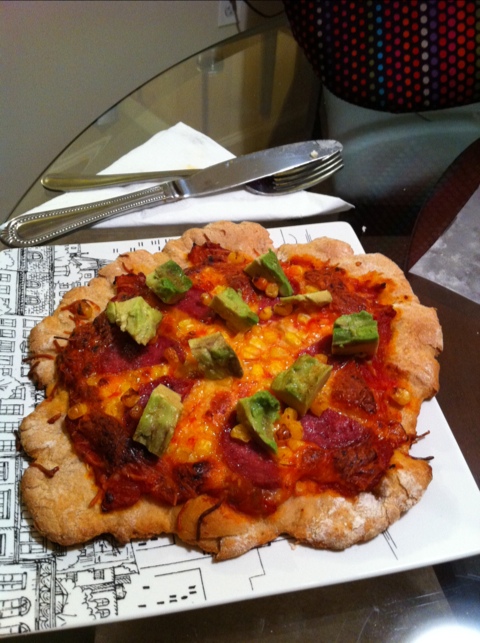 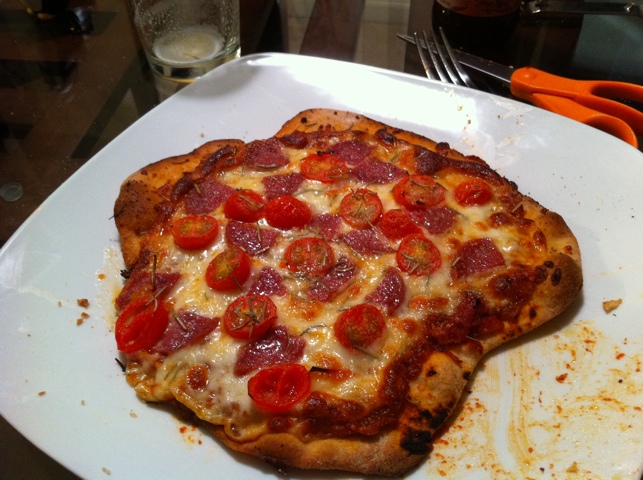