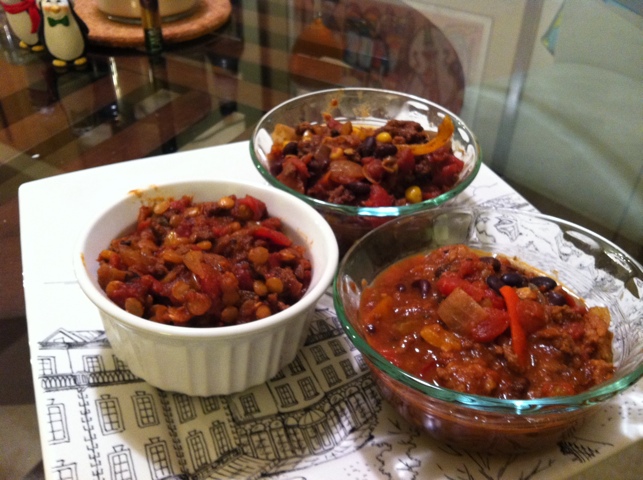 Meredith's sister was visiting and we decided to do a real chili cookoff unlike last time. It was a while ago so I will not remember all of the things. Brooke's was the closest to normal chili. She used taco seasoning and normal chili powders. She also used some gimme lean which gave it a different but nice texture. Meredith's was based on the chocolate one from last time (link above). I do not know the exact changes. Mine was strange. I used a lot of adobo sauce from chipotles in adobo giving it a smoky taste. Then I added curry powder. Finally, instead of beans, I used lentils. So, it was strange to say the least. Mine is in the while bowl, Meredith's is the top and Brooke's