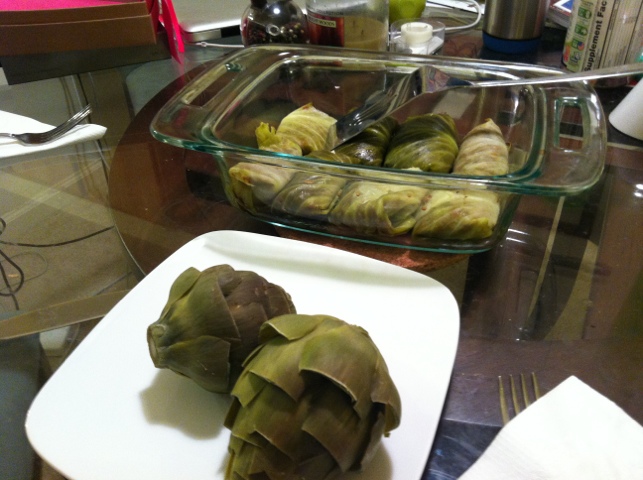 We made lentil stuffed cabbage. I kinda just winged it on the lentils creating one of those never-going-to-be-able-to-repeat type fillings. It was also over a week ago so I do not remember the details, but I will try. I made the lentils following the idea from this Kitchn Post, basically using a 1:2 lentil:water ratio. I only used 1/2 a cup of lentils making it really healthy. I used chicken base and a whole lot of seasonings including Trader Joes 21 Seasoning Salute, a _lot_of garlic powder, some onion powder, crushed red pepper, etc. I also finely chopped mushrooms and added them. The mushrooms added a nice amount of flavor and since they were chopped, the texture was nice too. I think I added more, but I don't remember. I also added some white vinegar when they were done since I knew the lentil soup recipe called for it and I like the tang.

The lentils were really good. So much so that when we stuffed them in cabbage, we decided to skip the sauce so as to not drown out the flavor. Also, we steamed the cabbage leaves. I think boiling them as a head made it easier to remove last time.

We also had artichokes. I do not remember what dip we used.