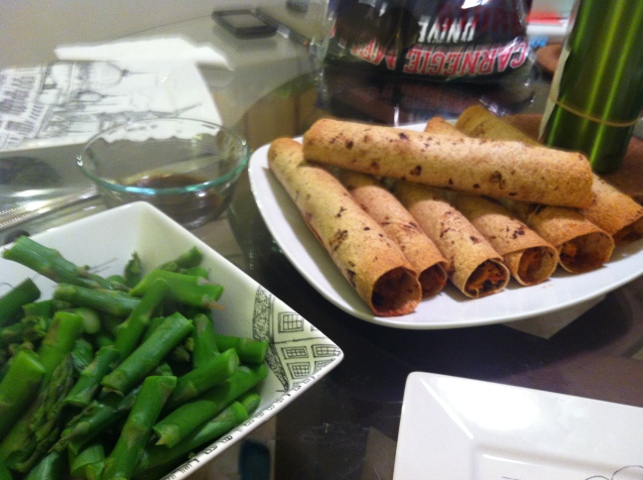 This was the pretty standard taquitos but as usual, there is a lot of room to play. I do not remember exactly what I did (it was a while ago), but they came out great. Off the top of my head, I remember putting some carrots in (which you coudln't even taste but made it healthier) and some black beans (new idea). Other than that, the pretty standard onion, some corn, shredded chicken and two melted laughing cow cheeses to bind it all.

I again shredded the chicken in the mixer. However, in testing to see if it was done enough form the pressure cooker, I cut it into too small of pieces. That made it really hard to shred so I had to run it for a while. It didn't matter in this application since it was going in something, but I should be more careful in the future.

Also, I usually use a hot pan to warm the tortillas before rolling but this time I used the non-stick. It was even easier.