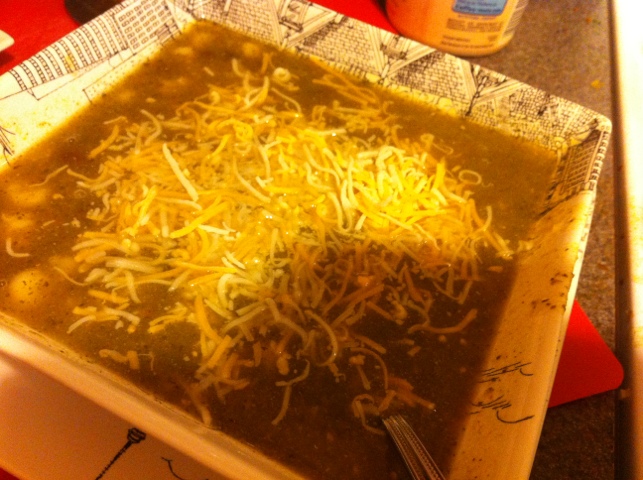 This was supposed to be the standard Posole, but we did a lot differently. First of all, we forgot to buy peppers. So, the only peppers in here were a bunch of pickledjalapeos. We _didn't _use chipotles so there was nosmokiness (A good thing, I think). Also we used canned tomatillos. And, since I didn't want to only use half of a can, We had more than double the amount. We used fresh cilantro but driedparsley. I also added all kinds of spices including some hot (not smoked) paprika and some crushed red pepper

I do not recall what. if any, other changes I made, but it was very good as usual. Maybe even better. A bit spicy.