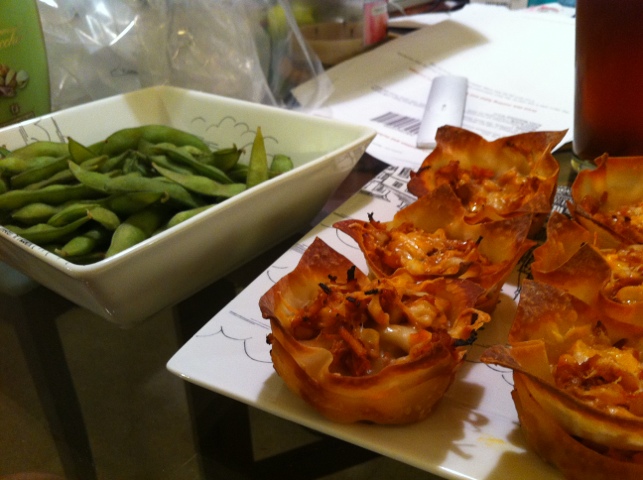 The filling was pretty standard. I sautéd onions (with too much oil, see note below on points), Then I added about half a cup of frozen corn. I added about half a cup of hot salsa. I also used some soy sauce instead of salt and some hot sauce. I made the shredded chicken using my standard technique. That is, about 1/8-1/4 inch of water with seasoning in the pressure cooker then cook on high for about 10 minutes. Then, shred with the mixer. After it was all mixed, I kept adding some of the pressure cooker "broth" to moisten it and let it cook down. Finally, I added 2 softened laughing cow cheese wedges

I also had steamed edamame

It came out a bit high, but I used too much olive oil. I will go lighter on it next time to save a good number of points.