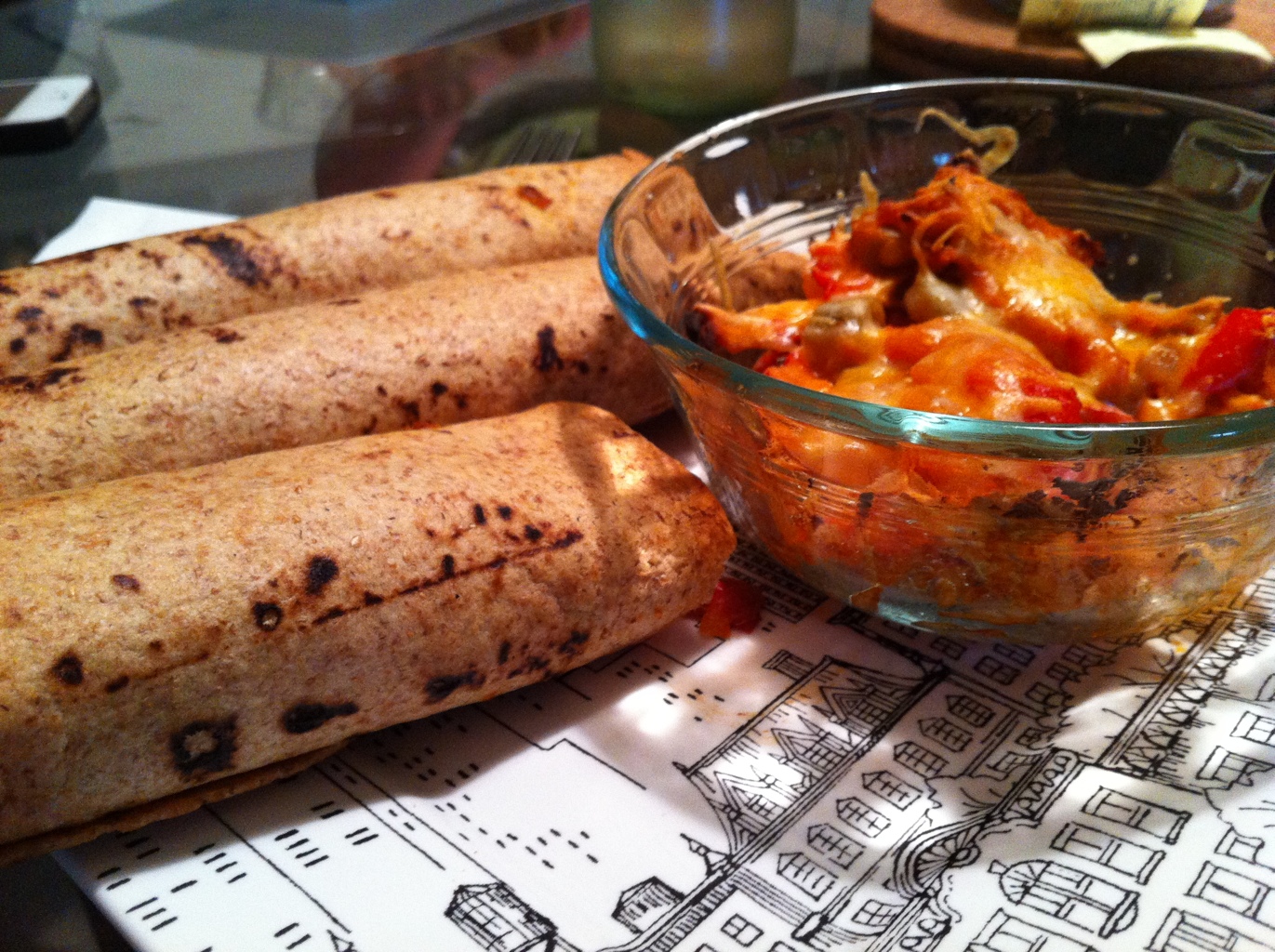 I attempted to make the pretty standard taquitos included shredded chicken. About the only other change was that I accidentally added way too much salsa. Plus, it was medium instead of hot salsa. It added a goodamountof tomatoes which was nice. In addition to onion, I used a red pepper, some chopped mushrooms, and carrot slices (hey, why not add nutrients). We didn't have enough tortillas so I put the remaining filling into the glass bowls, topped them with cheese, and baked them too.

I think it has been better before, but this was still pretty good.