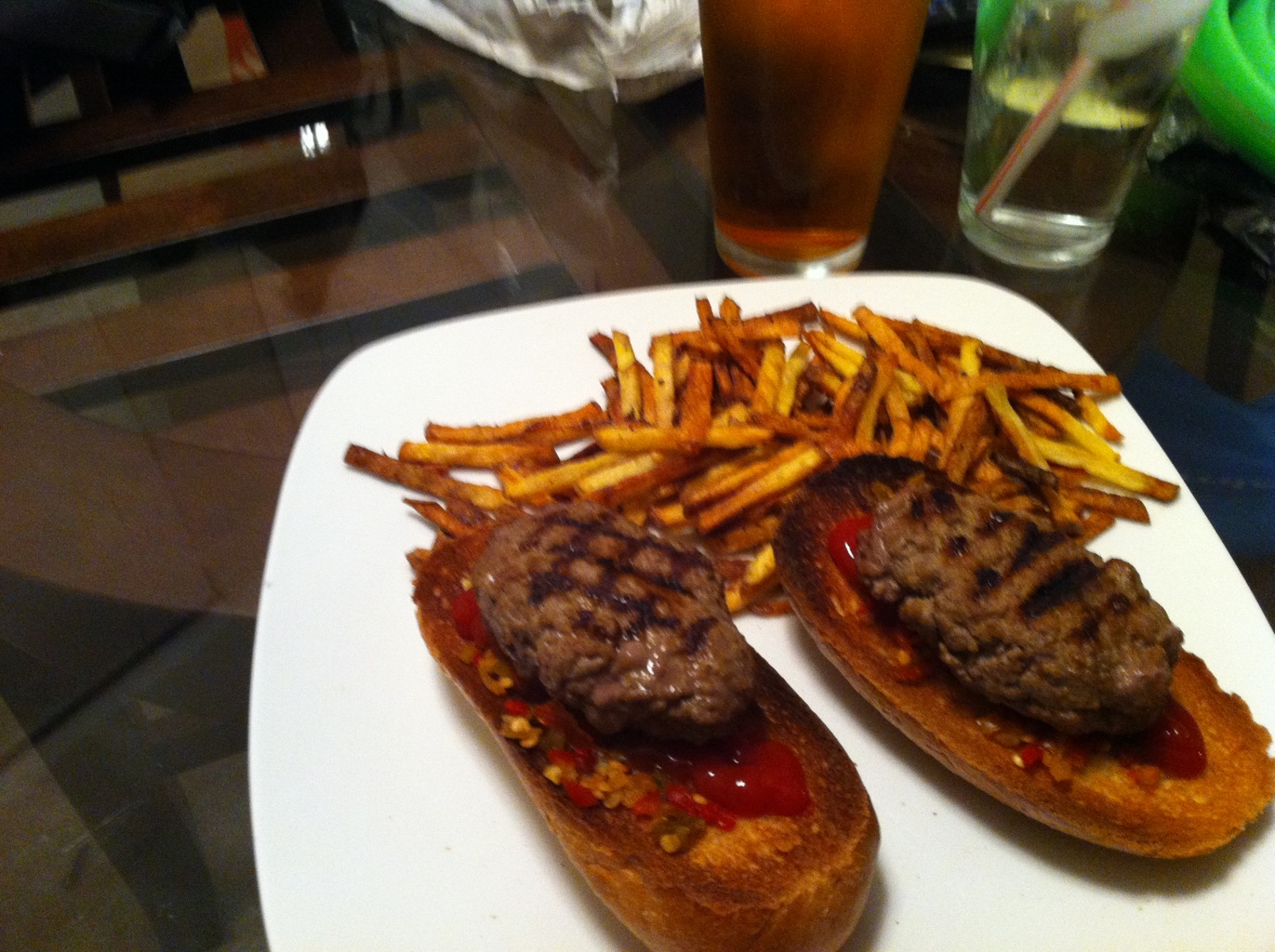 This was my first meal I cooked in my new apartment. I also got to use two new kitchen toys. FIrst, I made the hamburgers with lots of seasonings including a tiny bit of nutmeg, some garlic powder, minced onion, and others. Then I used my new cast iron grill pan. It worked pretty well! I decided to have them open face (each patty was about 3 oz)

I cut the fries with my new mandoline. It was so easy! Much better than the old one or doing it by hand. I sprinkled them with olive oil, then salt+pepper and baked them at 400 for 35 min. Despite rotating the trays halfway through cooking, one set got more cooked than the other. Oh well.

I made two servings of both potatoes and burgers and took the second for lunch.