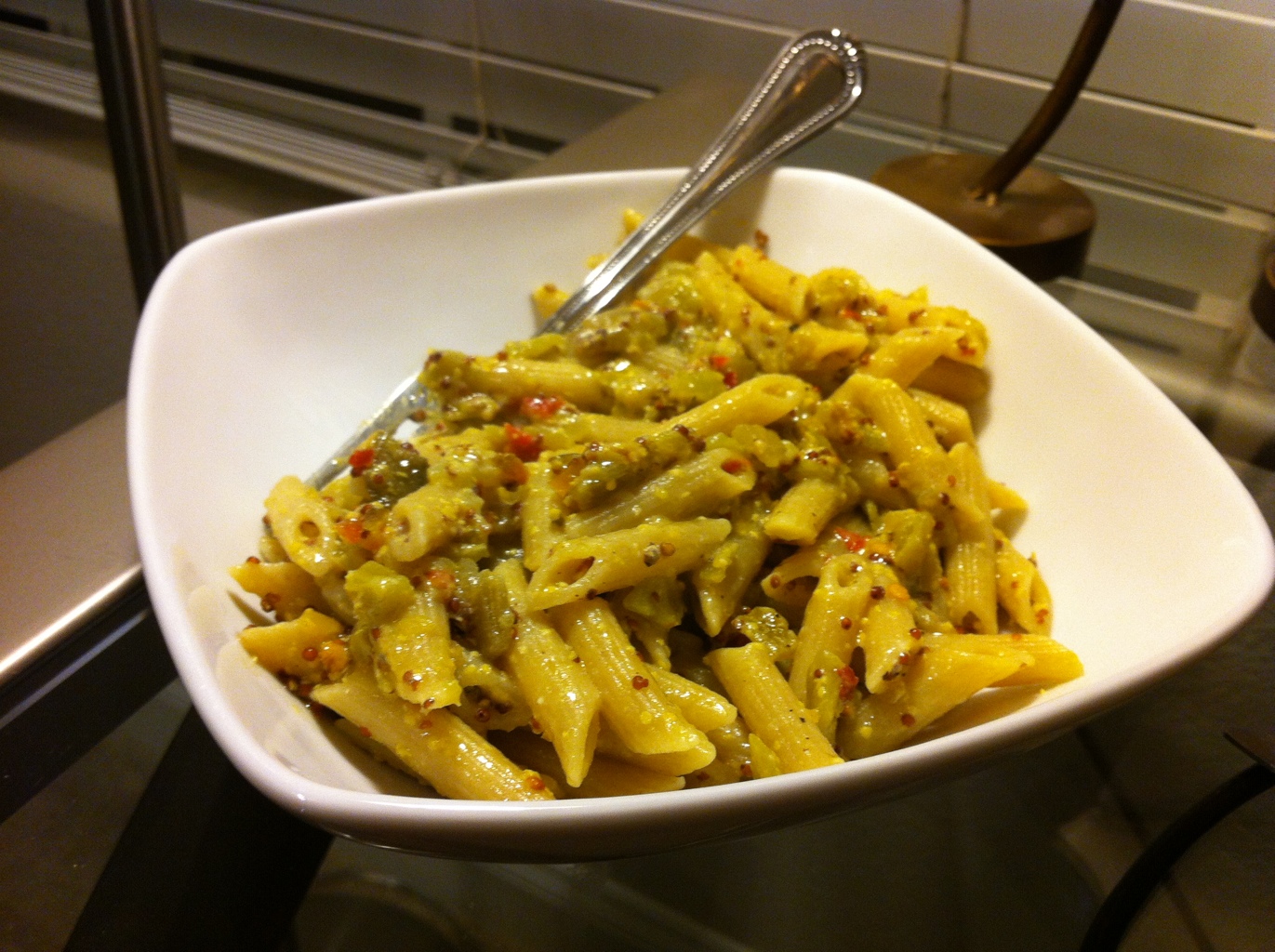 I was making Moussaka but it took way too long and I didn't want to wait. So I am having that tomorrow (see that post). So, then I wanted to go to a meal I planned later in the week from Serious Eats (I will come back and link to my own page of it later), but I apparently didn't have tuna. So, here is what I did: I took pasta (the Plus kind that is multi-grain and extra protein). While it was cooking, I took some olive oil and a heaping scoop of whole grain mustard and put it in the pan. I then added some fire roasted green peppers and then a scoop of hoagie spread. Finally, I added a wedge of laughing cow cheese. I added the pasta to the pan (a trick to get better flavor). Then, I added a bit of the pasta water I reserved (another trick to coat it). Finally some black pepper!

It was actually pretty good. Had a nice bit of spice. I do not know if it was from the hoagie spread or what, but it was good. I would definitely make it again. It would have been even better with the tuna.