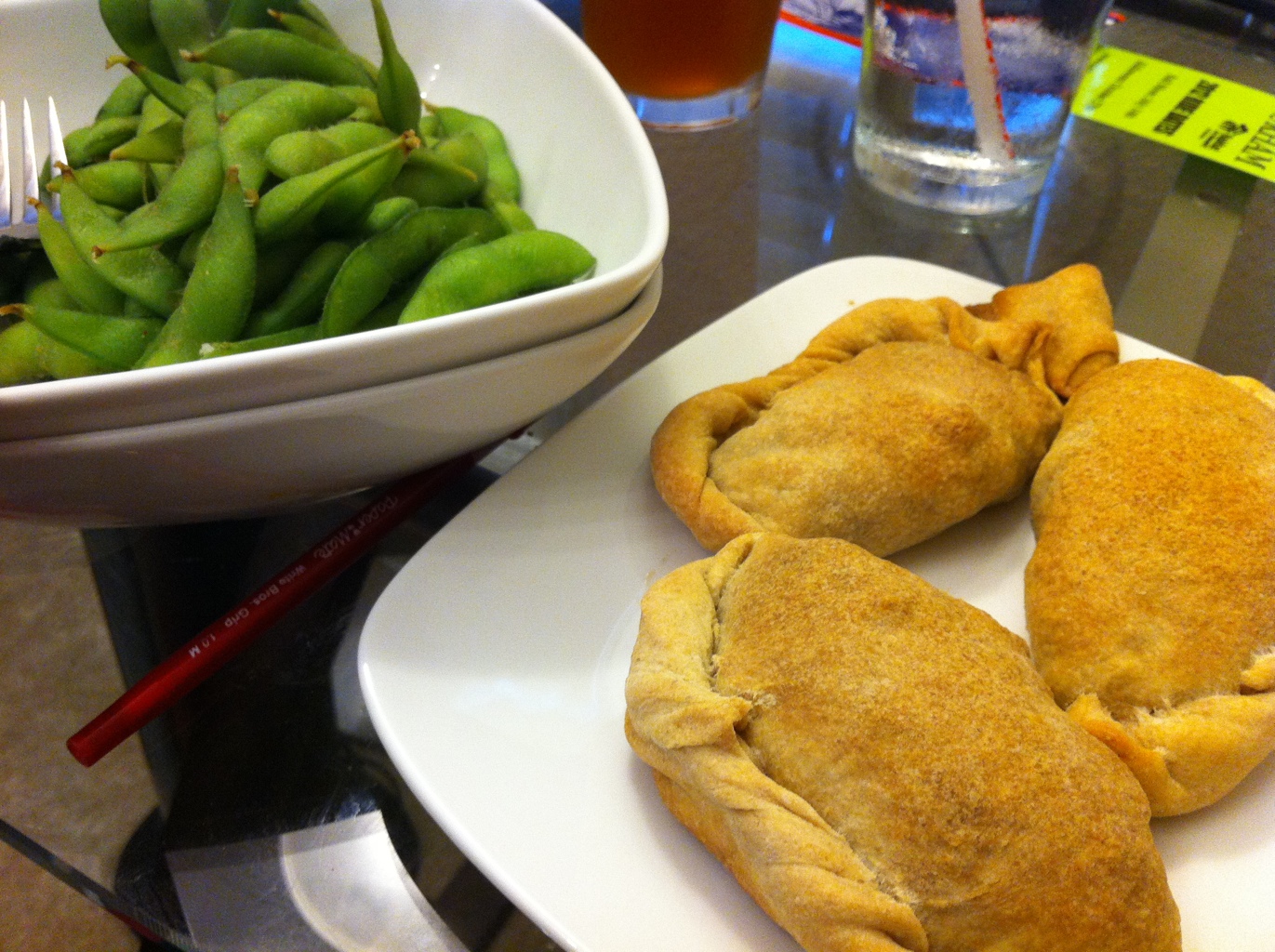 I made black bean empanadas just as I have done before. I started with the normal dough. (though I accidentally used too much salt) I sautteed an onion, added a green bell pepper, a jalapeno pepper and some frozen corn. I figured out a trick with the beans. After adding them, I dropped a bit of water in the pan and covered it. It steamed them and make it really easy to mash with a potato masher. I added some crushed red pepper, habanerotobaccosauce, and a bunch on other seasonings. Finally, I added some white vinegar for an extra tang to it.

They came out really good. I liked the addition of the vinegar in the mix. And the salty dough was even better. I do not know if it was the extra peppers and stuff but I had leftover filling which was a nice appetizer while they cooked.

Of course, they didn't look as nice since I am nowhere near as good at folding and crimping them, but they were fine.

I also had some steamed edamame.