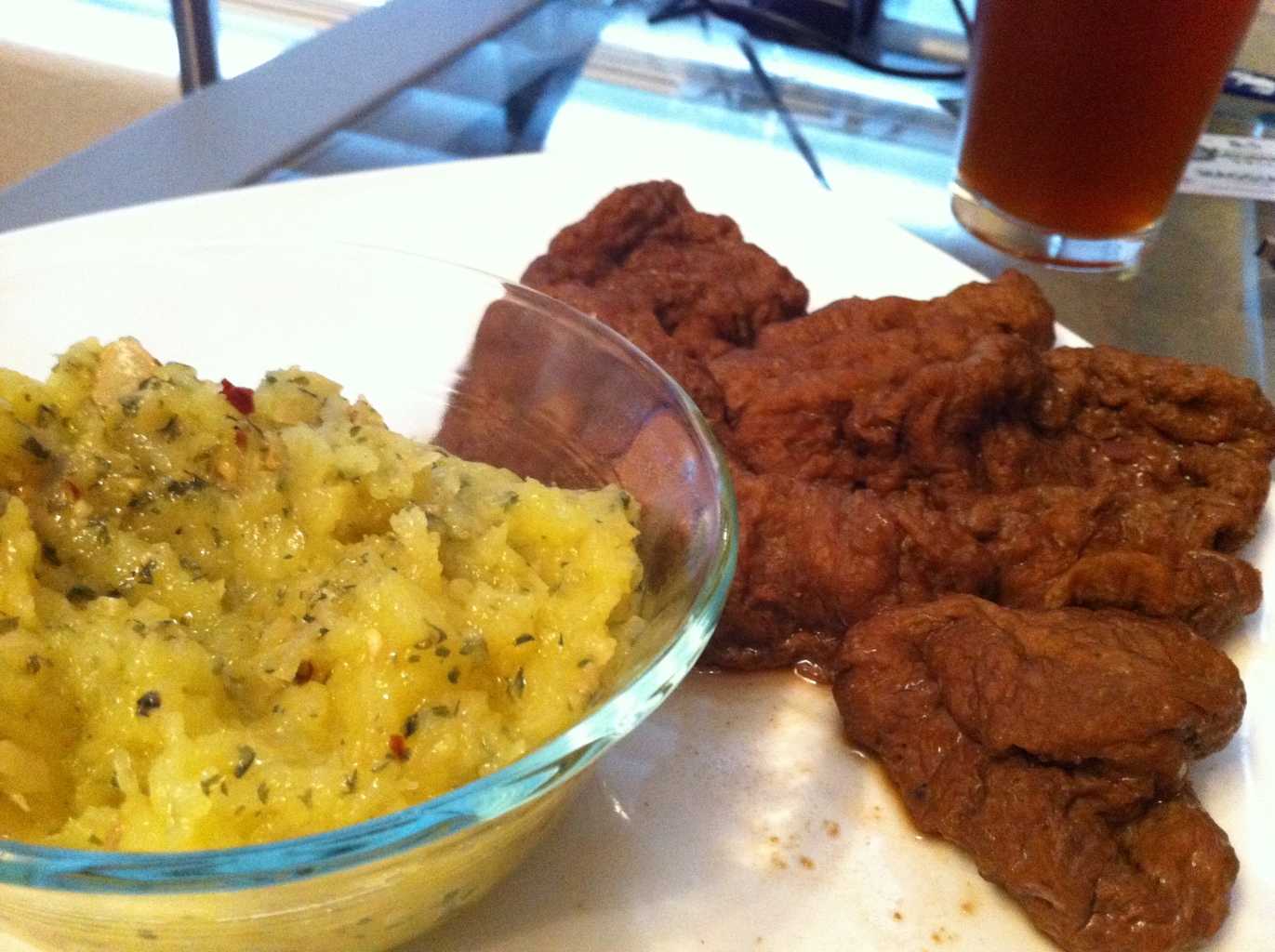 I basically followed the same seitan recipe from my dad. I again used the food processor. I made the regular dark simmering liquid. I also added a bunch of different seasonings to the dough including some sriracha to the liquid part.

Overall, it was pretty good, but nowhere near as good as either the store bought, or my dads. Both the flavor and, more importantly, the texture. He uses the same recipe so I need to talk to him about_exactly_ what he does.

I also made a garlic and oil sauce and mixed in some leftover spaghetti squash.Unfortunately, it turns out the points of the olive oil (estimated about 7) were higher than the seitan (about 6 for half the recipe). Oh well. Still a low dinner.