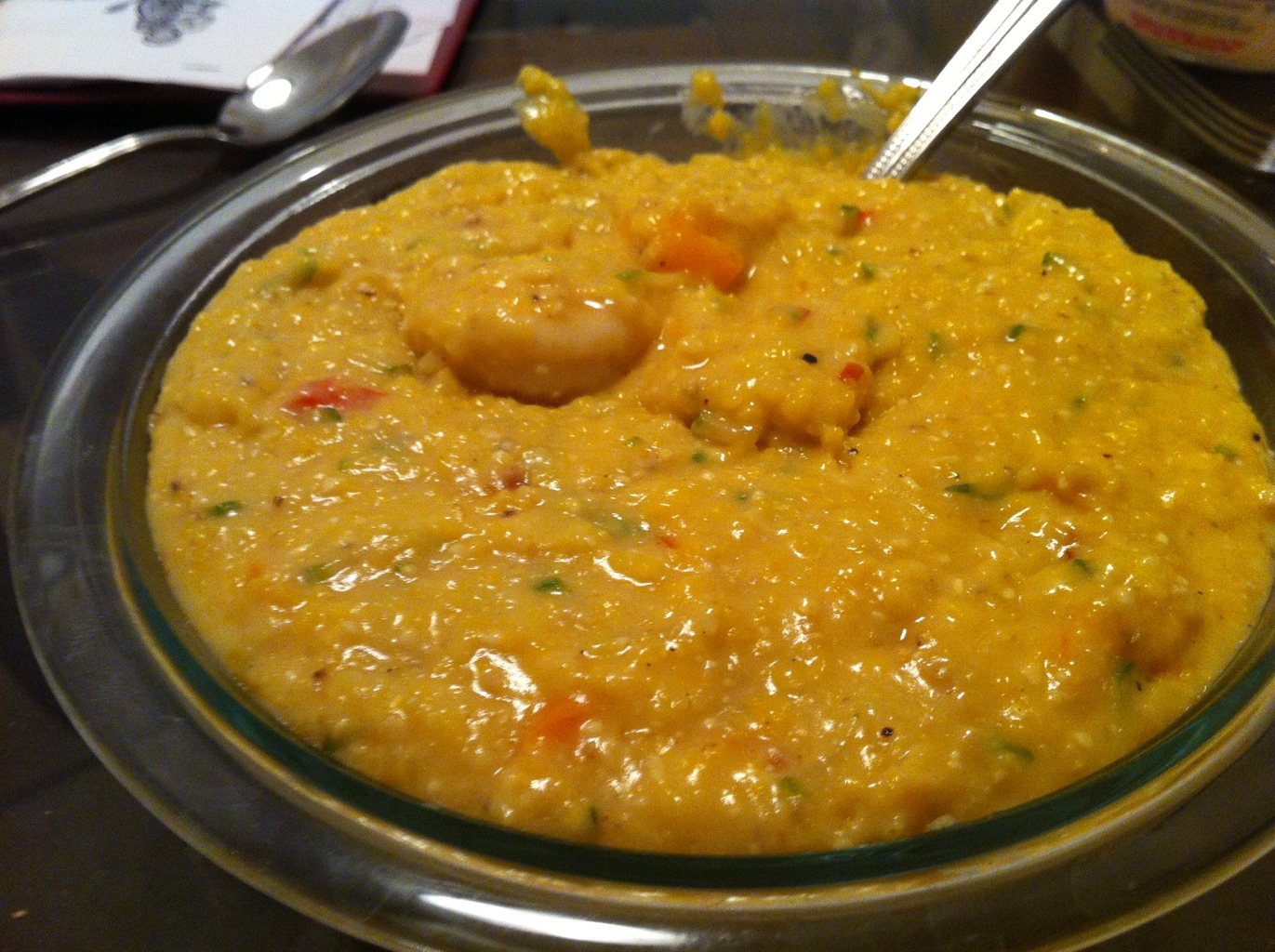 I had read a few recipes on shrimp and grits and they were all basically the same: make grits, make shrimp, combine. I figured that was easy enough. Some recipes called for grits to be made in just water while other wanted heavy cream. I made 3/4 cup of dry grits which calls for 3 cups of water. So, I did 1 cup of water and two of unsweetened almond milk for more creaminess. I also threw in some Smart Balance "butter."

I have been a fan recently of putting extra veggies in food, even if you won't taste them much. So, while that started cooking, I julienned (with the mandolin) half a zucchini and then I thinly sliced small sweet peppers. I sauted them to get them semi cooked and then I added them to the grits.

I cooked the peeled shrimp (about 1/2 pound) in the sautee pan with a tiny bit of old bay. When the grits were ready, I added everything together. I also added some onion and garlic powder and crushed red pepper

I also added a small amount of low-fat mexican cheese mix and two ounces of goat cheese. That was probably the largest source of points in the meal and ended up not adding much flavor.

Anyway, it was extremely tasty, though as I just noted, you barely tasted the goat cheese. I did notice the peppers and zucchini though not much. The grits (which were from the Whole Foods bulk bin, BTW) came out very creamy and everything melded well. I would absolute make it again, but skip the goat cheese to save points. I do not know about the mexican cheese mix. I could probably skip that too.

Points Plus: I just guessed how much smart balance and mexican cheese i used

So the whole meal was pretty large at about 25 points plus, but it made a lot of food and could be cut down to less in the future. Also, considering how many points I have a day, this isn't too bad.