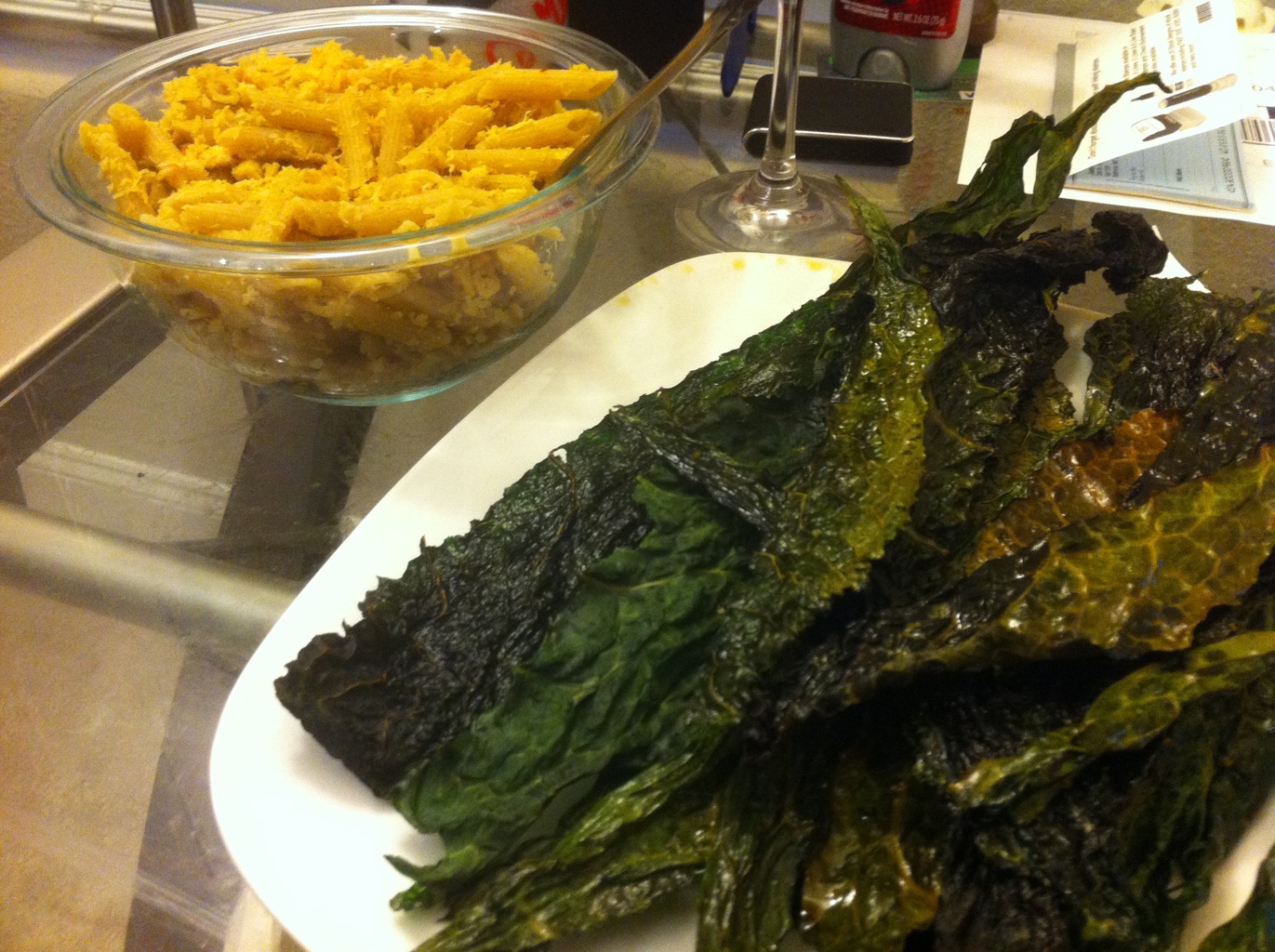 First, the kale chips since they were better. I used dino/Lacinato/Tuscan kale. I cut off the stems but kept the leaves long. I used olive oil pam and and sprayed a tray, layed the kale on it, then pammed it again. I then sprinkled salt. Cooked them for 20 min @ 300°F. They really did crisp nicely, though I think they may have burnned a bit. I like them a lot though they got rather "dust" as I ate them. I would definiltiy do it again. I wonder how it works with regular kale. Not that there is much to say about the kale, but I based it on this

I also made a ratherawfultuna/shrimp/pasta concoction. I basically mixed canned tuna, canned shrimp (very tiny ones) and pasta with a lot of seasonings including curry powder. It was a dry higher-than-I-would-like point meal. Not to be done again without some improvement!