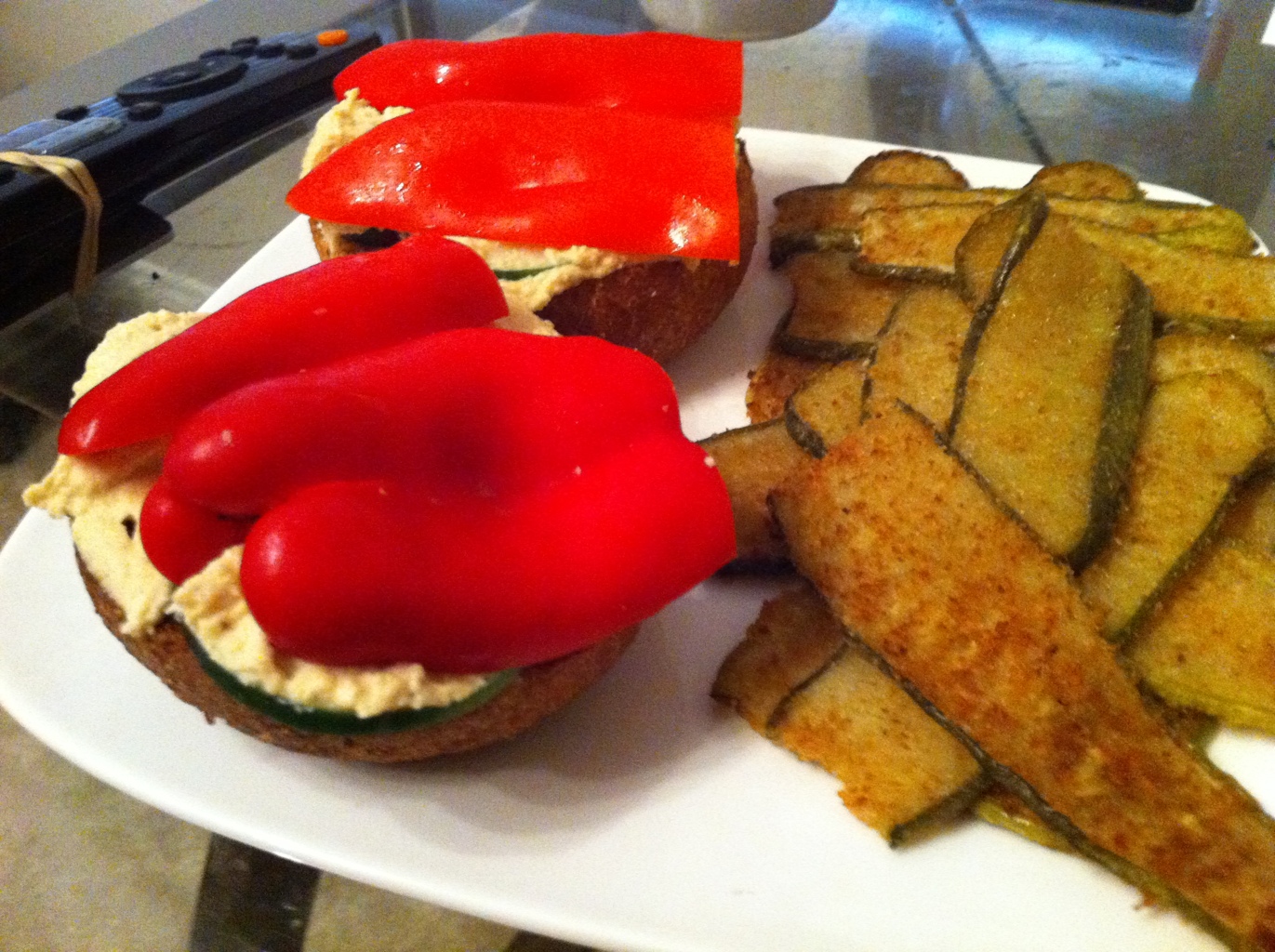 I wasn't looking for a huge meal so I made this. I was at Whole Foods where they were sampling fried pickles. They used a special breading mix and didn't use an eggwash. Instead, they relied on the water of the pickles. I decided to try this but with regular breadcrumbs. I dried the pickes first so they weren't soaked and that may have been the problem. Not a huge amount of breadcrumbs stayed on (except the one in theforefrontof the picture). The good thing is that it saved calories, but more would have been better. I liked the ease of no egg wash, but next time, I will not try to get off as much water. They were still very good but tasted more of hot pickles than hot "fried" pickles. I baked them at 450 for 10 minutes, flipped them and then another 5.

I also made an open-faced hummus, cucumber and peppersandwich. I toasted a whole wheat roll, and put down half a Laughing cow. Then I put on sliced cucumber, then low pointhorseradishhummus (2 tbsp for one point, from Trader Joes), then sliced sweet peppers. Thesandwichwas pretty good, but I should have not done open-face. It would have been easier to eat and I think I would have liked it more.

A lot of cucumbers in this meal, but it was good.