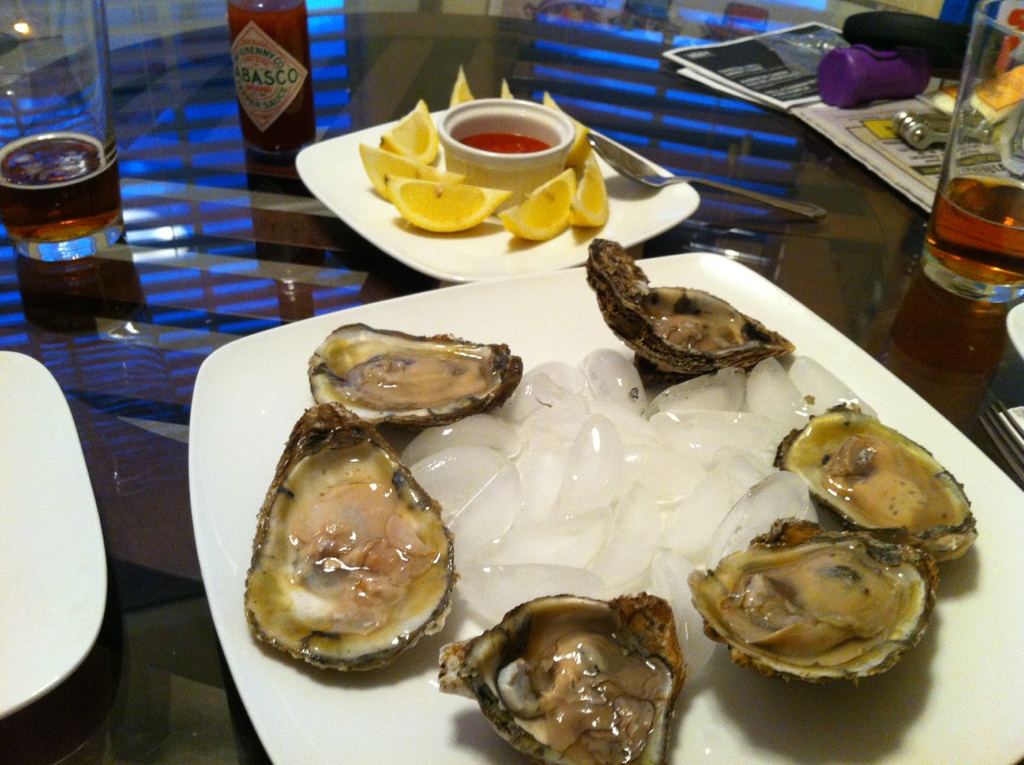 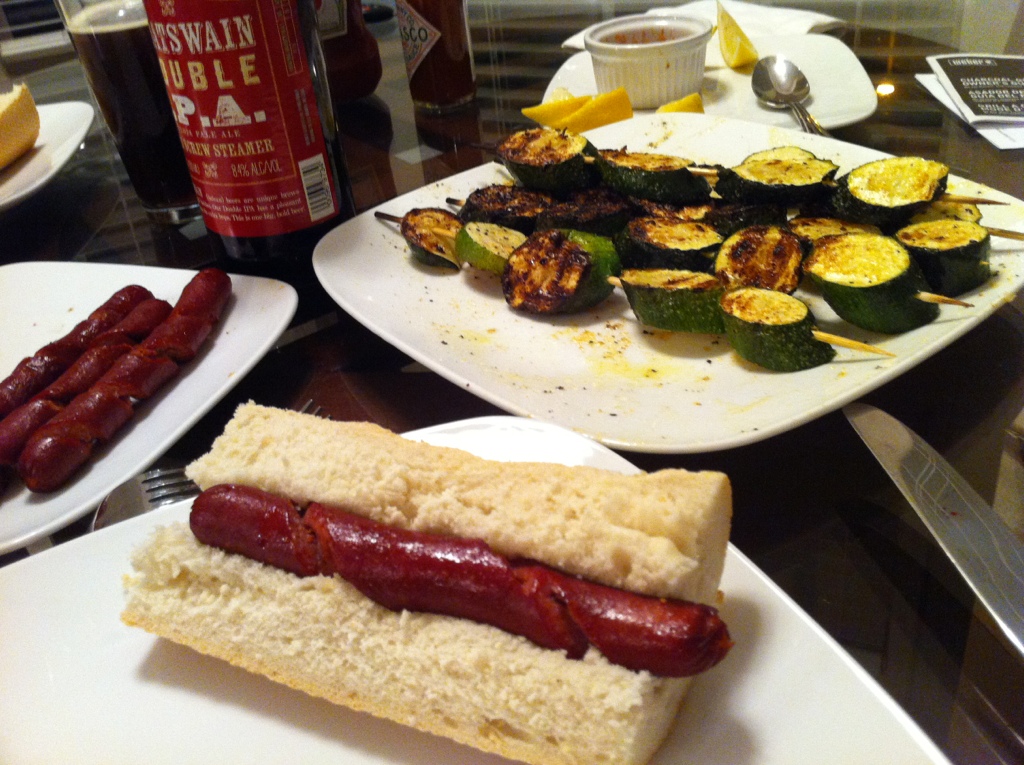 Meredith was here so we tried a bunch of new things for dinner. It was the first time I have ever grilled with charcoal (and I have barely grilled before) and it was my first timeshuckingoysters.

We boughtChesapeakeOysters at Whole Foods. We watched a few different videos on how to shuck them. We had a bit of trouble but for the most part, we were able to open them without spilling too much liquid and/or getting too many shells and sand in them. We served them on ice (or sorts) and with cocktail sauce and lemon. We ate them raw and survived to tell the tale. Pictured are only 6 but we bought 12.

And then there was the grilling! I have read a few things on how to work with charcoal but we decided to play it safe and cook hotdogs since they are safe and already cooked.

Well, the grill started out well. It lite like I had expected though I guess it took a bit long. I dumped the coal and started cooking. When I flipped them, they were cooked but the grill felt kinda cool. Everything was cooked well, but the next batch of hot dogs didn't work too well. I had to cook them on the grill pan. I do not know why it went out so quickly but again, thankfully they were precooked so there was no real risk.

As you can see from the picture, we also tried sprial cutting them. See this video for more info on them. However, the hotdogs were really thin since they were the really low fat. I used a steeper angle to not go as deep.

Oh, as we split a french baguette lengthwise to have good bread with them.