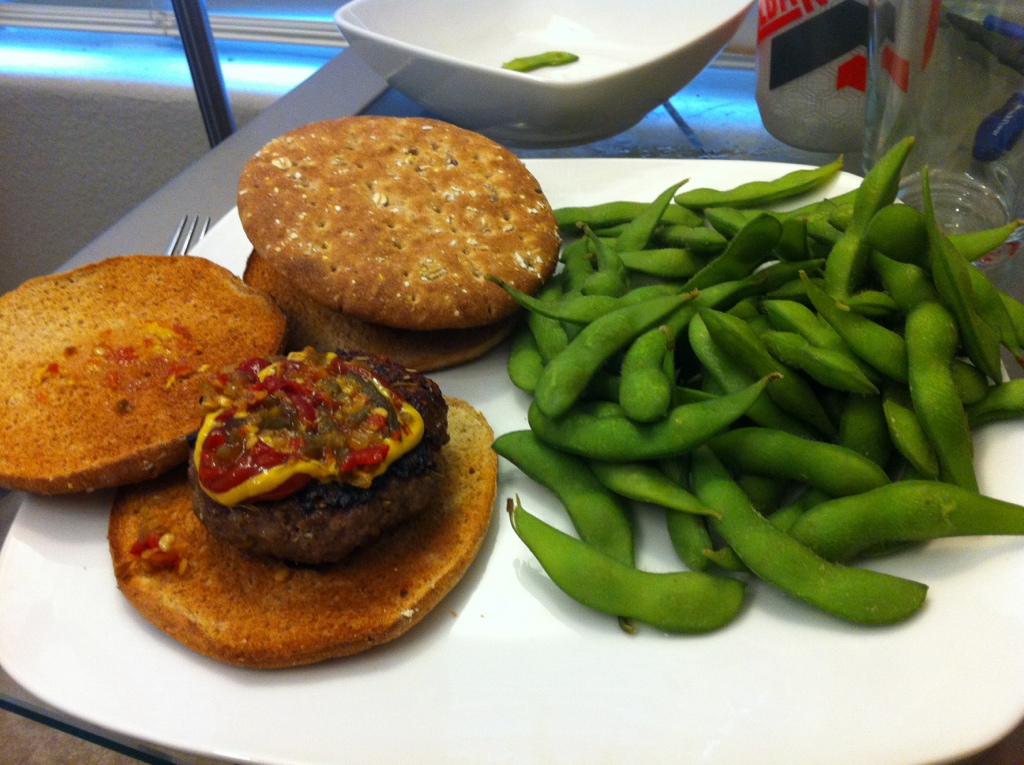 I made hamburgers with a bunch of different seasonings. I do not even remember what I used but I know there was rosemary, onion powder, garlic powder, some Montreal Chicken Seasoning and probably some salt. They came out a bit dry but that is not too surprising since a) I tend to overcook hamburgers no matter what and b) I used extra lean beef. I need to work on making them bigger and thinner but it is hard to form them that way. I'll look into it.

I also had edamame.