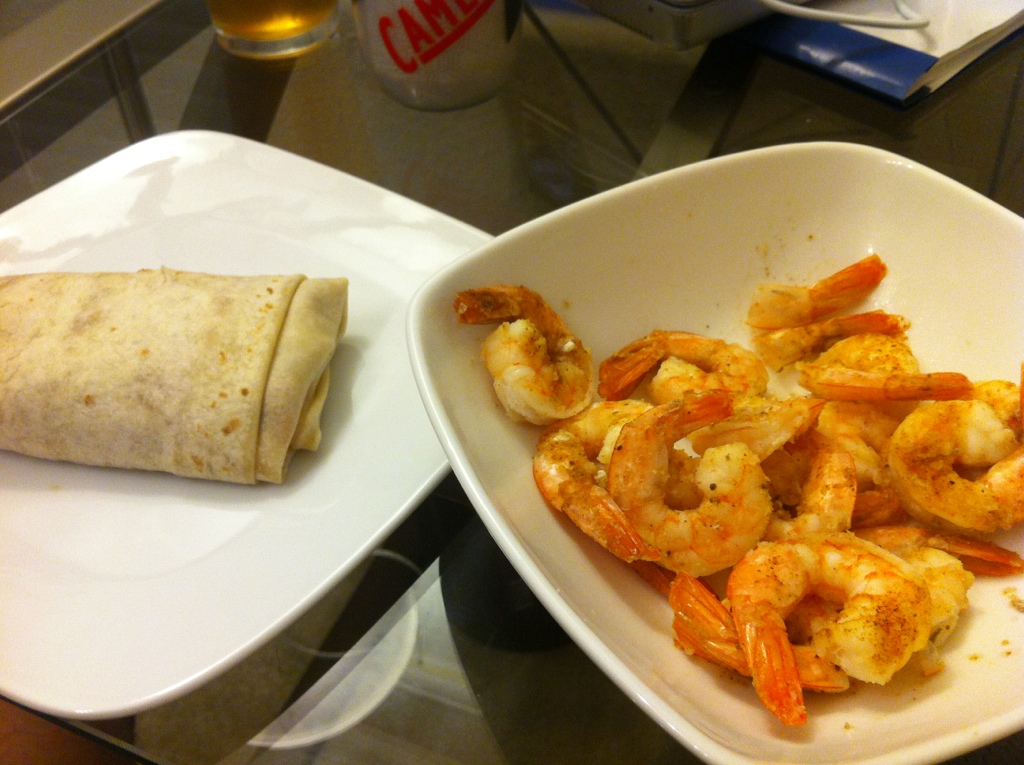 I just steamed shrimp in the steamer with some Old Bay. This was my first time trying to steam them, let alone from frozen. It worked pretty well except that I think I overcooked them a bit. One thing I learned is that you have to clean the pan. I didn't think about it since they were steamed but the whole apartment stunk the next night from the pan.

I also had a frozen burrito from Trader Joes. I do not recall which kind it was.