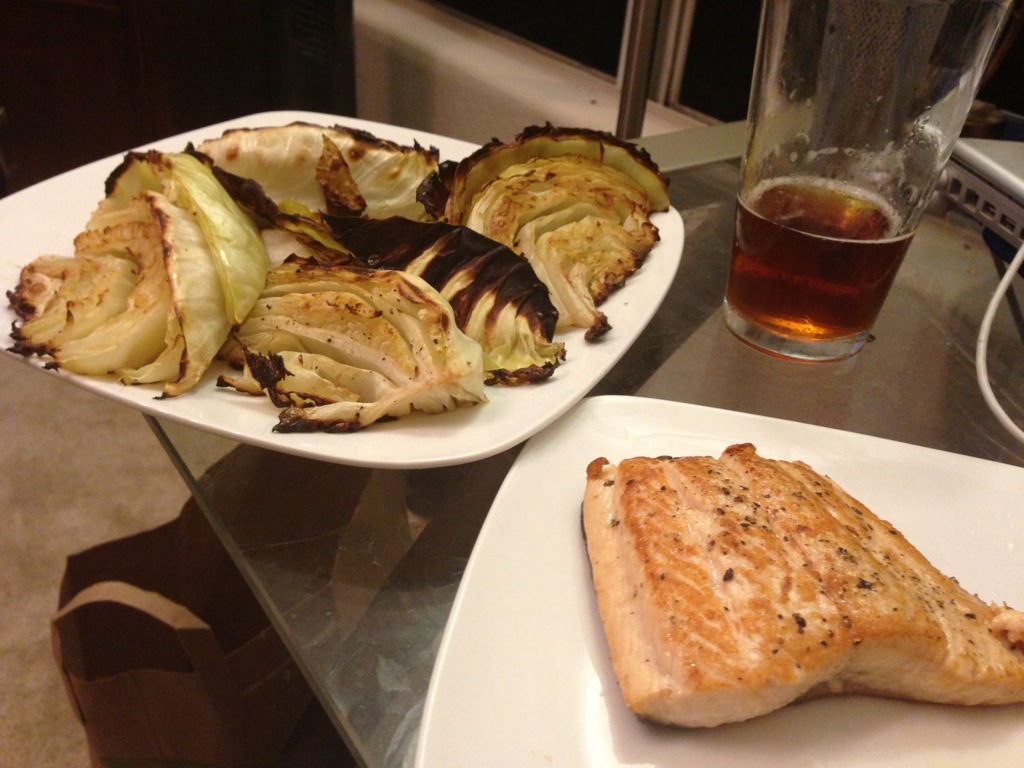 First, the salmon. I used the technique discussed on 2011-12-25 involving both the oven and a cast-iron pan. I figures that since the fish was thin, I figured it would need less time. When I wastransferringthe fish to plate I dropped a piece on the floor. I guess the good thing about that was I could see that it was woefully undercooked. Back in the oven it went! (and the floor piece became mostly lunch and partially Gracie's dinner). Overall, it was pretty good. Nothing special. I think higher quality fish would have helped.

I made the cabbage from the recipe below but completely skipping the bacon. Basically, I quartered it, cut the stem out, and cut it again. Thepiecesdidn't stick together too well. I liked it a lot, but I had higher hopes. I figured that since I LOVE roasted brussel sprouts, I would love this. Well, I did like it, but again, it wasn't out-of-this-world. I think next time I will try to shred it (and then have to mix it more in the oven). I want more smaller pieces.

I was happy with the meal though. Lots of food for very few calories.