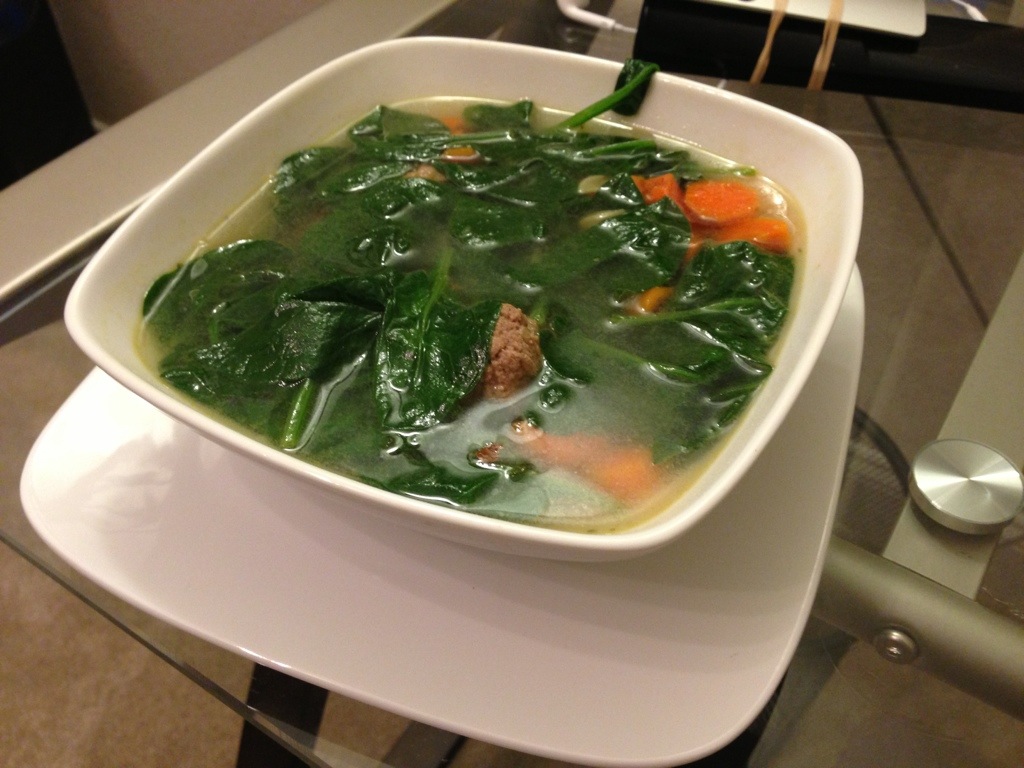 I made italian wedding soup. I looked at a bunch of recipes and basically just made some meatballs with breadcrumbs, parsley, salt, pepper and other seasonings. I read a bunch of different recipes; some suggested cooking the meatballs first while others said to cook in the soup. I decided to cook it in the soup. It was hot enough and I let it boil for a while to make sure that not only the meatballs were well cooked, but the soup was well boiled.

I used chicken broth (better thanbouillon) and carrots. When it was almost done, I put a whole bag of spinach in the soup. For the pasta, I smached a bunch of rotini and used that.

The soup was okay, butdefinitelynot as good as others I have had. It just didn't have that much flavor. I do not know what other recipes do, but I will read more recipes before I try again.