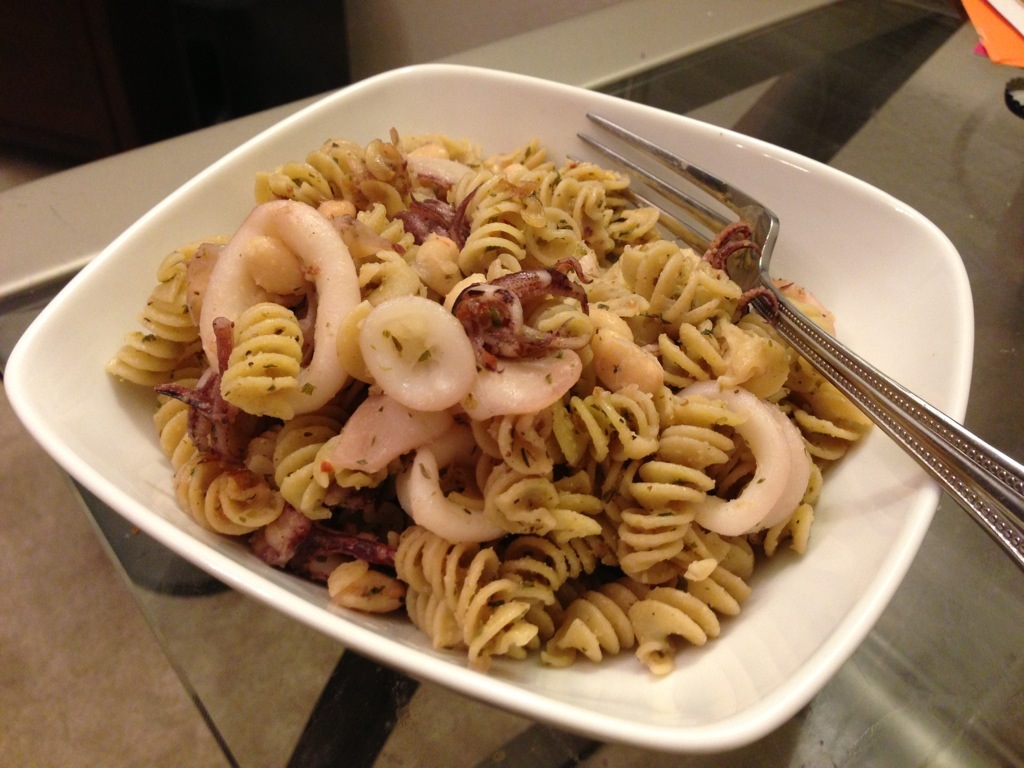 This was inspired by the recipe below. I followed the idea pretty closely, or at least the idea. Dealing with squid is gross! They are just really strange. And I had to clean out the body part to get rid of the sand and stuff. I was careful to make sure it was well defrosted and then I blotted it dry. However, when I added it to the oil, so much water came out that I had to let it steam and cook out for a while. I was worried that it would be overcooked and rubbery, but it wasn't too bad. I also aded a lot of other seasonings but I do not remember what they were.

The meal was pretty good and it made a lot! I used the full lbs of squid but less pasta (and I used the "plus" kind). I even had enough left over forbreakfastthe next day (I know, squid for breakfast; GROSS!, but it was fine)