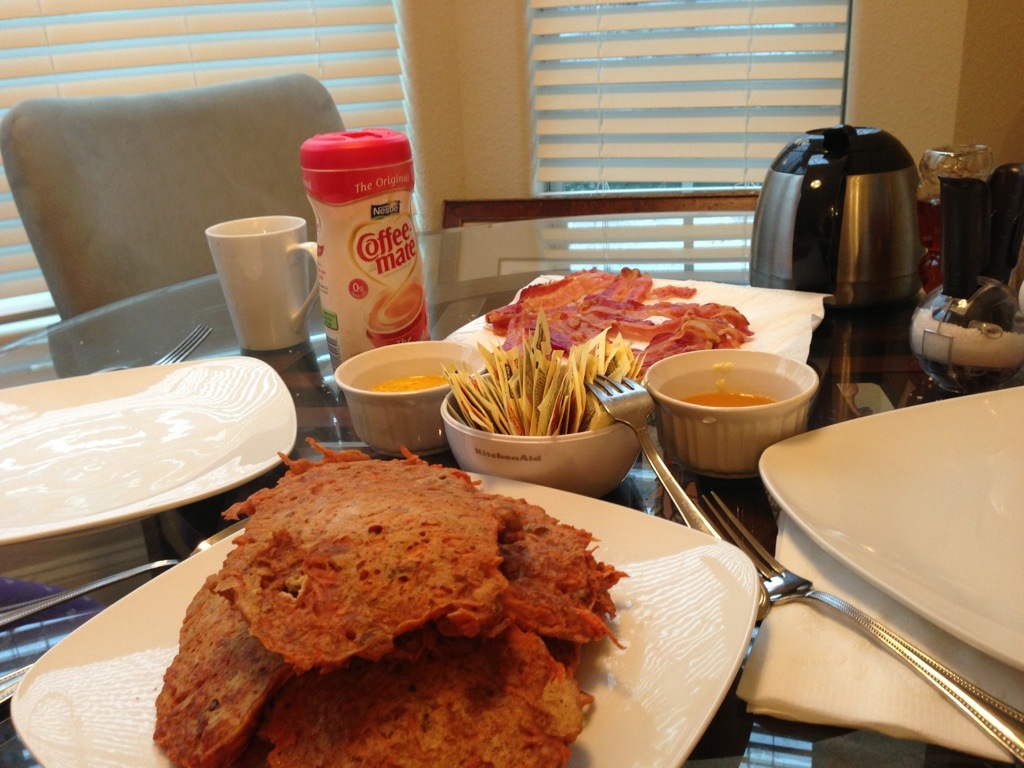 I made carrot cake pancakes from the usual recipe. This time, I actually used walnuts which I had skipped in the past. I do not know what caused it, but it was super thick. Even before the carrots. With the carrots, it was still pretty dense. I tried to let it cook for a long time to make sure it was cooked through. Still, it ended up being a bit raw inside

I also made bacon in the oven. I used the "trick" where you use a cooling rack in the pan so that the bacon grease falls off while it is cooking. There was extra bacon so I cooked that in a pan as well but without the rack. Both came out very flat and well cooked, but the one without the rack was actually better. I guess because it kept frying in its own oil as opposed to it dripping down. I'll keep that in mind for next time and probably skip the rack.