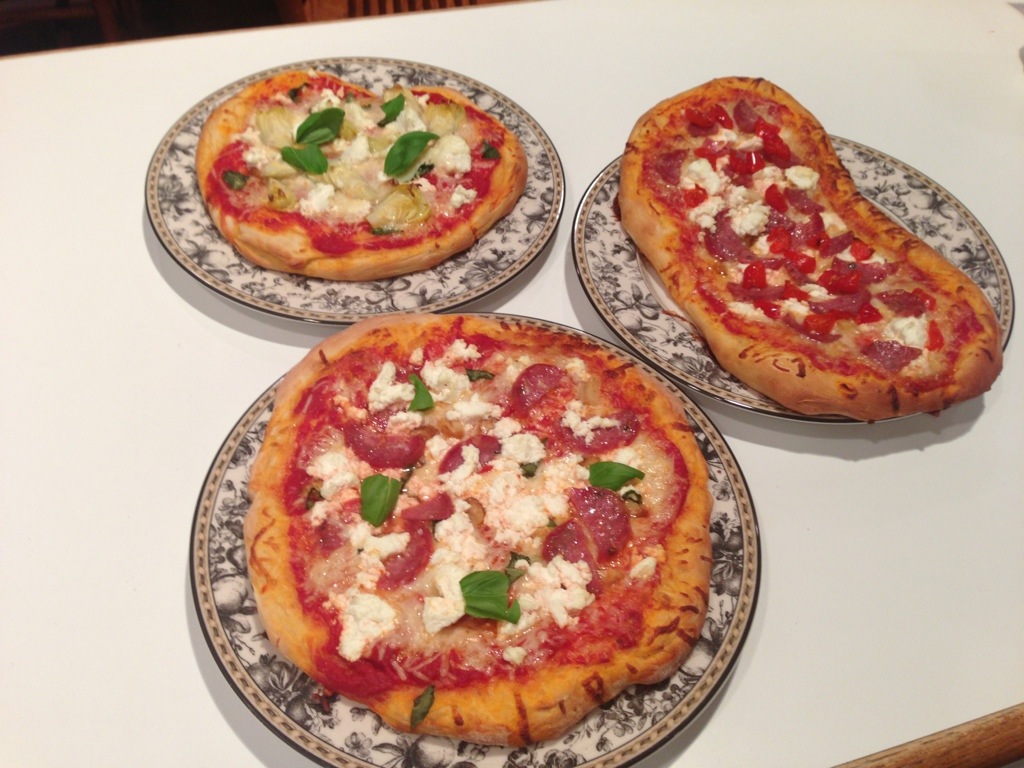 We did make your own pizza but we basically assembled our own pizza more than make it. We purchased dough, sauce and all the stuff. We bought a thing of dough to make one large and it came as 1 lbs 12 oz. we split it into three and made smaller pizzas. This was a nice size but we could have tried to stretch it thinner since it rose a lot in the oven.

I liked how thin the sauce was. Again, we didn't make it but I have a better idea of what I want my sauce to be like. I have seen recipes for uncooked pizza sauce that is based on just crushed tomatoes. I'll look into it.

In no specific order, the toppings we had were