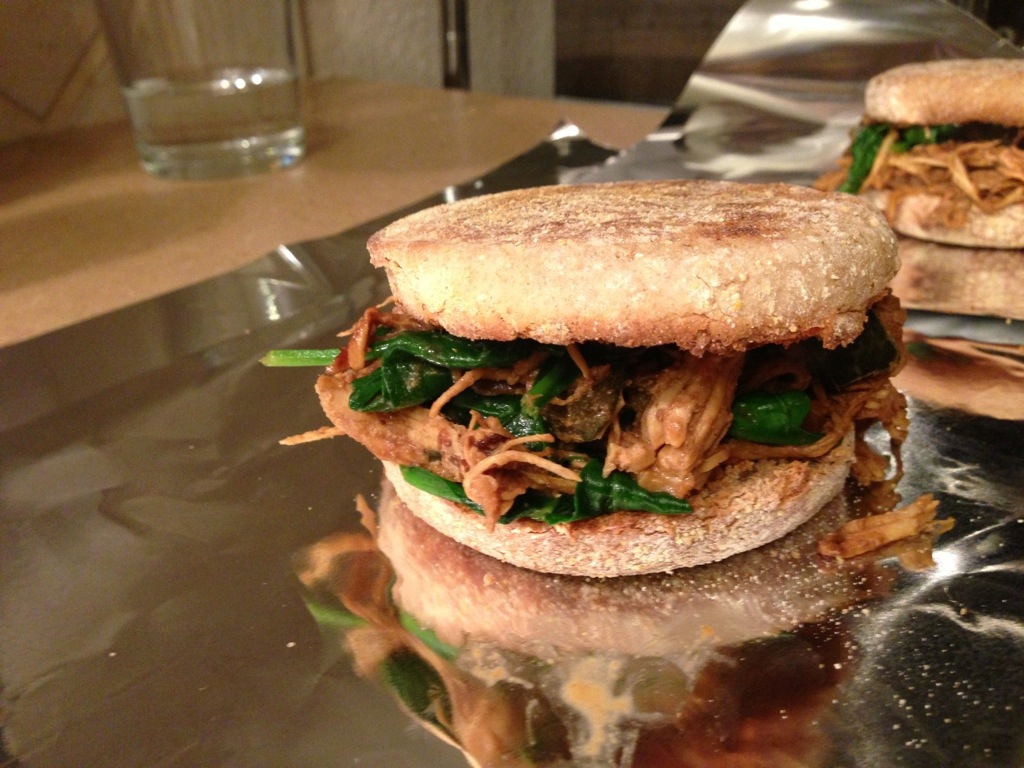 I made this for lunch tomorrow. I basically took shredded chicken, with caramelized onions, poblano peppers and spinach. I again tried the fast caramelization but with a tiny bit of baking soda. It worked better this time. I also added laughing cow cheese. Basically, I made taquito filling but I used it on a sandwich. I also had a bit of extra.

I haven't tried the sandwiches, but the filling was very good.